The NRA doesn't care about black heroes: Jemel Roberson was "the good guy with a gun"

A black security guard subdued an active shooter in an Illinois bar. When the police arrived, they shot him 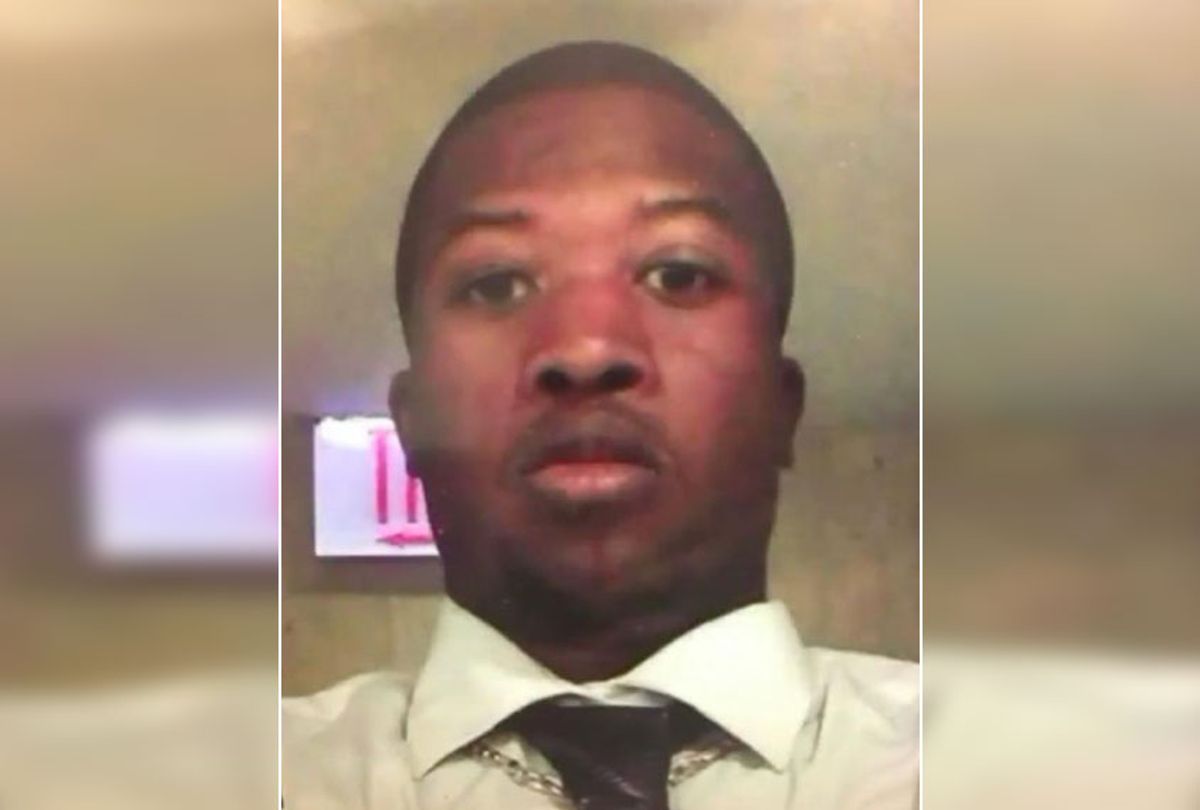 On Sunday night, around 4 a.m., a Chicagoland police officer shot and killed Jemel Roberson, a black man, after reports of a shooting came from a bar in a Cook County suburb. Roberson, 26, was not the assailant — he was the armed security guard who had secured the alleged shooter and saved lives. He was shot for saving a person's life while being black. I wonder why President Trump and the NRA have been silent on this one?

That night, Roberson, who was employed by Manny’s Blue Room, had escorted a group of drunk men out of the bar. According to WGN9 Chicago, witnesses say one came back with a gun­­ and opened fire. Roberson apprehended a person involved in the shooting in an effort to protect the other patrons as they exited the club. Midlothian police officers arrived on the scene with little to no details, and it appears that they saw a black man with a gun, ignored his uniform and hat labeled SECURITY, and shot him. He died in the hospital.

Adam Harris, who was at the lounge that night, gave this account: "[Roberson] had somebody on the ground with his knee in back, with his gun in his back like, 'Don’t move,’” Harris said. "Everybody was screaming out, 'Security!' He was a security guard!"

“And they still did their job, and saw a black man with a gun, and basically killed him."

A spokeswoman for the Cook County Sheriff's Office stated that Jemel Robinson had a valid gun license (a FOID card) but not a concealed carry license. As if the cops ever take the time to ask, “Hey! Do you have a valid concealed carry permit?” before they open fire?

His mother Beatrice Roberson has filed a federal lawsuit against the officer, whose identity has not been released, as well as the village of Midlothian, alleging the shooting was unprovoked, unjustified, excessive and unreasonable, according to the New York Times.

Roberson's son is nine months old. And now with the holidays approaching, racism, flawed gun culture, and poor policy is prohibiting yet another innocent black man's family from celebrating with him.

"This was going to be my baby's first Christmas with his dad and now he's going to miss out on everything," Avontea Boose, the child's mother, told The Associated Press.

Robinson wasn’t a thug. He didn’t have a troubled past. He was a man of God who played drums at several churches in Chicago and surrounding counties. And according to reports, he even wanted to become a police officer.

"Every artist he’s ever played for, every musician he’s ever sat besides, we’re all just broken because we have no answers," the Rev. Patricia Hill of Purposed Church said. "He was getting ready to train and do all that stuff, so the very people he wanted to be family with, took his life.”

I’m waiting for the National Rifle Association to honor Roberson as a hero on their website's front page. Isn’t he the perfect example of why they advocate for more armed citizens and guns in public places? A guy opens fire at a bar, putting many in danger, and another armed man swoops in and saves the day?

Like Philando Castile before him, a licensed gun owner who was killed by a racist cop in Minnesota, Roberson was black. And to the NRA, it's clear that black gun owners don’t matter. These horrible situations expose the stupidity of the idea that more guns in schools, or more guns in general, make us safer. Especially if you're a person of color, it leads to more tragedies.

Last month after a gunman murdered 11 people at the Tree of Life synagogue in Pittsburgh, President Trump irresponsibly said, "If there was an armed guard inside the temple, they would have been able to stop him.” What the president doesn’t understand is that even trained shooters miss their targets, especially when their target is firing back, even more people can get hurt. And if that armed guy in the synagogue just happened to be black like Roberson, cops could have arrived and shot him too. It wouldn’t have mattered if he had saved 1,000 Jewish lives first, because in the eyes of law enforcement, black skin equals guilty.

Roberson — a father, a church musician, and a uniformed working and licensed gun carrier — did nothing wrong. He was the hero in the room that night, leaving the cops who shot him, along the the department they represent, with nothing to say but the usual empty promise, "We are conducting a investigation." Meanwhile, as expected, President Trump and the NRA remain silent.