Pelosi, meanwhile, said she's confident she'll garner the necessary support and emerge as the next speaker 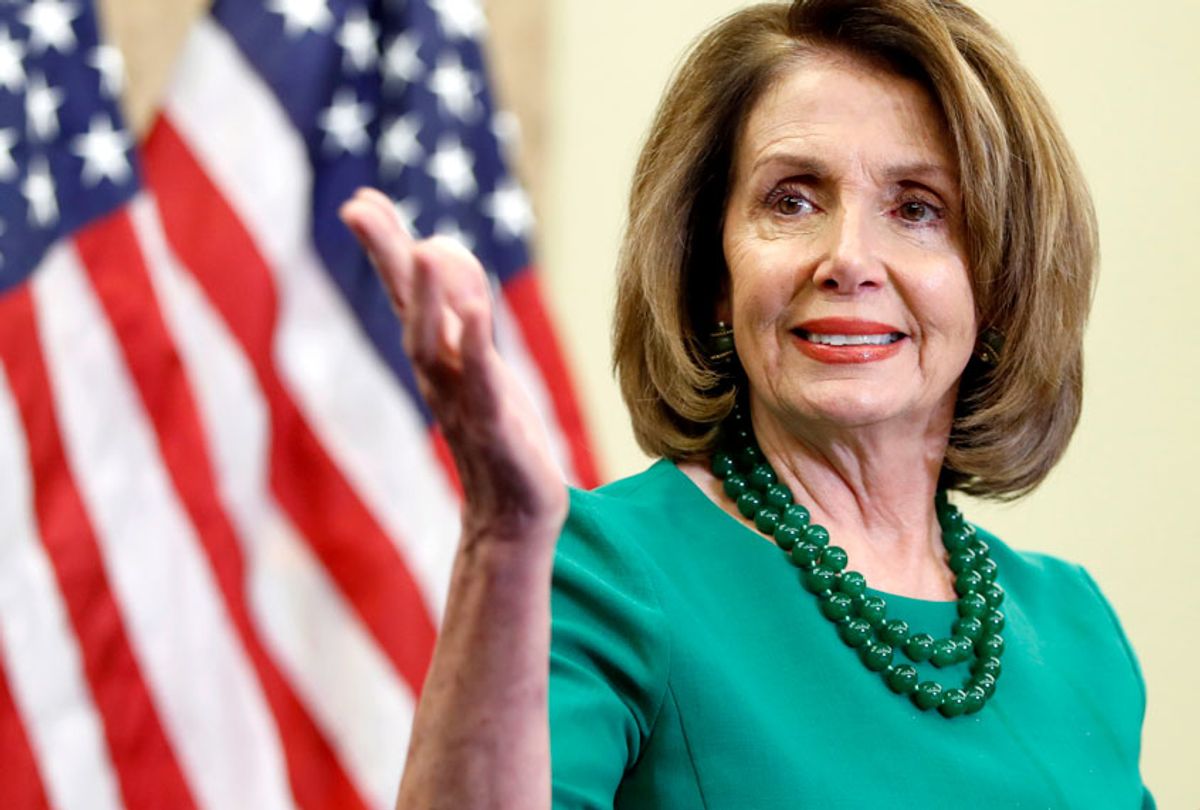 Democratic Leader Nancy Pelosi (D-Calif.) could soon face the most challenging test of her grip on power since becoming a household name some 15 years ago. The longtime California congresswoman, who made history in 2007 by becoming the first woman elected as speaker of the House, has expressed her desire to wield the gavel once again when her party takes over the House of Representatives in January — but her new campaign is already facing obstacles.

Pelosi has already faced resistance from a fresh crop of Democrats, who have said on the record that they intend to oppose her in a new call for leadership. It seems the anti-Pelosi rebellion is only growing and is being again lead by Rep. Seth Moulton (D-Mass.) and Rep. Filemon Vela (D-Texas). The pair of returning Democrats is continuing a previous effort to block Pelosi from reclaiming the speakership, and they have suggested they have enough support to cause a major leadership shake-up within their caucus — despite Pelosi's confidence that she will garner the necessary support and reassume the speakership.

Moulton told reporters Tuesday that he was "100 percent confident" that a contingent of Democratic lawmakers trying to block Pelosi from being elected speaker on the floor had the votes to do so. The anti-Pelosi group has been gathering signatures from new and returning members of the caucus on a letter that calls for new Democratic leadership. The letter will also note that the signatories have pledged to oppose Pelosi during the January floor vote for speaker.

The plan is to send the letter before the Democratic Caucus holds its leadership elections on Nov. 28. Pelosi will need to win a simple majority of support within the caucus to win be nominated as speaker — a threshold she is virtually assured to meet, especially since no one is currently challenging her. She will then need the support of the entire chamber — 218 members, if everyone is present and voting — to come out on top in a floor vote.

"The whole point of the letter is to accelerate this process, so that it doesn't spill out onto the floor . . . We want to make it clear before it comes to that that she should step aside," Moulton said. "We're trying to do the right thing for the party by solving this ahead of time."

Moulton has vowed not to run for a leadership role, but he said he believes several lawmakers will announce bids to challenge Pelosi. The anti-Pelosi group is not endorsing or suggesting an alternative to Pelosi — they're only concerned with ensuring that she is not re-elected speaker.

Critics of the anti-Pelosi group argue that it is wrong to try to give the boot to the highest-ranking woman in Congress in a year that saw a record number of women vying for political office and dozens win. "I think every single one of us that are part of this effort to forge new leadership are very mindful of the fact that women form a large part of our caucus," Rep. Filemon Vela (D-Texas) told reporters. "It's difficult to say now, but I think every single one of us are motivated to ensure that we have a woman leading the caucus."

Meanwhile, Pelosi's supporters are working on drumming up support among caucus members. Reps. Rosa DeLauro (D-Conn.) is reportedly planning on releasing a letter from female lawmakers demonstrating their support for the California Democrat.

"We took the House of Representatives back. It was one individual who worked with many others but as the leader made it happen," DeLauro told reporters. "There would not have been an Affordable Care Act without Nancy Pelosi. I was there on economic recovery, and we wouldn't have done that. Major, major pieces of legislation that got passed because of the strength of her knowledge, her experience and the gut about what are the values of this country – and what do we need to do. Therefore, she deserves to be speaker of the House."