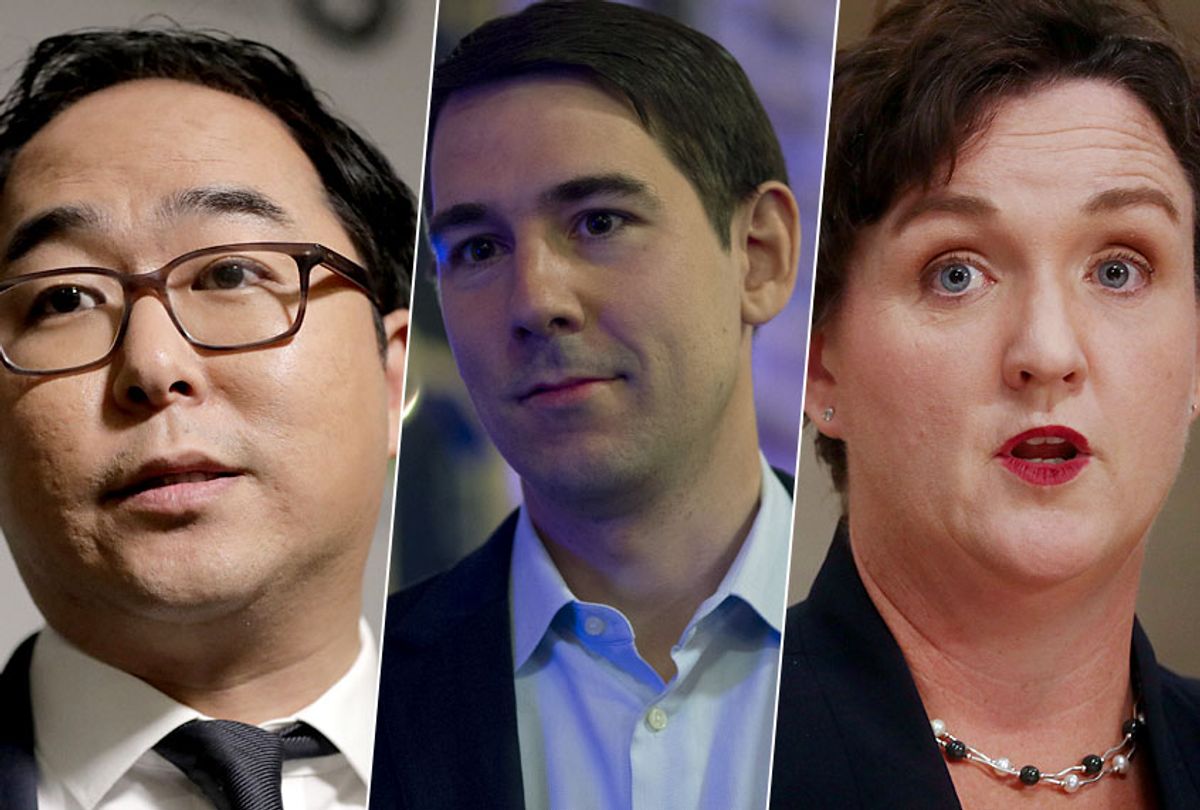 Democrats are in good position to increase their majority in the House of Representatives as ballots continue to be counted in nine remaining uncalled races.

Many of the undecided races are in California, where most people vote by mail and ballots can be postmarked by Election Day, which means they may not arrive until days later.

In California's 10th congressional district, in the San Joaquin Valley, Democrat Josh Harder leads incumbent Republican Rep. Jeff Denham by just over 3,000 votes. The 10th was one of 25 Republican-held districts carried by Hillary Clinton in the 2016 race. Denham won his prior re-election by just 3.4 percent.

“Late-arriving ballots tend to lean Democratic in California, so those GOP leads will probably shrink, if not reverse entirely,” FiveThirtyEight predicted Monday.

In Georgia, where most of the focus has been on the close governor's race, incumbent Republican Rep. Rob Woodall leads by less than 0.5 percent over Democrat Carolyn Bourdeaux for the 7th district seat, representing the Atlanta suburbs.

In New York's 22nd district, which is in the central part of the state and includes Binghamton and Utica, Democrat Anthony Brindisi holds a surprise lead of less than 1,300 votes over incumbent Republican Rep. Claudia Tenney, a close ally of President Trump. A state Supreme Court judge has ordered all ballots in the race impounded, pending a final count of absentee and provisional ballots. Brindisi recently told a news station he is "still very confident" he will prevail and is making plans to be sworn in this coming January.

In Maine, incumbent Rep. Bruce Poliquin holds a lead of less than 2,000 votes over Democrat Jared Golden in a race that may be the first to be decided by ranked-choice ballots, in which third-party candidate votes are reallocated to the voters' second choices until one candidate reaches a majority of votes. Poliquin has sued to stop the ranked-choice count, which is likely to favor Golden.

In Texas' 23rd district, Republican Rep. Will Hurd holds a lead of about 1,100 votes over Democrat Gina Ortiz Jones, and has declared victory. But there are still provisional ballots that could be counted if issues that disqualified them are remedied, The San Antonio Express-News reported.

In the Senate, the two undecided races appear less likely to feature surprises. Democrats are still hoping to pull out a win in the Florida Senate recount between incumbent Sen. Bill Nelson and Republican Gov. Rick Scott, although that is statistically improbable.

In Mississippi, the Senate seat vacated by Republican Thad Cochran will be decided in a Nov. 27 runoff election between appointed Republican incumbent Sen. Cindy Hyde-Smith and Democrat Mike Espy, a former agriculture secretary. Democrats' chances in that one are slim as well.

Democrat Kyrsten Sinema was victorious in the other lingering Senate race, however, winning outgoing Republican Sen. Jeff Flake's seat in Arizona. Despite complaints about the slow Arizona vote count from many Republicans, including President Trump, Republican Rep. Martha McSally conceded defeat on Monday.