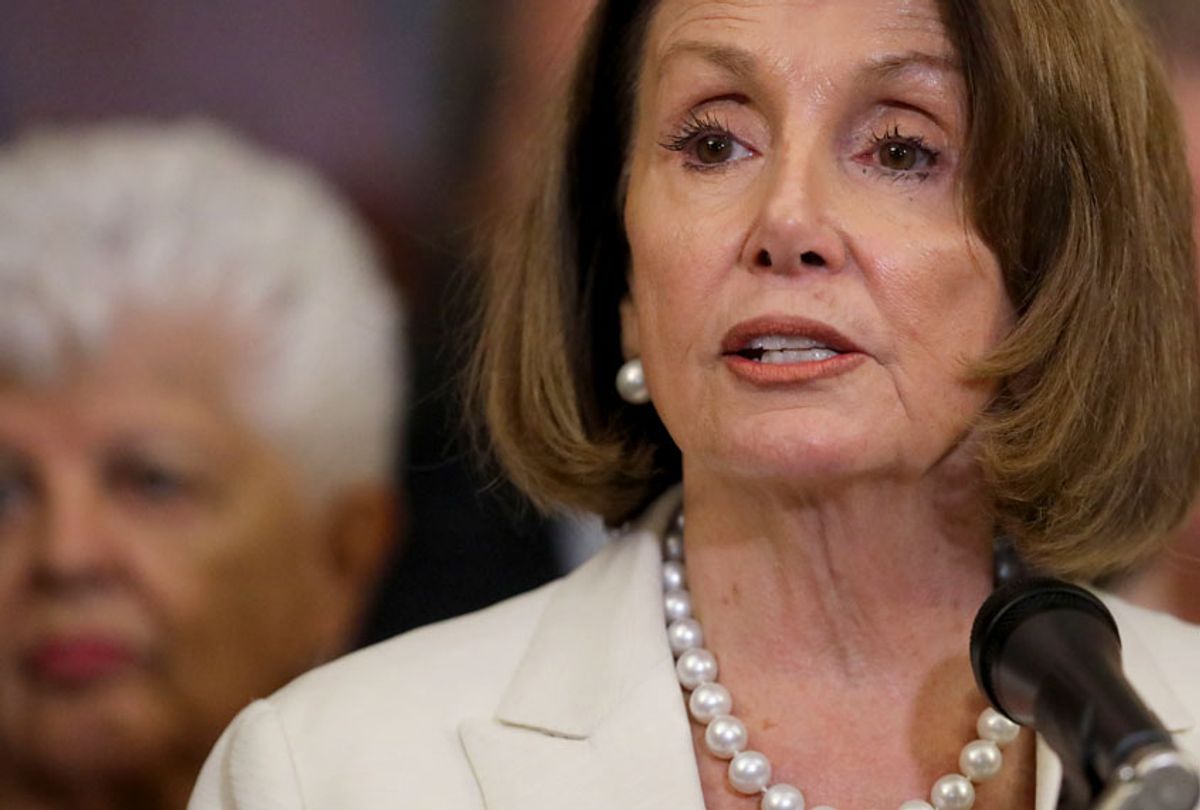 Democratic Leader Nancy Pelosi could soon face the most challenging test of her grip on power since becoming a household name some 15 years ago. The longtime California congresswoman, who made history in 2007 by becoming the first woman elected speaker of the House, clearly hopes to wield the gavel once again when her party takes over the House of Representatives in January — but her new campaign is already facing early obstacles.

Rep. Marcia Fudge (D-Ohio), the former chair of the Congressional Black Caucus, told the Cleveland Plain Dealer that she is weighing challenging Pelosi for the speaker's gavel.

"People are asking me to do it, and I am thinking about it," Fudge said. "I need to give it some thought and see if I have an interest. I am at the very beginning of this process. It is just in discussion at this point." Fudge has not responded to Salon's request for comment.

Fudge, who has signed a letter pledging to oppose Pelosi on the House floor, does not believe Pelosi can secure the 218 votes she needs to reclaim the speakership. Fudge previously supported fellow Ohio Democrat Rep. Tim Ryan, who challenged Pelosi for the minority leader post in 2016, and has also reportedly pushed for Rep. Jim Clyburn (D-S.C.), currently the assistant minority leader and the highest-ranking African American lawmaker in Congress, to run for the top spot.

Fudge's announcement comes as Pelosi is facing resistance from a fresh crop of Democrats, who have said on the record that they intend to oppose her in a new call for leadership. The current anti-Pelosi rebellion is apparently being led by Reps. Seth Moulton of Massachusetts and Filemon Vela of Texas. The pair of returning Democrats is continuing a previous effort to block Pelosi from reclaiming the speakership, and they have suggested they have enough support to cause a major leadership shake-up within the caucus. Pelosi, meanwhile, has expressed confidence that she would garner the necessary support and reclaim the speaker's gavel.

Moulton told reporters Tuesday that he was "100 percent confident" that a contingent of Democratic lawmakers trying to block Pelosi's election as speaker had the votes to do so. When Pelosi was asked about Moulton's remarks, she said: "I'm a busy person, but I will be the speaker of the House no matter what he said."

The anti-Pelosi coalition plans to publish its letter before the Democratic caucus holds its leadership elections on Nov. 28. Pelosi will need to win a simple majority of support within the caucus to be its speaker nominee — a threshold that she is virtually assured to meet, since no one is currently formally challenging her. If Pelosi prevails, she will then need a majority of the entire House chamber — 218 members, if everyone is present and voting — to win a floor vote.

Democrats are bound to vote for whomever clinches the caucus' nomination for speaker. This could create an out for anti-Pelosi newcomers, who can vote against her in caucus and later explain to their constituents that they were bound by caucus rules in the final floor vote. Some Democrats, including Fudge, have previously called to increase the threshold for the caucus vote to 218 in order to align with broader House rules. Pelosi supporters on Monday argued against the "extraordinary" rule change in a letter.

Pelosi, meanwhile, has already begun to argue her case with incoming Democrats who are considering opposing her, as her critics press them to stay firm. Pelosi's allies, Politico reports, "believe they can pick off the lawmakers on the letter with promises of committee posts or other prime positions."

While the decisive floor vote on the next speaker isn't until January, the lobbying campaign is in full force. Pelosi huddled with the bipartisan Problem Solvers Caucus and put out a press release promising to work with it on reforms to decentralize power to rank-and-file members. She also met with the Congressional Black Caucus, whose leader, Rep. Cedric Richmond (D-La.), recently floated the idea of having a CBC member challenge her or Rep. Steny Hoyer (D-Md.) for the No. 1 or No. 2 position.

"She's been very active," Rep. Gwen Moore (D-Wis.), a CBC member, said before Fudge revealed she might run for speaker. "I don't know where [Pelosi] gets the energy to do all that she's done. I'm curious as to who thinks that they can rival her. So I'll be very eager to see who this shadow candidate is."

The Pelosi debate also spilled into a Wednesday afternoon caucus meeting, when Democrats discussed the rules changes that Pelosi's critics are seeking. Rep. Ed Perlmutter (D-Colo.), who opposes Pelosi for speaker, stood to advocate for a proposal that would allow members to vote for whomever they want on the House floor for speaker.

"The untenable situation that we are giving all of these new members is saying you either violate the caucus rule and they try to make it seem like there is a consequence to that — there isn't . . . nothing happened to me — or you keep your campaign promise," Rice told reporters.

Rice also criticized Pelosi supporters who have argued that it is wrong to try to give the boot to the highest-ranking woman in Congress in a year that saw a record number of women vying for political office and winning.

"They should not be made to feel that they are 'anti-women' if they don't want to vote for Nancy Pelosi," Rice said. "I don't think that's fair, to put all the incoming women in that position, where you're telling them if you're not going to support her, you're basically betraying your gender. That's just not true . . . They should be treated with more respect."