Why comments sections must die

Far from being open forums, comments sections filter out thoughtful conversation in favor of hate. Time to end them 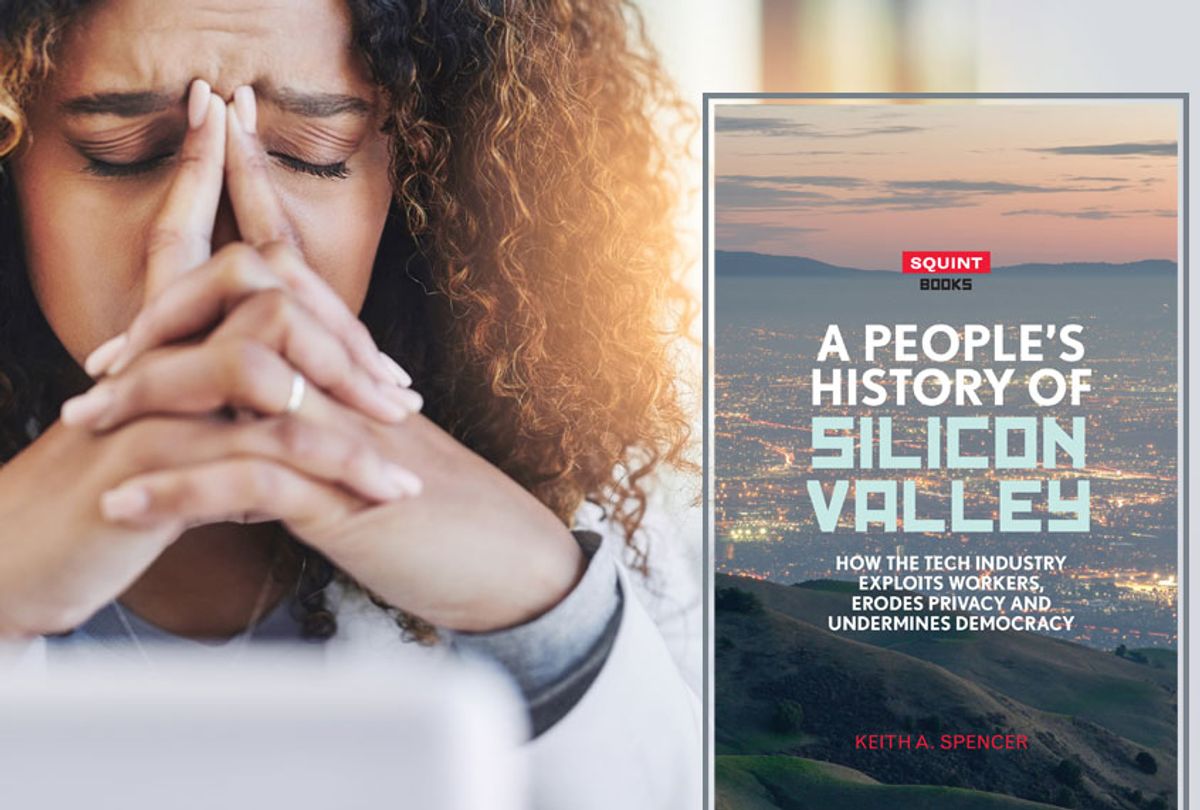 Excerpted from “A People’s History of Silicon Valley: How the Tech Industry Exploits Workers, Erodes Privacy and Undermines Democracy,” by Keith A. Spencer, on sale now from major booksellers. © 2018 Eyewear Publishing. Reprinted with permission.

Besides inventing clickbait and downgrading many journalists into curators, Silicon Valley has changed our collective relationship to the news itself. This is because online journalism has presided over a peculiar breakdown in the relationship between writer and reader, and especially between editor and reader – exemplified by the concept of the public “comments section,” common to online news sites and social media pages.

In the old days of print media, the only way for readers to talk back was to mail (and later email) comments to editors who would then pick and choose the most relevant or interesting ones (and weed out the racist, sexist, or just plain mean ones). Online comment sections usually remove editors entirely. Now, anyone is free to go on any news site that allows comments and post whatever inflammatory thing they wish – or reply angrily to other comments pseudonymously. One can engage in the same exercise on most social media sites, such as microblogging platforms like Twitter, video-sharing site YouTube, or link aggregator Reddit. British think-tank Demos conducted a study of Twitter in 2014 in which they found “approximately 10,000 uses per day of racist and ethnic slur terms in English.” These online spaces are frequently used to cyber-bully, shame and humiliate others – in netspeak, what we call “trolling.”

Though the concept of comments sections likely began as a naïve experiment in online media, such sections quickly became omnipresent. Many people, myself included, are horrified at online comments on news articles, and particularly at how out-of-tune they can seem with regional cultural values and ideology.

Why do media empires tolerate, even promote such comments sections? The unsurprising answer is money. “For nearly its entire existence, Twitter has not just tolerated abuse and hate speech, it’s virtually been optimized to accommodate it,” wrote Buzzfeed reporter Charlie Warzel:

Fenced in by an abiding commitment to free speech above all else and a unique product that makes moderation difficult and trolling almost effortless, Twitter has, over a chaotic first decade marked by shifting business priorities and institutional confusion, allowed abuse and harassment to continue to grow as a chronic problem and perpetual secondary internal priority.

In effect, abuse is easy on most online platforms – you just sit down and type. Yet, moderating abuse is the hard — and expensive — part. Talk is cheap, commenting is so effortless, abuse so simple because it’s also profitable. The more that people feel they are engaged with a media outlet, the more likely they will return, their precious eyeballs lingering on an ad or pop-up that nets a few more pennies of revenue to the host.

Many of the largest forums, news sites, and social media platforms ignore the deleterious effects that an unmoderated, pseudonymous commentariat has upon its users’ emotions. As a result, those who are most frequently victimized – even scared off of these spaces entirely – tend to be women, people of color, and gender minorities. In short, victims of online trolling are also those most likely to be oppressed in everyday society.

If you spend a fair bit of time online, you have probably been harassed online in ways that no one has ever harassed you in the real world. In my previous day job as editor-in-chief of an online Bay Area culture magazine, I dealt constantly with moderating and deleting harassing and abusive comments directed at our writers. (My general rule as an editor is that, if you would not say it to the writer’s face, it doesn’t deserve to be online.) For years, I was shocked at the negative and cruel behavior of the online masses, but over time, I came to understand that, through the written veil of online pseudo-anonymity, people are apt to be much more spiteful, hateful, and cruel than they would be if they were communicating face-to-face. Over an Internet connection, you generally cannot see your interlocutor, and they can’t see you; there is a corresponding dehumanization. It’s hard to empathize with someone invisible: rather than a feeling person with a family and loved ones, online, a faceless individual becomes an inanimate punching bag of ideologies. While most people would never spout racist slander in the workplace, online, away from prying eyes and with no other people around to stop it, many commenters feel empowered to say whatever they want.

This effect is known as “online disinhibition” among social scientists. Psychologists believe that the combined effects of lack of oversight, ease of anonymity, and the effect of communication online being slower than a real-life conversation all combine to produce the toxic effects we see in hate speech, abuse, and trolling.

Yet the ability for random users to practice hate speech on Twitter didn’t truly diminish in the intervening years. Though the “report abuse” button existed, in order for the button to actually work, it required a moderator reviewing each and every claim; likewise, as Lindy West pointed out in Jezebel, the “‘report abuse’ button could easily be used against the people it’s intended to protect.” West herself was victimized by online trolls who created a fake Facebook profile for her to mock her feminist views; when she tried to have it removed, her genuine account was reported by the same trolls, and Facebook administrators shut down her genuine profile. “The thought of having my Twitter account potentially suspended by abusers in retaliation for fighting back against my own abuse is profoundly enraging,” West wrote. “[Women online] are treated like subhuman garbage, and that’s because Internet trolling is not random – it is a sentient, directed, strong-armed goon of the status quo.”

One person who might potentially fit West’s category of the “strong-armed goon of the status quo” is the right-wing ethno-nationalist writer Milo Yiannopoulos, who in summer 2016 took to Twitter to join in a slander campaign against comedian Leslie Jones, star of that summer’s reboot of the “Ghostbusters” movie. Jones, who is African-American, was subjected to a storm of racist hate from other Twitter users, led and cheered by Yiannopoulos. “I have been called Apes, sent pics of their asses, even got a pic with semen on my face” [sic] Jones tweeted in July. “I feel like I’m in a personal hell. I didn’t do anything to deserve this. It’s just too much. It shouldn’t be like this. So hurt right now.” The comedian announced she would be quitting Twitter “with a sad heart.” Later, in August 2016, a hacker broke into one of Jones’ accounts, stole private nude photos from her and released them online along with her address – posted on a public website alongside racist imagery of a gorilla.

Yiannopoulos, an editor for the right-wing news site Breitbart, was banned from Twitter for stoking racist and misogynist bullying against Jones. He then took to the Internet to claim that what had happened to him was an unjust violation of his free speech. “Some people are going to find this perfectly acceptable... Anyone who believes in free speech or is a conservative certainly will not,” Yiannopoulos wrote. His fans and followers agreed: the hashtag #FreeMilo began trending on Twitter, as thousands tweeted their support for him, and for his noble pursuit to perpetuate racism and sexism online.

Leigh Alexander, a journalist who had previously been the focus of Yiannopoulos’s (and others’) attacks, pointed out that a mere ban of one abuser doesn’t stop the damage done to women like her and Jones. “We tend to miss the fact that more than mere ‘speech’ is involved,” she wrote in The Guardian:

These campaigns are more than harmless self-expression of differing views – they are waged specifically with the intention to manipulate or damage the target’s public image, to push them into abandoning the platform as Jones did, or to frighten them into silence with threats worded just so that they’re creepy but not actionable.... The harm can be long-term, too – Jones’s Google results are now led by stories of her harassment, not of her theatrical success, and they may be for some time. Lots of women who’ve been targeted still find that hit pieces and slanderous abuse sites are among the first things to come up when they search for their name. I’ve stopped searching for my own. For women or people of color who work in more conservative, less tech-savvy industries, this state of affairs can be genuinely destructive to their future opportunities.

As I've argued before, comments sections are not a zeitgeist of our culture, nor are they a populist reflection of public sentiment. Selection bias and the online disinhibition effect means that the voices of cruelty and hate will always reign, and the voices of reason will sink — or merely not post to begin with. As slanted cauldrons of hate, comments sections do not epitomize the Western ideal of "free speech" in any way. Time to end them.

Excerpted with permission from “A People’s History of Silicon Valley: How the Tech Industry Exploits Workers, Erodes Privacy and Undermines Democracy,” by Keith A. Spencer, available now from major booksellers. © 2018 Eyewear Publishing.