Democrats have won secretary of state offices in Arizona, Michigan and Colorado — here's why it matters 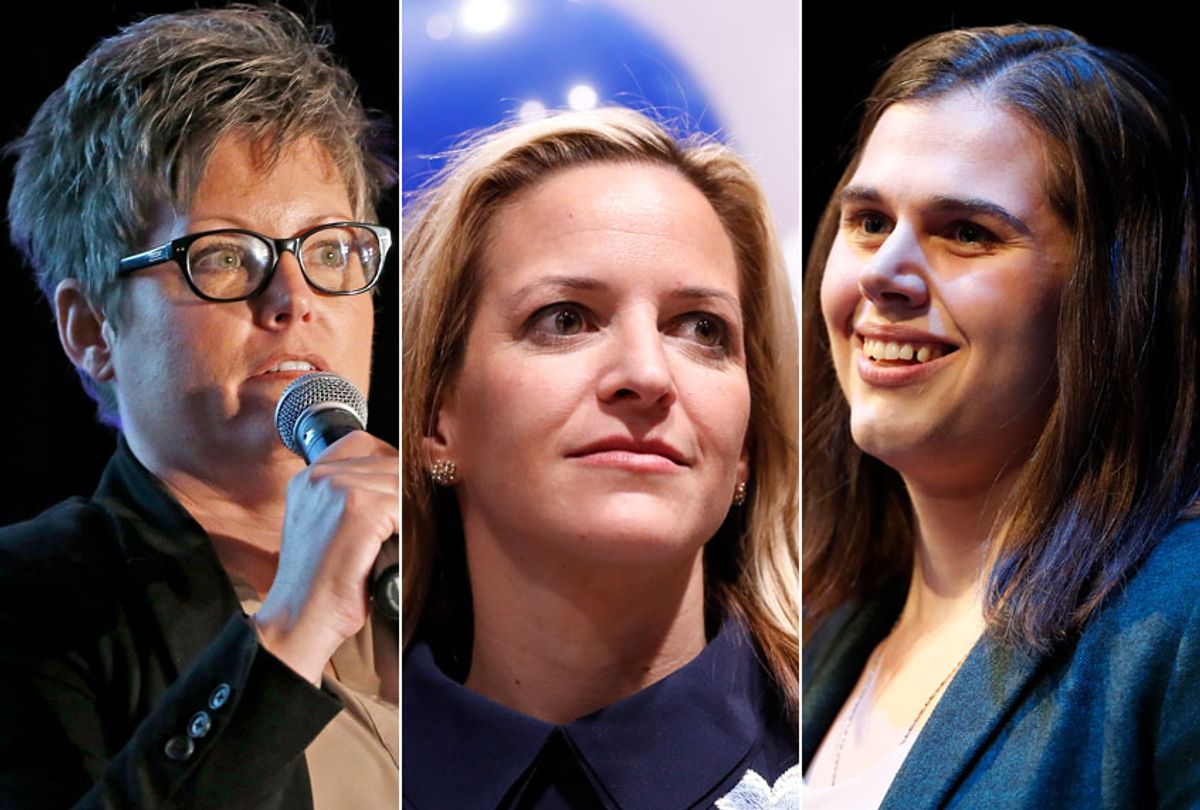 While much of the attention in statewide races was on Senate and gubernatorial contests, Democrats picked up major wins in secretary of state races in Arizona, Michigan and Colorado in a swing that could expand voting rights in key swing states.

The secretary of state oversees elections in his or her state. As evidenced by the voter purge conducted by then-Secretary of State Brian Kemp in the lead-up to Georgia’s statewide elections (in which he narrowly won the governor's office), that person can wield a lot of power in determining who gets to vote.

Hobbs ran on a platform of expanding voting rights in the state and improving voting access for voters in low-income areas. She also vowed to increase the number of polling places and make it easier to vote by mail. As a state legislator, Hobbs sponsored a bill backing automatic voter registration.

Hobbs’ impact will be felt not only in what she plans to do but also what her win prevented. Gaynor called for strict voting restrictions, including eliminating Spanish-language ballots in violation of the Voting Rights Act and getting rid of mail-in ballots -- which more than 75 percent of the state uses to vote -- and falsely claimed that “there are like 10,000 voters in our state right now that are undocumented.”

Hobbs has also vowed to undo some of the moves made by her predecessor, Michele Reagan, who violated state law by failing to send voting info to 200,000 voters in 2016 and was sued by the ACLU for wrongly purging voters from the state’s rolls. Under Reagan, the state eliminated 70 percent of the polling places in Maricopa County, where nearly 60 percent of the state’s population lives.

Democrats still have a chance to win perhaps the most important secretary of state race in the country, in Georgia, where former Secretary of State Kemp wrongly purged more than 300,000 voters ahead of his election against Democrat Stacey Abrams, which he won by just over 50,000 votes.

Republican Brad Raffensperger led Democrat John Barrow by about 16,000 votes in a race that will now go to a runoff election Dec. 4 because no candidate won a majority of the vote. The Libertarian in the race, J. Smythe DuVal, has endorsed Barrow after his 2 percent of the vote helped send the race to a runoff.

Barrow’s win would reshape voting rights in the state. Barrow called Kemp’s voter purge “plainly illegal” and is a vocal opponent of gerrymandering. In 2014, he was ousted from Congress after Republicans redrew his district.

“Anything we do that makes it harder than necessary for honest citizens to register, stay registered, or vote undermines their right to vote,” Barrow wrote in an op-ed published Monday in the Atlanta Journal-Constitution. “For many years, most folks haven’t put much thought into the office of Secretary of State. But on November 6th, all of us received a civics lesson on the importance of this office.”