John Kasich weighs primary challenge to Donald Trump in 2020: "This is really, really serious to me"

Kasich says he is considering throwing his hat in the ring for the third time to take on Pres. Donald Trump in 2020 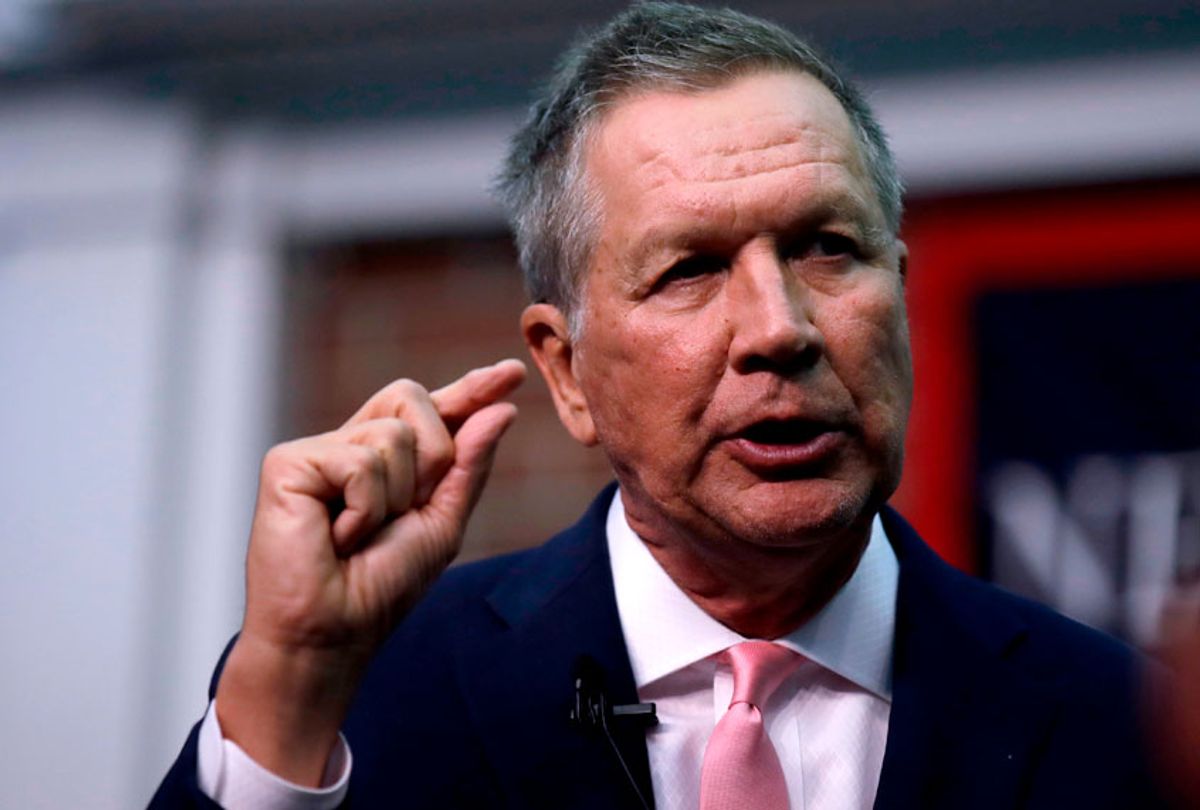 John Kasich, the Republican governor of Ohio, admitted on Sunday that he is "very seriously" considering throwing his hat in the ring to take on President Donald Trump in 2020.

During an appearance on ABC's "This Week," the GOP lawmaker claimed that he has been weighing a third presidential bid "virtually every day" with friends and family. Kasich unsuccessfully vied for his party's nomination for president in 2000 and 2016.

"Look, we need different leadership. There isn't any question about it," Kasich added. "I'm not only just worried about the tone, and the name calling, and the division in our country and the partisanship – but I also worry about the policy."

Kasich, who refused to endorse Trump after being defeated by him as they both sought the Republican Party's presidential nomination in 2016, has since emerged as one of the president's most ardent critics within the GOP.

In his Sunday comments, Kasich explained that Trump's "tone" and defense of Saudi Arabia, as well as his hardline immigration views and concerns about the country's rising debt, are some of the reasons that he is motivated to mount a new bid for the Oval Office.

"So the question for me is: What do I do about this?" he continued. "Do I run, because I've determined that I can win? Or is it important for me to make such a good showing that I can send a message that can disrupt the political system in this country? So, yeah, I have to think about it. I think about it seriously."

"I don't know when I will have to make a decision. Let's be clear: I'm not being coy," he continued. "I'm [not] just trying to do this for some kind of a game. This is really, really serious to me."

Kasich briefly pursued a presidential bid in 2000 but abandoned his campaign because of poor fundraising numbers and low polling numbers.