A tale of two Foxes: Gingrich criminalizes migrants at border, while Rivera questions our humanity 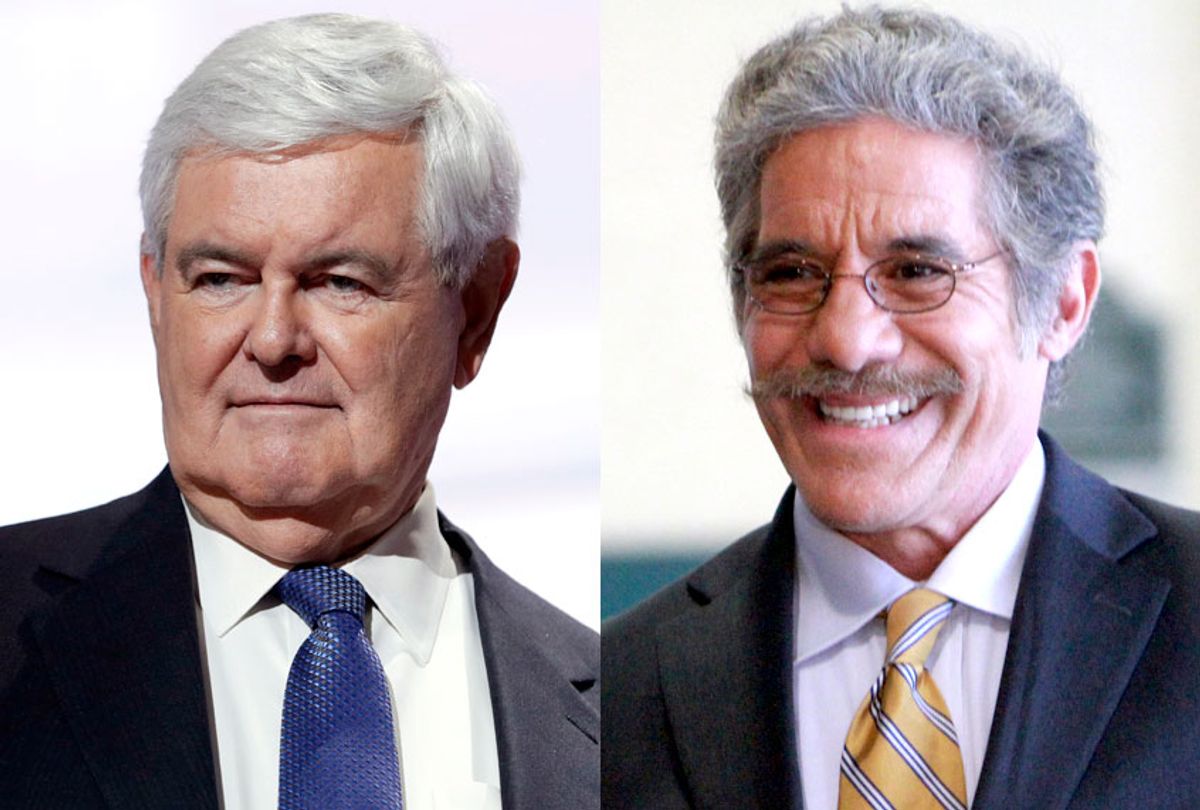 Fox News recently displayed two wildly different reactions to the crisis at the U.S.-Mexico border, and specifically to the Border Patrol's use of tear gas against Central American asylum seekers, among them women and young children.

Fox News contributor Newt Gingrich showed little empathy for the migrants fleeing their homelands and now subjected to chemical weapons once they approached the border area on Sunday.

"This war on the border is real," the former Speaker of the House claimed on Monday's edition of "Fox & Friends," although no such war has been declared by Congress.

"And what people are trying to do is a psychological war, very often guided by the way, by American leftists who are activists and American left-wing organizations who are helping finance it," Gingrich further claimed, without citing any evidence. "And their goal is to find some way to embarrass the U.S. government, so we can't even control our own border. And we have to be prepared to stand up to that – and to do whatever is necessary."

Gingrich argued that President Donald Trump "is doing the right thing, and I think it's sad. I bet you that the elite media spends a lot more time today on what's happening on the border than they're going to spend on the death of a young American who was killed by an illegal immigrant."

But later on Monday, Fox News' Geraldo Rivera shot down his colleague Jesse Watters' attempt to the frame the media's portrayal of the crisis as dishonest. "I refuse to deal with this as a media issue," he said on "The Five." "Because it's far too important."

"Fulfilling my role as the designated piñata on Fox News," Rivera continued, seemingly referring to his Latino heritage. "I am ashamed; this tear gas choked me. We treat these people, these economic refugees, as if they're zombies from the 'Walking Dead.' We arrested 42 people – eight of them were women with children."

"We have to deal with this problem humanely and with compassion. These are not invaders. Stop using these military analogies. This is absolutely painful to watch," Rivera said of the footage of migrant families gagging and screaming from the tear gas. "We are a nation of immigrants. These are desperate people. They walked 2,000 miles. Why? Because they want to rape your daughter or steal your lunch? No. Because they want a job. They want to fill the millions of unfilled jobs we have in the agricultural sector. They want to wash dishes in the restaurants. They want to deliver pizzas."

Rivera concluded his soliloquy, saying: "We suspend our humanity when it comes to this issue – and I fear that it is because they look different than many of us."