David Edelstein, the "butter scene" in "Last Tango" and the darkness of the internet 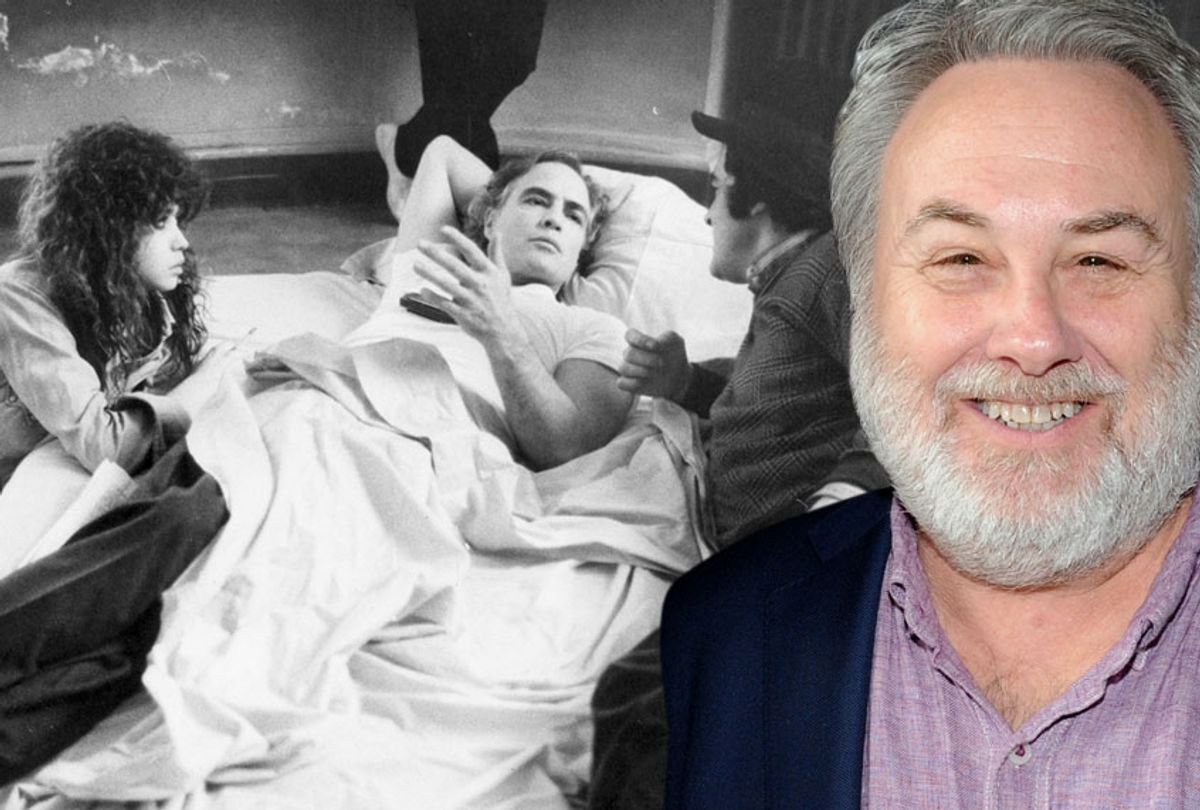 The third-most-recent post on film critic David Edelstein’s personal Facebook page involves a brief commentary on the recent New York Times opinion piece that posed the question, “Do You Have a Moral Duty to Leave Facebook?” The irony: It burns.

Edelstein has been silent on Facebook the last few days. Until this week he held two of the most prestigious paying gigs in the ever-shrinking world of film criticism, at New York magazine and NPR’s “Fresh Air.” Now he has himself become the subject of widespread debate and discussion on social media, not to mention in the real world. This happened after he posted (and rapidly deleted) a tasteless joke in response to the recent death of legendary Italian filmmaker Bernardo Bertolucci. “Even grief goes better with butter,” Edelstein wrote, alongside an image from the famous, or infamous, scene in Bertolucci’s “Last Tango in Paris” in which Marlon Brando’s character uses butter as a lubricant while having anal sex with the character played by Maria Schneider.

There’s not much one can say to defend that comment, which even absent the latter-day controversy around “Last Tango” was juvenile at best. After some dismayed responses, Edelstein took down that post and posted a fulsome apology in its place, writing that his original joke was “beyond stupid — grotesque,” and saying, “I’m sick at the thought of how it read and what people logically conclude about me.” That was not enough to save his job at “Fresh Air,” produced by WHYY in Philadelphia, which said in a statement that Edelstein’s post had been “offensive and unacceptable” and “does not meet the standards that we expect from ‘Fresh Air’ contributors …”

Edelstein’s status at New York magazine is unclear, but the publication hasn’t exactly delivered a fulsome vote of confidence, telling The Wrap it was “reviewing the matter internally.”

OK, let’s hit pause here. We kind of have to. Why in the world is one ill-advised online joke about a movie made in 1972 endangering the career of one of the last big-name film critics? It’s a question that answers itself in some ways, but first let’s clear a few things up. First of all: I know David Edelstein and we’ve always had a cordial relationship, although we’re not close friends. I was a film critic for Salon for years, in between stints as an editor. We’ve been in innumerable screening rooms together, and participated in the secretive (but highly non-thrilling) awards vote at the New York Film Critics Circle. I’m not going to serve as a character witness, nor deliver some kind of “Brutus is an honorable man” speech. But I’ll say this: I believe David meant his unfunny butter joke to be puckish and harmless, and sincerely did not understand why many people would find it offensive. Furthermore, he clearly believed his personal Facebook page was a semi-private space. He was clearly wrong about that.

That leads us to the next point in this byzantine tale: Whether or not the “butter scene” in “Last Tango in Paris” depicts a rape is debatable. It probably didn’t play that way for most viewers in the early 1970s — an apex moment for the “male gaze” in art-house cinema — but our standards about what constitutes sexual assault have shifted. (Edelstein made exactly this point in his follow-up apology.) But the widespread internet perception that Maria Schneider was actually raped during that scene is incorrect. She never made any such claim, nor did anyone else who was present. What Schneider said, in a 2007 interview, was that she felt “humiliated” and “a little raped” because she was not told about the sex scene until just before the shoot. Here are her comments in context:

That scene wasn’t in the original script. The truth is it was Marlon who came up with the idea. They only told me about it before we had to film the scene and I was so angry. I should have called my agent or had my lawyer come to the set because you can’t force someone to do something that isn’t in the script, but at the time, I didn’t know that. Marlon said to me, “Maria, don’t worry, it’s just a movie.” But during the scene, even though what Marlon was doing wasn’t real, I was crying real tears. I felt humiliated and, to be honest, I felt a little raped, both by Marlon and Bertolucci. After the scene, Marlon didn’t console me or apologize. Thankfully, there was just one take.

At least some of the calls for Edelstein to be fired stemmed from this misapprehension. Actress Martha Plimpton, for one, reposted Edelstein’s regrettable joke on Twitter, saying that she had avoided any mention of Bertolucci’s death “precisely because of this moment in which a sexual assault of an actress was intentionally captured on film.”

That's completely unfair. Does it make it all better if we conclude that Edelstein was making light of a fictional rape, or a fictional incident that might be rape? Definitely not, as he has acknowledged. Furthermore, it’s baffling that a person so deeply immersed in movies and media either didn’t know or had forgotten about Schneider’s comments, and Bertolucci’s subsequent half-apology. (To be clear, I believe Edelstein about that.)

I’m afraid I come down here on the highly conventional opinion that social media makes everything worse, and most of the worst stuff cannot be blamed on the Russians. Edelstein posted a tiny but noxious brain-fart he never should have allowed to escape from his skull, then someone among his Facebook friends immediately grabbed his post and flung it to the wolves, and NPR — fearing a #MeToo-flavored uprising — had an exaggerated reaction. As a special added grace note, Edelstein’s social media defenders, who are mostly but not entirely internet film dudes in the 50-and-up set, have made things significantly worse with a lot of outraged breast-beating about Stalinist thuggery and the feminist thought police.

None of this should have happened, but it did. In the immortal words of J.K. Simmons at the end of the Coen brothers’ “Burn After Reading,” a movie David Edelstein pretty much hated, “What did we learn here? I guess we learned not to do it again.” I suspect what befell Edelstein this week is only partly about one stupid Facebook post, and has more to do with the messy process of generational change and the inevitable Schadenfreude surrounding someone who holds two prestigious media jobs, either of which many other people would kill and eat their grandmothers to get.

If you’re part of the tiny universe of people who follow media chatter, you already know that Edelstein is a professional curmudgeon (with a distinct resemblance to Oscar the Grouch) who has occasionally been accused of various grades of insensitivity or thought-crime, as in his reviews of “Wonder Woman” and “Green Book,” both of which required corrections or explanations after the fact. Angry readers go with the territory, to be sure: I was constantly accused of being an arrogant snob who only liked slow, incomprehensible, masochistic art films. (OK, that was not altogether unfair.)

I’m hesitant to claim that those incidents of blowback are relevant to the “Last Tango” fiasco in any meaningful way — except that they probably made Terry Gross and WHYY (and perhaps the editors at New York magazine) just a little jumpy about whether David Edelstein was a Dinosaur White Guy who had become disposable. Is any of that fair or reasonable? Is an intelligent, funny writer who has seen every major movie made since the birth of the medium, who has never been afraid of offering his own irascible opinions, being sacrificed on the altar of SJW sensitivity? Or was all of this just the inexorable turning of history’s wheel, which will grind us all to dust sooner or later?

Hell, I really don’t know. But my takeaway is pretty simple, and I plan to live by it: There is no privacy, and the internet is a glorious garden of hate. Oh, and when you’re about to post that hilarious thing on social media? Take a breath. Read it first. Then read it again. Read it in the voice of your worst enemy. Go pour yourself some coffee and come back. Delete it and move on with your life.