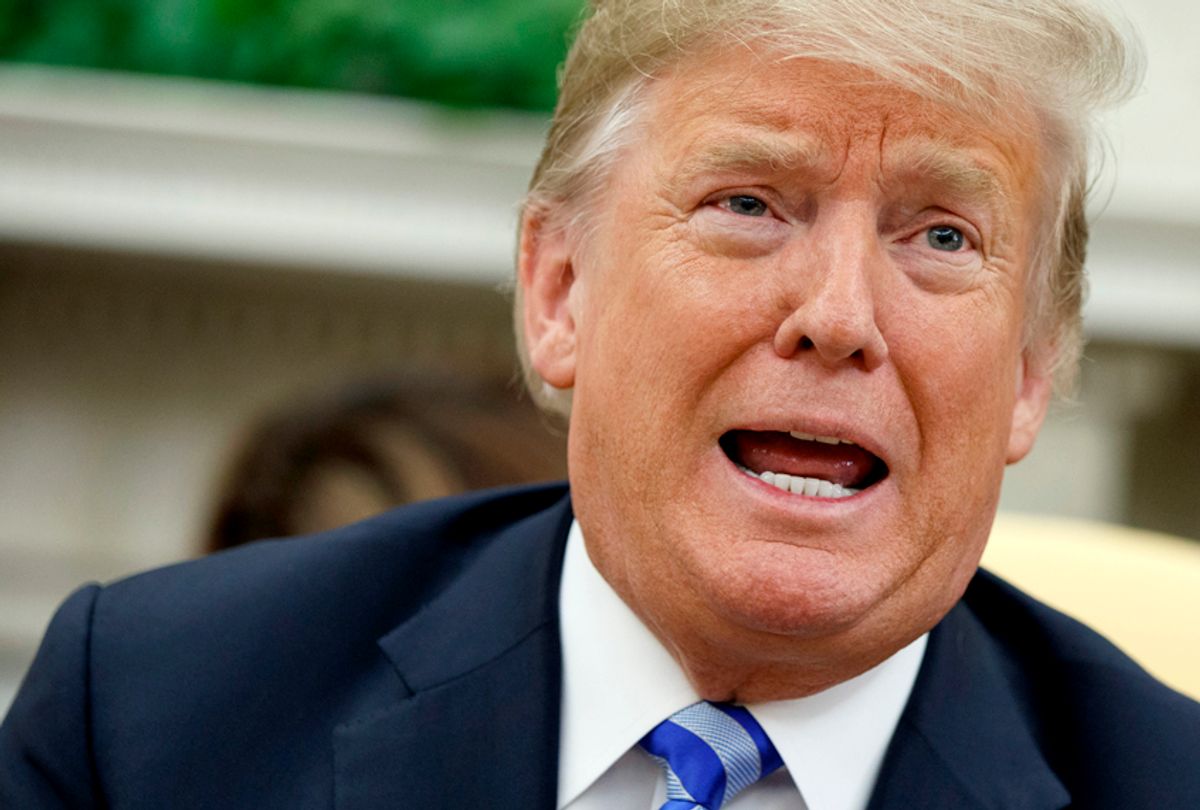 President Donald Trump on Friday tweeted that his business dealings were "very legal" and "very cool," one day after his former personal attorney and "fixer" Michael Cohen pleaded guilty to lying to Congress about his contacts with Russia during the 2016 presidential campaign — specifically his efforts to build a Trump Tower in Moscow.

"Against all odds, I decide to run for President & continue to run my business-very legal & very cool, talked about it on the campaign trail," Trump tweeted on Friday. "Lightly looked at doing a building somewhere in Russia. Put up zero money, zero guarantees and didn’t do the project. Witch Hunt!"

In July 2016, when he was campaigning for president, Trump claimed to the American public that he had no business interests in Russia. But, Cohen admitted in federal court on Thursday that he was pursuing a Trump real estate deal at the same time on behalf of the then-presidential candidate. He also revealed that Trump was personally aware of the deal, signing a letter of intent and discussing it with Cohen on two other occasions.

"There were developers in Russia that wanted to put a lot of money into developments in Russia," he added. "And they wanted us to do it. But it never worked out."

Court documents reveal that Cohen made the false statements to "minimize links between the Moscow Project and [Trump]" and to "give the false impression that the Moscow Project ended before 'the Iowa caucus and . . .  the very first primary,'" in an attempt to limit special counsel Robert Mueller's ongoing investigation into allegations of collusion between Trump's presidential campaign and the Russian government.

In response to Cohen's agreement, Trump told reporters, "When I'm running for president, that doesn't mean I'm not allowed to do business." He added that Cohen was "a weak person and not a very smart person," and that his company's plans in Moscow was "a well-known project" that he ultimately aborted.

Rudy Giuliani, one of the president's personal lawyers, called Cohen a "liar" in a statement. "It's no surprise that Cohen lied to Congress," Giuliani said. "He's a proven liar who is doing anything he can to get out of a long-term prison sentence for serious crimes of bank and tax fraud that had nothing to do with the Trump Organization."

Cohen, who was previously one of the president's most loyal and ardent defenders in business in politics, indicated earlier this year that his loyalty to Trump might be wavering as he vowed to "put family and country first" by cooperating with prosecutors. His decision to cooperate with Mueller has seemingly made him one of the most key witnesses against his former boss.

The news of Cohen's agreement comes during an eventful week in the Mueller investigation. Mueller informed a federal judge on Monday that he has voided his cooperation agreement with Paul Manafort, the longtime Republican consultant who spent five months as Trump's campaign chair during the 2016 campaign. Mueller accused Manafort of lying to the Federal Bureau of Investigation, as well as to his team, two months after they reached a plea deal in the ongoing Russia probe. Manafort was previously thought to be a star cooperator in the ongoing probe; his attorneys dispute the claims that he lied.

The president has vehemently denied any collusion with Russia during the presidential campaign and has repeatedly railed against special Mueller's investigation into the matter. Trump this week has been upping his relentless criticisms of the investigation and Mueller's team, accusing the prosecutors in a Wednesday tweet of "viciously telling witnesses to lie about facts" and comparing the probe to the McCarthy period, named for former  Sen. Joseph McCarthy (R-Wis.), who accused hundreds of Americans of being communists or communist sympathizers in the 1950s.