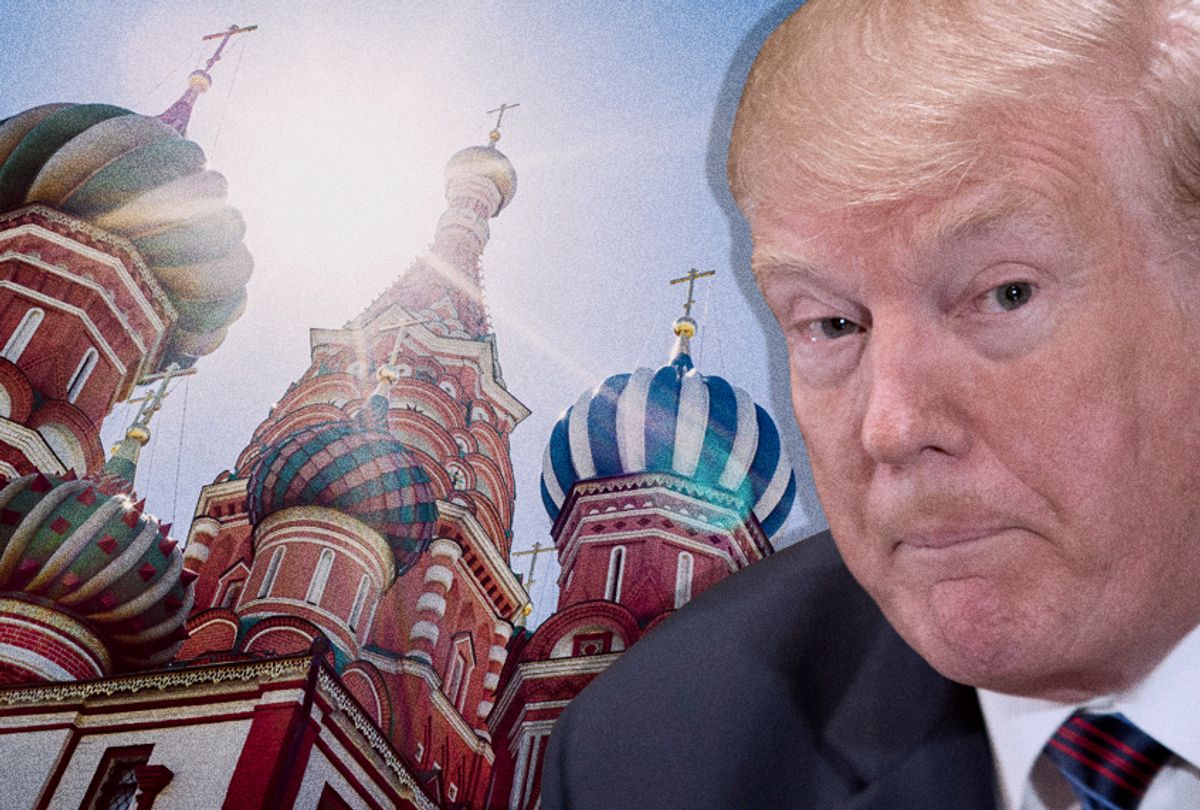 The report also notes Felix Sater, a longtime Trump associate who has been accused of having ties to organized crime in both the U.S. and in Russia, telling BuzzFeed News that he and Cohen suggested gifting the penthouse to Putin could help sell other apartments.

It's unclear whether Trump was specifically aware of the plan to give Putin the penthouse, which never materialized, as the Trump Tower Moscow project ultimately fell through.

The luxury real estate development is at the center of a plea deal Cohen reached Thursday with special counsel Robert Mueller, who is investigating allegations of collusion between Trump's presidential campaign and the Russian government. Cohen pleaded guilty to lying to Congress about his contacts with Russia during the 2016 presidential campaign — specifically his efforts to build a Trump Tower in Moscow.

In July 2016, when he was campaigning for president, Trump said he had no business interests in Russia. But, Cohen admitted in federal court on Thursday that he was pursuing a Trump real estate deal at the same time on behalf of the then-presidential candidate. He also revealed that Trump was personally aware of the deal, signing a letter of intent and discussing it with Cohen on two other occasions.

Court documents reveal that Cohen made the false statements to "minimize links between the Moscow Project and [Trump]" and to "give the false impression that the Moscow Project ended before 'the Iowa caucus and . . .  the very first primary,'" in an attempt to limit Mueller's ongoing inquiry.

Trump on Friday tweeted that his business dealings were "very legal" and "very cool." He told reporters on Thursday, "When I'm running for president, that doesn't mean I’m not allowed to do business." He said Cohen is "a weak person and not a very smart person," and that his company’s plans in Moscow was "a well-known project" that he ultimately aborted.