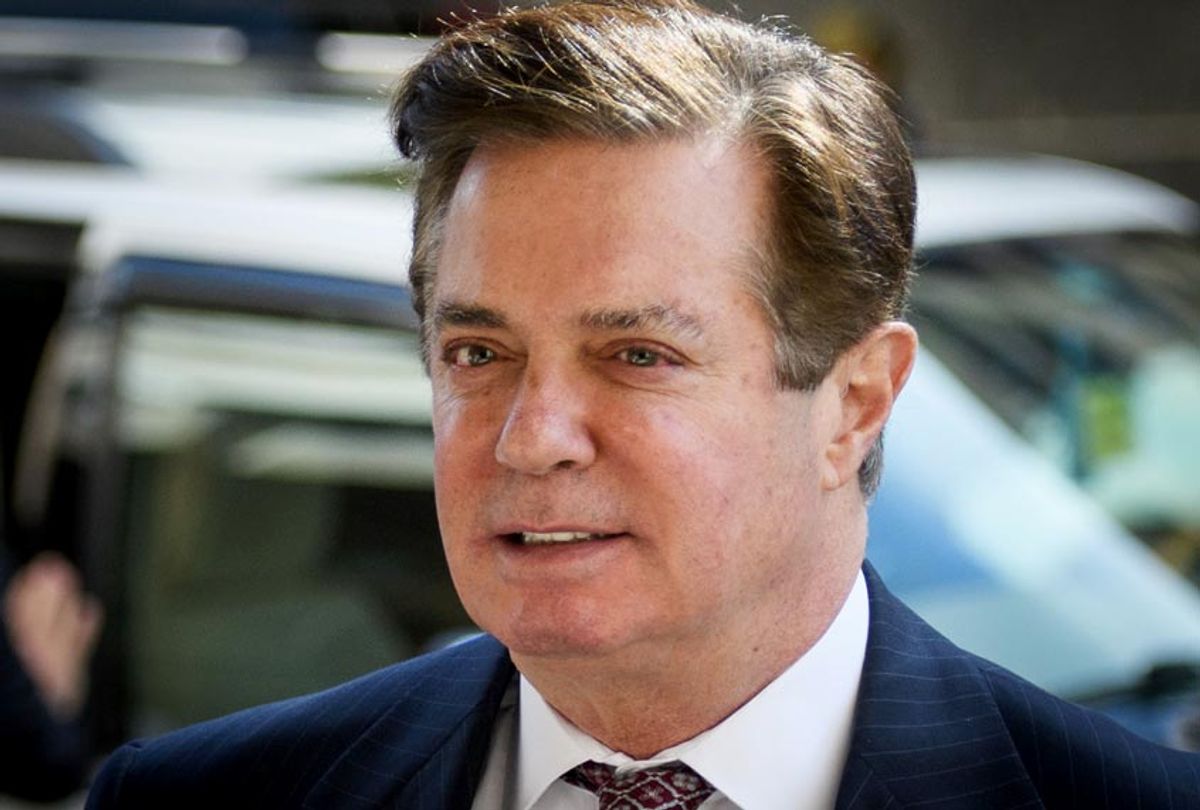 Robert Mueller, the special prosecutor investigating allegations of collusion between Trump's 2016 presidential campaign and the Russia, is considering leveling new criminal charges against Paul Manafort, the longtime Republican consultant who spent five months as Trump's campaign chair during the 2016 campaign, after her allegedly breached his plea agreement with federal prosecutors.

According to Politico, at a hearing in federal court on Friday, special counsel attorney Andrew Weisman told a judge that prosecutors were considering bringing new charges against Manafort, which could include obstruction of justice, but "that determination has not been made." Manafort reportedly did not attend Friday's court hearing after waiving his right to appear in court earlier this week.

District County Judge Amy Berman ordered prosecutors to file a detailed report of what they believe Manafort lied about by Dec. 7. Manafort's defense team will then have until January to reply, and Berman said she will likely hold a mid-to-late January hearing on the matter. Berman also scheduled March 5 as a target date for Manafort's sentencing.

The government is also considering a new trial on charges in Washington, DC, that were initially dropped as part of Manafort's plea deal. Manafort pleaded guilty to conspiracy and witness tampering on Sept. 14, almost a year after he was first charged and following his conviction by a federal grand jury in a separate but related case on eight counts of various tax and bank fraud charges.

But on Monday, Mueller informed a federal judge that he has voided his cooperation agreement with Manafort. Mueller said Manafort lied to the Federal Bureau of Investigation, as well as his team, two months after reaching a plea deal in the Russia probe. Manafort was previously thought to bea star cooperator in the special counsel's ongoing federal investigation. Manafort's attorneys dispute the claims that he lied.

The news of new charges against Manafort come during a tumultuous week in the Mueller investigation. On Thursday, Trump's former personal attorney and "fixer" Michael Cohen pleaded guilty to lying to Congress about his contacts with Russia during the 2016 presidential campaign.

The president has vehemently denied any collusion with Russia during the presidential campaign and has repeatedly railed against special Mueller's investigation into the matter. Trump this week has been upping his relentless criticisms of the investigation and Mueller's team, accusing the prosecutors in a Wednesday tweet of "viciously telling witnesses to lie about facts" and comparing the probe to the McCarthy period, named for former  Sen. Joseph McCarthy (R-Wis.), who accused hundreds of Americans of being communists or communist sympathizers in the 1950s.