While we're at it, yes "Die Hard" is a Christmas movie and no, rehashing 2013's arguments won't turn back the clock 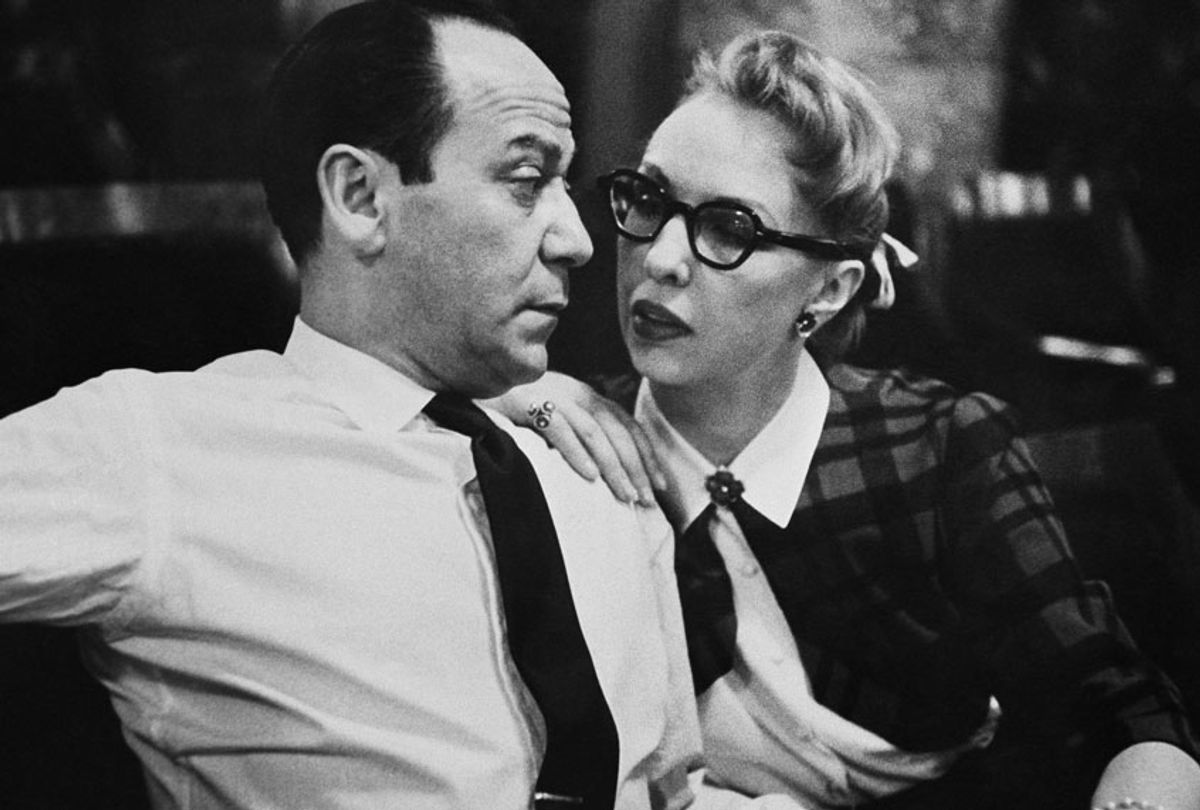 Broadway composer Frank Loesser and his wife and musical partner Lynn are shown, April 26, 1956 in New York. Their song "Baby, It's Cold Outside" was originally a song they performed for friends at their housewarming party. (AP/Anthony Camerano)
--

As the year grows to a close and inches toward its longest night — literally and, if 2018 finishes strongly on the political front, metaphorically as well — it’s only natural that we seek comfort in the traditions of the season. Might we suggest resurrecting literally any old winter ritual other than fighting over the lyrics to “Baby, It’s Cold Outside”?

Americans have been arguing about whether “Baby It’s Cold Outside” is a date-rape carol we should leave in 1944 or a sexually-empowered proto-feminist seasonal flirtation anthem of a bygone era for more than five years now, which in internet time is roughly a quarter-century. The argument appeared to end in stalemate a few years ago, when I thought we had reached an agree-to-disagree détente because everyone was tired of writing the same hot take over and over but also nobody wanted to cancel “Elf.” And yet here we are again!

Last week Cleveland radio station Star 102 announced it had nixed the song from its holiday lineup in what sounds like a response to listener complaints about the lyrics. As host Glenn Anderson wrote on the station’s website, in a statement that vaguely gestures at both sides of the "women, are they human?!" debate, "The world we live in is extra sensitive now, and people get easily offended, but in a world where #MeToo has finally given women the voice they deserve, the song has no place."

I'm trying not to be impatient with people who are just now examining the sexual and gender politics of Christmas songs, but revisiting this particular "Groundhog Day" of an argument has all of the appeal of re-litigating whether "Die Hard" is the best Christmas movie of all time or merely in the top three. Which is to say, do what feels right, Cleveland, but I really wish you hadn't tempted the aggregator gods by talking about it.

Salon didn't start this fire but we certainly did our share to keep it burning for a few years, starting (I believe — who knows how deep in the archive this one goes?) in 2012 when Stephen Deusner explored the burgeoning controversy around the lyrics. I think I edited my last piece on the topic in 2015 with this beautiful essay by Leslie Kendall Dye about her mother's friendship with the songwriter, Frank Loesser.

The back-and-forth between the male and female voices sounds sexually coercive and emotionally abusive to some feminist ears and subversively empowering-for-its-time to others. (Option C: The "get over it!" scolds who love to be offended — loudly — over what offends other people.) Historical context matters — it was originally written as a husband-and-wife party duet — and yet so do contemporary reactions. What is there left to say? I honestly don't know, but they're talking about it on "The View," which means now it's definitely going to be a thing until gun owners get mad at Starbucks cups or Meghan McCain takes a selfie with Kid Rock.

Meanwhile, the Miami Herald published an in-depth exposé on the extent of the incredibly generous plea agreement then-prosecutor Alexander Acosta — now Donald Trump's Secretary of Labor — cut Jeffrey Epstein in 2007 that spared the multimillionaire the worst of a potential 53-page federal indictment for sex crimes including minors. (Also shut down in the deal was an FBI probe into who else from Epstein's power Rolodex might have been involved.) CNN is running a harrowing series on police departments destroying untested rape kits. The autopsy of Roxsana Hernandez Rodriguez, a transgender woman and asylum seeker who died in ICE custody, showed signs of physical abuse. An Oklahoma state senator wants to make abortion not just illegal, but classified as a felony homicide. We have a Supreme Court Justice named Brett Kavanaugh and his confirmation feels like it took place ten years ago, before I ever even read a reappraising word of "Baby, It's Cold Outside."

Can I be invested in those stories and what they say about how we value girls and women in our country and also invested in depictions of sexual coercion or abuse in pop culture? You bet — they aren't actually separate concerns, and if you pay attention to the culture stories of today you'll likely be able to tell the politics stories of tomorrow, and vice versa. I appreciate Mr. Anderson's optimism, but #MeToo has only just begun to amplify the voices women were already raising well ahead of last fall's investigative reports and the wave of reckoning that came after.

Which is why going backwards in time now feels so frustrating. Tabloids are telling us with a distinct air of sympathy that Matt Lauer "is not doing so well" with all the free time his firing from NBC for sexual misconduct put on his hands, Louis C.K. is back at work in the comedy world, and R. Kelly is still performing live for paying audiences. To roll the clock back several years to past, mostly settled conversations — before the Harvey Weinstein story, before Roy Moore's campaign, before the Access Hollywood tape even — feels less like settling unfinished business and more like wishful thinking for a disagreement that feels more theoretical, at stake merely a chirpy song we only had to endure one month out of the year.

Whether you love or hate "Baby, It's Cold Outside" — or just want to pretend to love it at the top of your lungs so you can own the libs or whatever — I think we can all agree there are no gold stars being handed out in 2018 for saying out loud that women are people and deserve to be heard. Besides, everyone knows the best Christmas duet is Emmet and Alice Otter's "Ain't No Hole in the Wash Tub." Fight me, Riverbottom Nightmare stans.