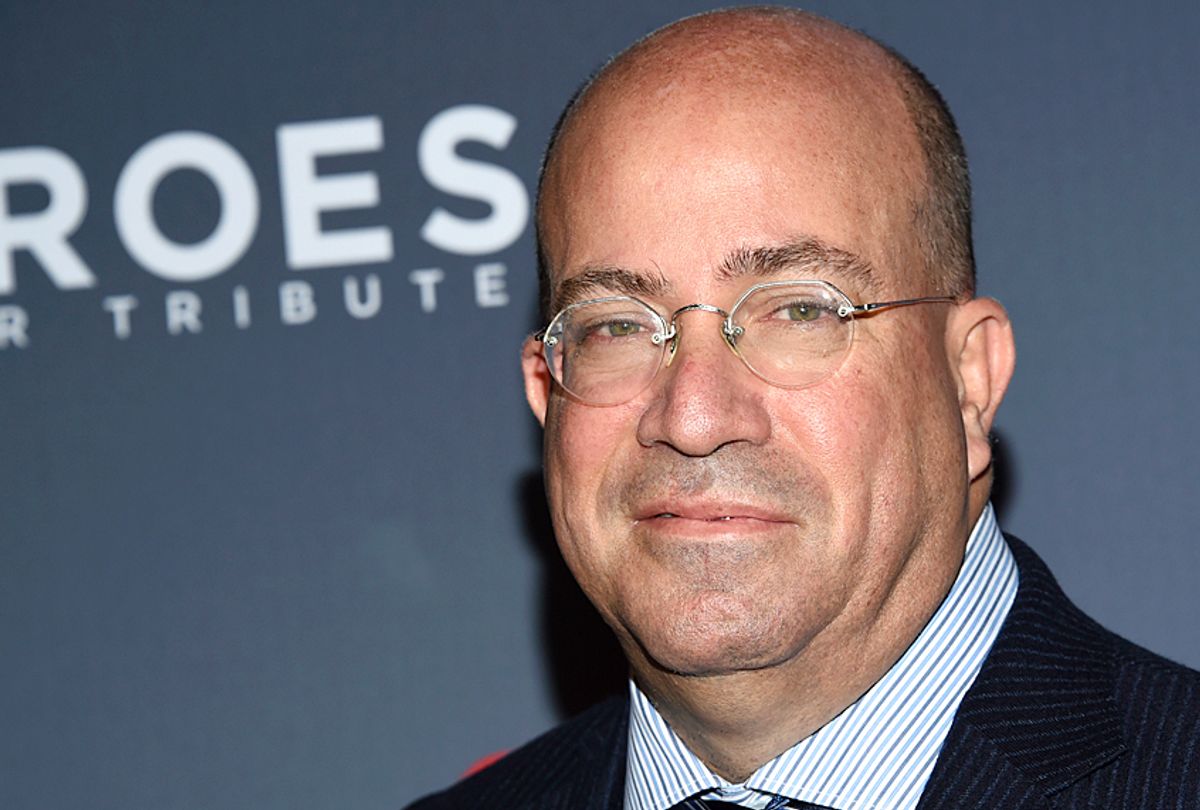 CNN president Jeff Zucker alleged that President Donald Trump's overwhelming animosity toward his network is a result of three factors: its current influence in the political landscape; CNN's growing influence in New York in the 1980s, at the same time as Trump's rise to public prominence as a real estate developer; and his longtime business relationship with the president.

In an interview with his colleague, David Axelrod, on his podcast "The Axe Files," Zucker said, Trump attacks CNN because "we're relevant."

Second, Zucker claimed, Trump criticizes the press institutions that he has praised for decades.

The New York Times, CNN and NBC's Saturday Night Live — three frequent targets of the president under the "Fake News Media" umbrella — are "media institutions that he grew up with in New York, that he cared about, and whose respect he coveted," Zucker said.

The third reason, Zucker said, "has to do with me." He then explained how his previously strong friendship with Trump was likely a contributing factor of Trump's anti-CNN remarks.

"We've had this long, 20-plus year relationship, that for a long time was quite strong. And, you know, Donald Trump did not understand, in the end, that just because we were friends didn't mean he wasn't going to be subjected to the proper scrutiny. He thought CNN should give him a pass because we were friends," Zucker said.

"He thought CNN should be like Fox News and just give him glowing coverage all the time," Zucker continued, taking a jab at the president's favorite media outlet. Zucker has previously called Fox News "state-run TV" and a "complete propaganda machine," and alleged that Fox News is actually worse than the Russian government-owned media organization, TASS.

During his conversation with Axelrod, Zucker said he believes that Trump "should get the coverage that is appropriate and that he deserves," but that he would not "get anything just because we're friends."

"So I think that he does hold that against me and CNN," he added.

Zucker and the Trump administration have previously engaged in a heated war of words — most recently after the president continued to publicly denounce the media even after it was revealed that CNN's headquarters received three suspicious packages containing pipe bombs, which critics contended was the result of the president's inflamed rhetoric against the media.

"There is a total and complete lack of understanding at the White House about the seriousness of their continued attacks on the media. The President, and especially the White House Press Secretary, should understand their words matter. Thus far, they have shown no comprehension of that," Zucker said in a statement late October.

In the wide-ranging podcast interview, Zucker also revealed that he is interested in vying for political office at some point.

"I still harbor somewhere in my gut that I'm still very interested in politics," Zucker said. "It's something I would consider."

Axelrod, who helped mastermind former President Barack Obama's winning 2008 presidential campaign and later served in the White House as a senior adviser to Obama, told Zucker, "Gimme a call if you're thinking about it."