Sanders is "laying the groundwork to launch a bigger presidential campaign than his first": report 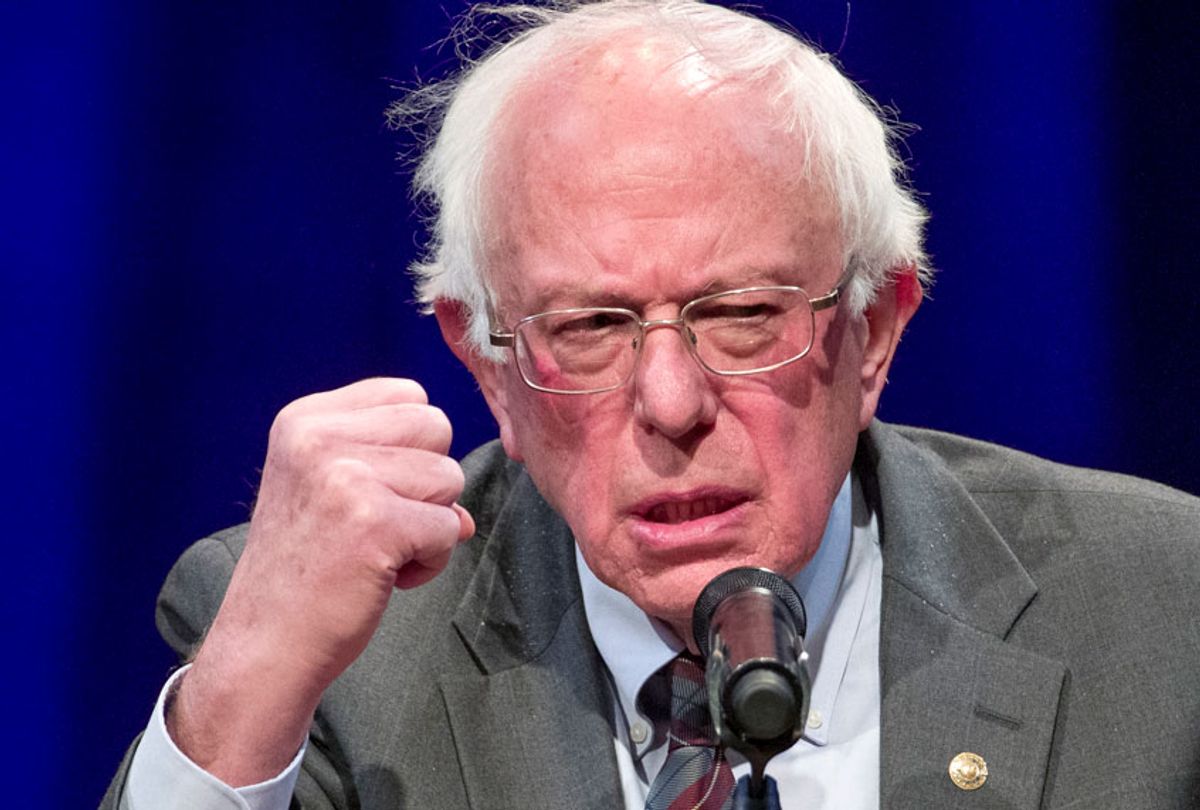 There have been not-so-subtle hints that Senator Bernie Sanders of Vermont is becoming more serious by the day about forging a second White House bid to challenge President Donald Trump in 2020.

The Associated Press reports that Sanders is "laying the groundwork to launch a bigger presidential campaign than his first." The news organization says that the lawmaker's advisers predict he would "open the 2020 Democratic presidential primary season as a political powerhouse."

Sanders has not formally announced his decision to throw his hat in the ring for 2020, but as celebrity supporters, former campaign staff and progressive policy leaders gathered at the Sanders Institute over the weekend, "some spoke openly about a 2020 White House bid as if it was almost a foregone conclusion," the AP reports.

"This time, he starts off as a front-runner – or one of the front-runners," Sanders' 2016 campaign manager John Weaver told the AP. Weaver reportedly emphasized the senator's fundraising prowess, especially his ability to generate massive sums through small-dollar donations. "It'll be a much bigger campaign if he runs again, in terms of the size of the operation," Weaver said.

Sanders is just one of many names being floated as a potential challenger to Trump in what is expected to be a very crowded Democratic field in 2020 that features a heap of ambitious progressive leaders — and not the so-called "establishment" kind like Hillary Clinton. Should Sanders decide to run, he would likely face competition for the Democratic nomination against fellow Sens. Cory Booker (D-N.J.), Kamala Harris (D-Calif.) and Elizabeth Warren (D-Mass.) — three outspoken liberal leaders who have embraced Sanders' call for "Medicare for All" and a $15 minimum wage, among other policy proposals that helped establish the Vermont independent as a national figurehead for socialist ideas.

Former Vice President Joe Biden and outgoing Rep. Beto O'Rourke, who fell short in his campaign against Republican Sen. Ted Cruz in the Texas Senate race during the 2018 midterm election cycle, have also hinted that they are weighing a White House bid. In addition, John Kerry recently alluded to mounting  presidential bid — and these names far from the complete list.

Sanders' wife, Jane O'Meara Sanders, told the AP that one question above all others would steer her husband's decision to launch a bid for the Oval Office: "Who can beat Donald Trump?"

Sanders most recently teased the idea of running for president in an interview with New York Magazine last week, in which he vowed to work his "ass off" to elect a candidate who would be able to deny Trump a second term. However, he said, "If it turns out that I am the best candidate to beat Donald Trump, then I will probably run."