Dunham says "anger is the more boisterous cousin of adoration." It explains a lot about her infuriating public life 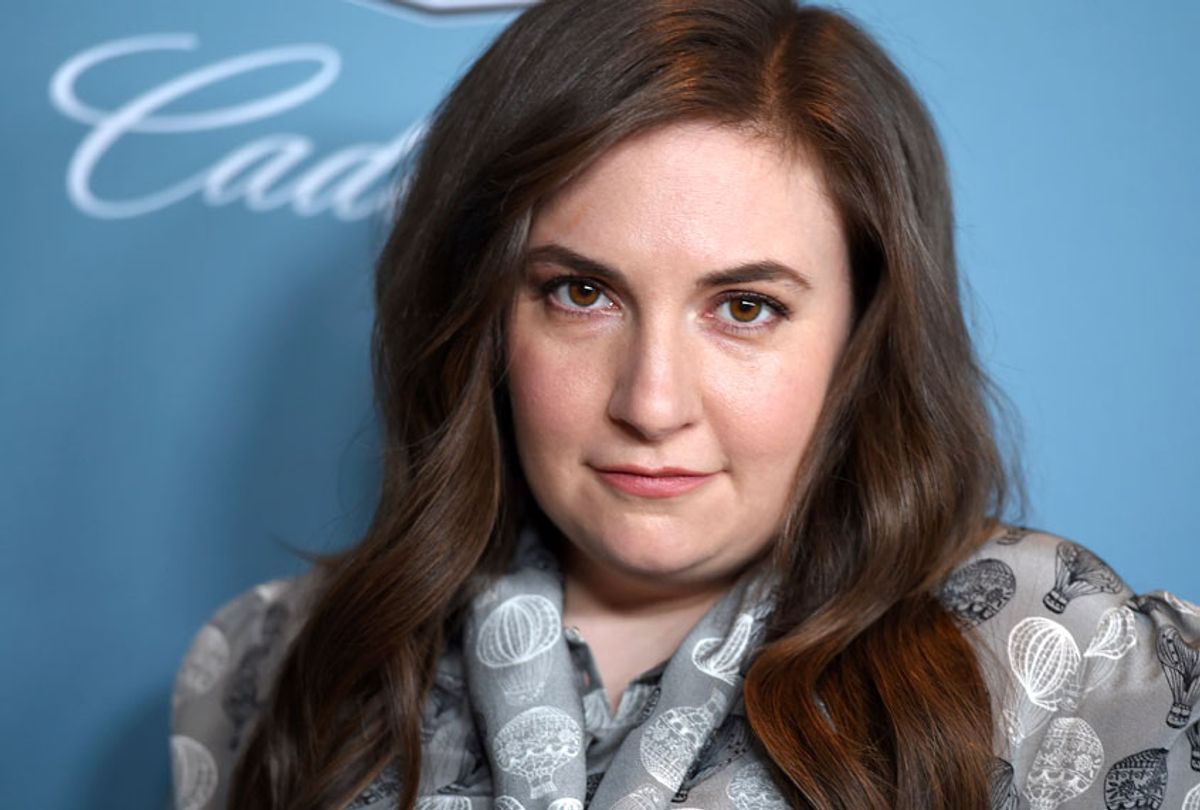 A week ago, Lena Dunham tweeted out the best explanation of Lena Dunham I have ever read. Framing it as a "weekend reminder," Dunham wrote that "nobody you love gets mad at you because they *don't* love you. Anger is the more boisterous cousin of adoration. You've got this!" Really puts what happened next into perspective, doesn't it?

On Wednesday, the 32-year-old professional enfant terrible published a piece in the Hollywood Reporter, reexamining her earlier comments about sexual assault accusations against a writer for "Girls." It was, in Dunham style, a dousing of gasoline on a dumpster fire.

Back in November of 2017, actress Aurora Perrineau filed a report with the Los Angeles County Sheriff’s Department accusing “Girls” writer and executive producer Murray Miller of sexually assaulting her when she was 17 years old. Miller's team fired back that Perrineau only went to the police after making "demands for money," a claim she and her family strongly denied.

Meanwhile, Dunham and "Girls" showrunner Jenni Konner issued a statement of their own, and it was a doozy. "During every time of change there are also incidences of the culture," they wrote, "in its enthusiasm and zeal, taking down the wrong targets. We believe, having worked closely with him for more than half a decade, that this is the case with Murray Miller. While our first instinct is to listen to every woman's story, our insider knowledge of Murray's situation makes us confident that sadly this accusation is one of the 3 percent of assault cases that are misreported every year. It is a true shame to add to that number, as outside of Hollywood women still struggle to be believed. We stand by Murray and this is all we'll be saying about this issue."

The next day, however, Dunham backtracked, declaring from the pulpit of "feminist" that she "naively believed it was important to share my perspective on my friend's situation." Upon consideration, though, she decided that "until we are all believed none of us will be believed." That's how intellectually supple Dunham is — she can be the "we" of a powerful Hollywood fortress standing behind a man accused of assault, and 24 hours later, be the "we" that includes a woman of color who says she was assaulted as a teenager.

In August, citing "inconsistencies and the delay in reporting," the District Attorney's office declined to pursue charges. That might have been the end of the headlines. But then Dunham, in the same issue of THR where she is named one of the 2018 Women in Entertainment Power 100 — a distinction she called "An honor and a privilege!" Wednesday on Twitter, had some other thoughts. Writing "an apology to Aurora," Dunham began by citing her initial excitement at the #MeToo movement, her own traumatic past, and that she never "stopped to consider that I might be capable of traumatizing somebody, too."

Then she went all in. "When someone I knew, someone I had loved as a brother, was accused, I did something inexcusable: I publicly spoke up in his defense," she wrote. "There are few acts I could ever regret more in this life. I didn't have the 'insider information' I claimed but rather blind faith in a story that kept slipping and changing and revealed itself to mean nothing at all." This is what most of us refer to as bald-faced lying. Why had she done it? Because she had "actually internalized the dominant male agenda." Even while acknowledging her "privilege," Dunham still finds ways to deflect blame to the patriarchy.

What do you do when you're no longer a girl™ but you've built your brand on being that young woman who says and does the wrong things and then goes, "Ooops, my bad!"? Seems like if you're Dunham, you just keep doing it. She's been at this shtick for nearly a decade, racking up an astonishingly long list of foot-in-mouth moments and missed learning opportunities. It's been a year since Salon's Rachel Leah observed that Dunham "has made no effort to take up less space, to pass the microphone or to, at the very least, listen to and grow from any of the legitimate criticism she's received." And here we are again.

You can't undo your worst actions, and there has to be a path back to redemption for all but the most unrepentant monsters. Without the benefit of a time machine, Dunham's only option now is to try make right her unbelievably crappy wrong. And in her essay, she alluded to consulting with Perrineau before publishing, saying she "generously allowed me to speak about your many virtues here and tell these readers that you are moving on."

Where she continues to fail, however, is in her insistence on putting the story of her voyage of discovery first. It's not by chance, for instance, that she wrote in apology, "Heroines have emerged. We are cracking open windows and beating down doors," as if she can't help putting herself in the circle of heroines. A heroine who said her job now is "to excavate that part of myself and to create a new cavern inside me where a candle stays lit."

As ever, Dunham's contrition seems soaked in self-congratulation.

It's interesting also that although she wrote in her apology that a friend tells her "When the particular brand of validation you've received is abuse, you'll take it and like it and thank them for it a thousand times," it feels like a odd refrain coming from a woman who in the same week has declared that "Anger is the more boisterous cousin of adoration." Therein lies the Dunham paradox. To her, it seems people love her because they love her. Or they hate her because they love her. Heads, she wins. Tails, you lose. How can you not watch her and be reminded of the kid in class whose mom always told her, "They're just jealous, honey"?

Earlier this week, at — of all places — the Hollywood Reporter Women in Entertainment celebration, Hannah Gadsby gave a powerful breakdown of the problem with those who deem themselves "good men." Referring to them as "Jimmys," Gadsby explained, "According to the Jimmys, there’s only two types of bad men. There’s the Weinstein/Bill Cosby types who are so utterly horrible that they might as well be different species to the Jimmys. And then there are the FOJs: the Friends of Jimmy. These are apparently good men who misread the rules." Though Gadsby said that when it comes to the line between "good men" and the other kind, "Women should be in control of that line," the truth is that there are plenty of women who have not earned a turn at drawing that line. And that in a nutshell is the ongoing disappointment that is Lena Dunham — she's just a shallow girl who believes in her heart she's a good man.