"Women wanted to be treated equally, and we have a president that certainly does that," Sanders claims 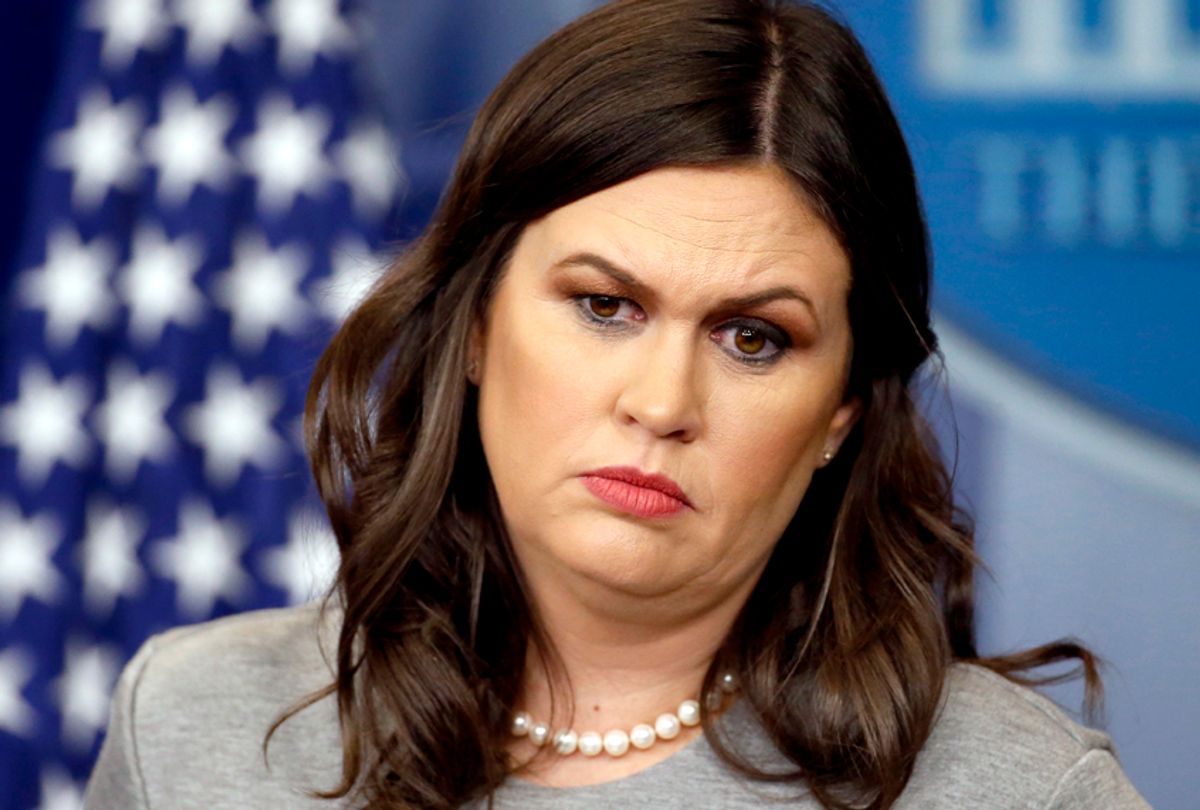 President Donald Trump has mocked many female reporters throughout the first two years of his presidency, but White House Press Secretary Sarah Huckabee Sanders refused to say whether the president's treatment of those women, specifically, goes too far.

In conversation with Politico's White House reporter Eliana Johnson on Tuesday, Sanders claimed that Trump has been equally tough on male reporters during press briefings.

"The president's had an equal number of contentious conversations with your male colleagues," Sanders told Johnson at the sixth annual Women Rule Summit. "Women wanted to be treated equally, and we have a president that certainly does that."

However, Trump has personally criticized many reporters throughout his time in the Oval Office. During a press conference in the Rose Garden in October, he insulted ABC's Cecilia Vega's intellect, saying, "I know you're not thinking. You never do." He has also condemned male reporters, getting into a heated confrontation with CNN's Jim Acosta last month that led the White House to suspend Acosta's press credential, which has since been reinstated.

But the president's attacks on female reporters appears much more extensive. One of the most pointed examples of this was on display when Trump insulted MSNBC anchor Mika Brzezinski, or as he referred to her, "low I.Q. Crazy Mika." Trump claimed she "was bleeding badly from a face-lift" when she tried to court him for an interview last year.

In an press gaggle with reporters days after the news conference at which he clashed with Acosta, the president called veteran White House reporter April Ryan a "loser." At the same press gathering, Trump said CNN's Abby Phillip "asks a lot of stupid questions" after she asked him whether he wanted his acting attorney general, Matthew Whitaker, to "rein in" on Robert Mueller, the special prosecutor who is investigating allegations of collusion between Trump's 2016 presidential campaign and the Russian government.

Also last month, the president accused Yamiche Alcindor, a correspondent of color for PBS Newshour, of asking a racist question when she asked him whether he was concerned that his rhetoric was emboldening white nationalists. "That is such a racist question," Trump said, adding that the question "is so insulting to me. It's a very terrible thing you said."

Early in his presidency, Trump attracted negative publicity after he commented on Irish reporter Caitríona Perry's appearance. He called her over to his desk in a bizarre exchange that sparked outrage on social media.

However, during her talk with Johnson, Sanders dodged a question from her about whether Trump's behavior toward journalists of all genders was appropriate, and instead said she would prefer that both the media and the president dial down the heat in their interactions.

"I don't always find the behavior of the press to be appropriate either," Sanders said. "The president is somebody who's a fighter. When he gets hit he always hits back and I think that the people of this country knew exactly who Donald Trump was and they came out and 63 million Americans voted for him."