Don't let the Oscars go host-less: There are better ways to revive a struggling awards show

Ratings are down, and the plan to save the show — Kevin Hart — is a bust. But going without an emcee is a mistake 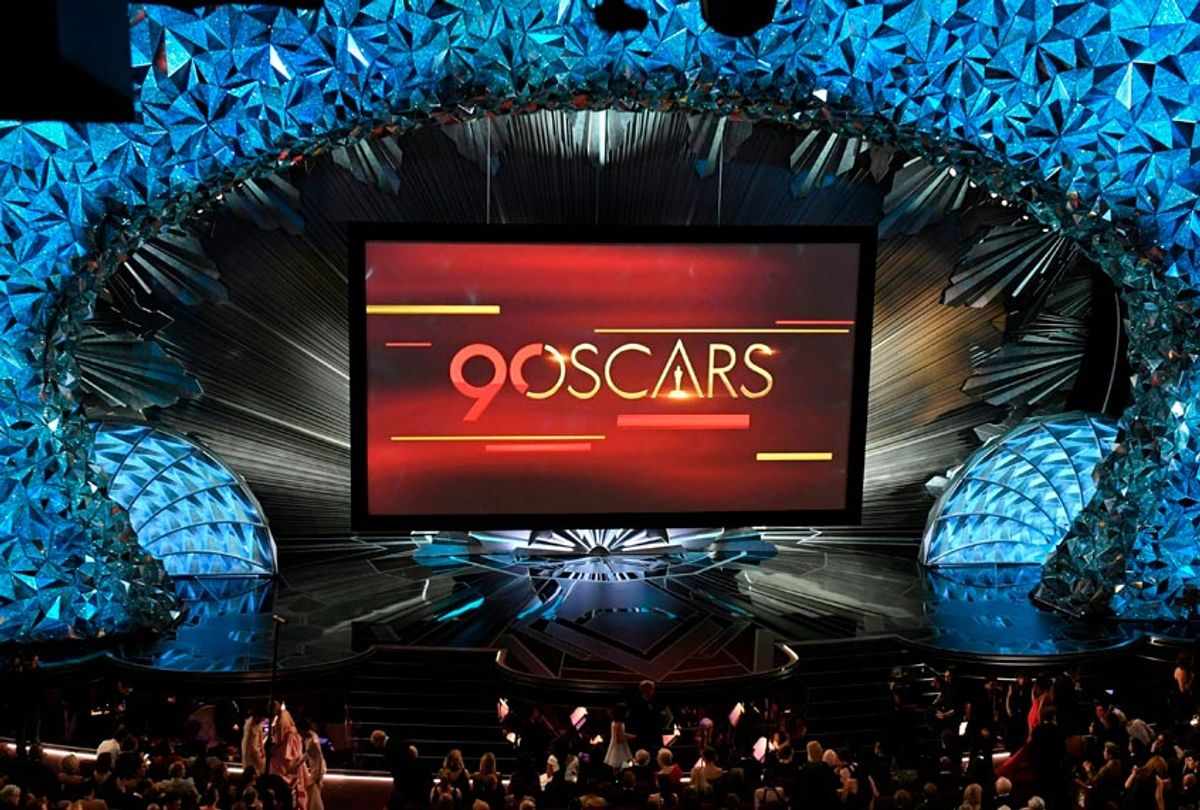 The Academy apparently bet it all this year on Kevin Hart, and now that the comedian has quit the Oscars 2019 hosting gig after a controversy blew up over his old anti-LGBTQ jokes, they reportedly have no back-up plan for a telecast scheduled for February 24. It’s hard not to read the rumor floating around that the Academy would rather hire no host at all for the 91st Academy Awards than go through the public vetting process again with another emcee as a bewildered shrug, or even a bit of a tantrum over changing audience tastes, rather than a deliberate programming strategy: If conservatives can't forgive Jimmy Kimmel's Trump jabs and progressives won’t blow off Kevin Hart’s past, let's see them try to follow three-plus hours of speeches without a designated tuxedo in charge. That'll teach . . . everyone!

If reports are accurate, the Academy’s considering throwing literally anything at the stage other than a hired emcee, mulling instead a mix of celebs to intro their fellow celebrity presenters, with a “group monologue” kicking off the ceremony:

Variety reports the Academy is “gun shy about going with someone, anyone who might be too edgy.” It appears the Academy is in a no-win situation at the present, since an edgy host might have baggage similar to Hart while a safe choice might not attract the ratings the Academy and ABC desperately need (the 2018 ceremony, hosted by Jimmy Kimmel, was the lowest rated Oscars).

Why not program the Elvis and Tupac holograms and call it a night then? (Note: I would watch that.)

It’s true that the Oscars telecast is in a bit of a catch-22 at the moment when it comes to mixing politics with Hollywood’s biggest televised night, but the producers are also betraying a disappointing lack of vision by assuming that the only choices left are Trump-obsessed late-night hosts or stand-up comedians with possible bad-joke skeletons littering their backlist. Since we’re considering the nuclear option — the last time the Oscars went without a host was 1989, quite a different time as far as demands on the TV audience attention span go — and since I have to watch whatever the Academy throws up on stage for work, why not explore some alternate scenarios?

To start — and just bear with me here — let’s assume there are women working in the entertainment industry who are not Ellen DeGeneres, who has said the hosting gig is a "thankless job" and isn't dying to reprise the role. Surely they exist! In the '90s and early Aughts, in fact, Whoopi Goldberg was in the regular rotation with Billy Crystal and Steve Martin. And yet over the last 15 years, DeGeneres has been the only woman hired (2007, 2014) as a solo emcee. (Anne Hathaway was done dirty in 2011 by pairing her with James Franco in his "performance art" period, and the result was, predictably, a mess.) How about calling one or more of them up to resuscitate the Oscars from its ratings slump?

An Island of Misfit Toys approach — throwing a mishmash of celebrities together and hoping it works — is betting an awful lot on luck for a show that needs a ratings boost. Those of us who remember the Tina Fey-Amy Poehler years of the Golden Globes know how refreshing an intentional comedy team of women can be. The chemistry between Queen Latifah, Tiffany Haddish, Jada Pinkett Smith and Regina Hall that electrified their breakout hit "Girls Trip" would transfer well to the Oscars stage. And for a show that weirdly enough tends to mistranslate "old-fashioned Hollywood glamour" into "poor man's Tonys," the foursome's combined brands of wit and sophistication could be just what the Oscars need to feel like a fresh spin on tradition, not a stale recycling of what worked in decades past, with enough unpredictability in the mix to drive some (good) viral moments.

If the Academy can't see wrangling four hosts, "Grace and Frankie" stars and screen legends Jane Fonda and Lily Tomlin would nail it, as would power couple Chrissy Teigen and John Legend — or ABC could keep it in the family with the very popular "Crazy Rich Asians" star Constance Wu and her "Fresh Off the Boat" co-star Randall Park.

It's true that the team approach hasn't been terribly popular recently — thanks, Franco! — and the Academy might rightly be nervous about looking like it's going too far to follow the Globes' lead this year, with Andy Samberg and Sandra Oh hosting the Hollywood Foreign Press Association's annual bacchanal in January. If the Academy is looking for a single charismatic comedy veteran, might we suggest Julia Louis-Dreyfus? Not only is she a comedy legend, she's also deadly at the ad-lib, and a thoroughly familiar face and name to long-time prime time sitcom fans and prestige comedy nerds alike. On the other hand, I can't be the only person who would consider it my duty as an American to tune in to see RuPaul run the show.

What the Oscars shouldn't do is panic and call in a favor to one of their veteran tried-and-trues who are unlikely at this point to bring in enough older comfort-seekers to balance younger viewers fleeing for something — anything — to watch that feels more relevant to their lives. The truth is there simply is no such thing as a non-political choice for host — until all Hollywood hiring is equal, every such appointment, especially at this level, is inherently political, whether or not the president's name is ever uttered on stage. (We can go one night on TV without hearing his name, can't we?) Make no mistake, giving the appearance that there's only one woman working in Hollywood talented enough to carry the evening is also a political statement that the Academy has made loud and clear in recent years.

Ultimately, though, the success of the Oscars doesn't ride on one person's shoulders, and for the Academy to react to Hart's resignation like it's an unrecoverable calamity, not an opportunity to go back to the drawing board and re-envision what a successful Oscars night in 2019 could look like, is at best a failure of imagination. At worst, it could be the beginning of the end of the televised Academy Awards show as we know it. The Oscars shouldn't have to try to out-do the Golden Globes at drunken hijinx or the VMAs at viral shenanigans or the Tonys at memorable song-and-dance numbers. But they do need to figure out who and what they are in the 21st century — including what kind of personality is best suited to leading the evening — and then go do it on purpose. Speaking of, has anyone checked Dolly Parton's availability yet?