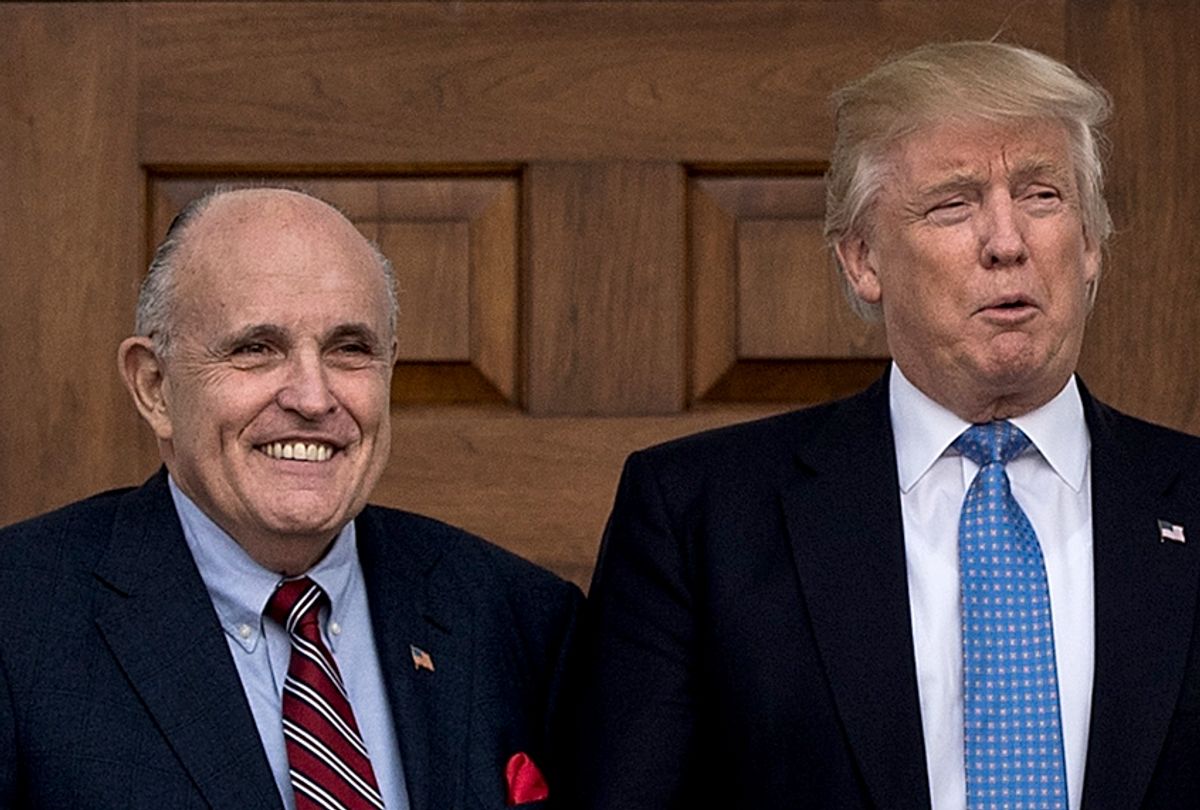 Rudy Giuliani, the former New York City mayor who now serves as a lawyer to President Donald Trump, told "Fox News Sunday" that he would only allow the president to be interviewed in person by special counsel Robert Mueller "over my dead body."

When host Chris Wallace began asking the former mayor about the aftermath of the recent sentencing of Michael Cohen, Giuliani insisted that the former Trump lawyer and fixer was being dishonest when he claimed that Trump ordered the two hush money payments made to women during the 2016 campaign to silence them from speaking out about alleged affairs they are believed to have had with the future president. He insisted that the president didn't learn about the payments until later in the process and that, even if Trump had ordered them, doing so wouldn't be a crime.

He then went on a personal attack against Cohen.

"Yes, this man is lying — is that a surprise to you, that Michael Cohen is lying? The man got up in front of the judge and said, 'I was fiercely loyal to Donald Trump.' Nonsense, he was fiercely loyal to him! He taped him. He sat there with [CNN anchor] Chris Cuomo, told him he wasn’t being taped, showed him a drawer and he lied to him and taped him for two hours. The man is a complete pathological liar," Giuliani told Wallace. The former mayor also defended his boss' inconsistent stories by saying that "I wouldn't be able to remember a lot of things that happened in September of 2016."

"They treated Flynn in a way that came very close to violating his rights," Giuliani told Wallace. Later he added, "I am disgusted with the tactics they have used in this case. What they did to General Flynn should result in discipline. They’re the ones who violated the law. They’re looking at a non-crime, collusion. The other guy's looking at a non-crime, campaign violations which are not violations, and they are the ones who are violating the law, the rules, the ethics, and nobody wants to look at them."

And of course, there was Giuliani's comment when he was asked about whether Trump would follow up his written answers to Mueller's questions with an in-person appearance: "Over my dead body. But you know, I could be dead."

Giuliani has been outspoken in his opposition to allowing the president to be interviewed by Mueller since May, and earlier this month it was revealed that Giuliani had viewed the process of having the president respond in writing to Mueller's question as a "nightmare." As Giuliani admitted to The Atlantic, "It took him about three weeks to do what would normally take two days." The White House also has no plans on issuing a counter-report to rebut the contents of Mueller's impending report, even though they had previously insisted they were planning on doing that.