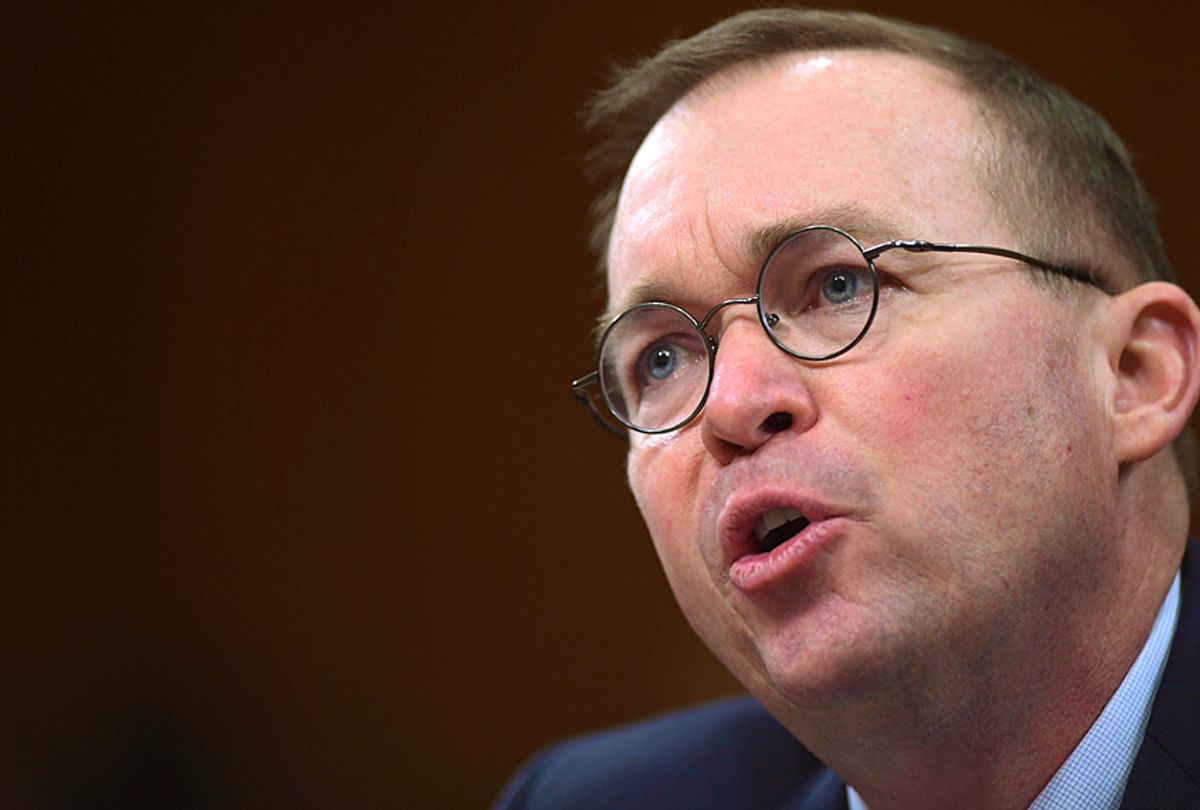 Budget Director and acting chief of staff Mick Mulvaney, who has been lobbying hard to permanently replace John Kelly as President Donald Trump’s chief of staff, may have had his chances derailed by the revelation that he referred to Trump as a “terrible human being” shortly before the 2016 election.

As The Daily Beast reported on Friday, Mulvaney offered Trump the most backhanded of all expressions of support during a debate with Democratic candidate Fran Person in November 2016.

“Yes, I am supporting Donald Trump, but I’m doing so despite the fact that I think he’s a terrible human being,” Mulvaney told the audience gathered at York Middle School in York, South Carolina.

The revelation about Mulvaney’s insult may hurt the South Carolinian’s chances of serving as Trump’s new chief of staff on an official rather than interim basis. On the one hand, Mulvaney has developed a strong relationship with the president. He has served him without public embarrassment as Director of the Office of Management and Budget and has so commanded the president’s trust that, until this month, Mulvaney also served as acting Director of the Consumer Financial Protection Bureau. It is possible that this long tenure of service could smooth over any rough feelings that might be caused as a result of Mulvaney’s remarks.

At the same time, the president also has a track record of bearing grudges against those who did not support him during the 2016 election. The most notable example was Elliott Abrams, who despite serving as a foreign policy adviser to both Presidents Ronald Reagan and George W. Bush was rejected by Trump after he became aware of Abrams’ criticisms of him during the election, according to CNN.

A recent piece in Politico elaborated on the lengths that Mulvaney undertook to get into Trump’s good graces.

Mulvaney didn’t initially have a natural rapport with Trump — Priebus and House Speaker Paul Ryan, the sort of Republicans Trump had campaigned against, and about whom he remains skeptical, pushed him for budget director. But he developed a relationship with Trump on the golf course, often staying in Washington over weekends rather than returning to his native South Carolina, to hit the links with Trump at his Virginia country club.

The piece also shed light on how Mulvaney could appeal to Trump as a possible full-time chief of staff regardless of his past criticisms of the future president. Whereas Kelly did his best to curtail the president’s more controversial social media habits, as well as to curb the influence of Trump’s daughter Ivanka Trump and son-in-law Jared Kushner, Politico writes that Mulvaney “is unlikely to attempt to reform the president’s habits of spending much of his time watching television and tweeting, or to curtail the influence of Trump’s daughter and son-in-law, Ivanka Trump and Jared Kushner, on the policymaking process.”