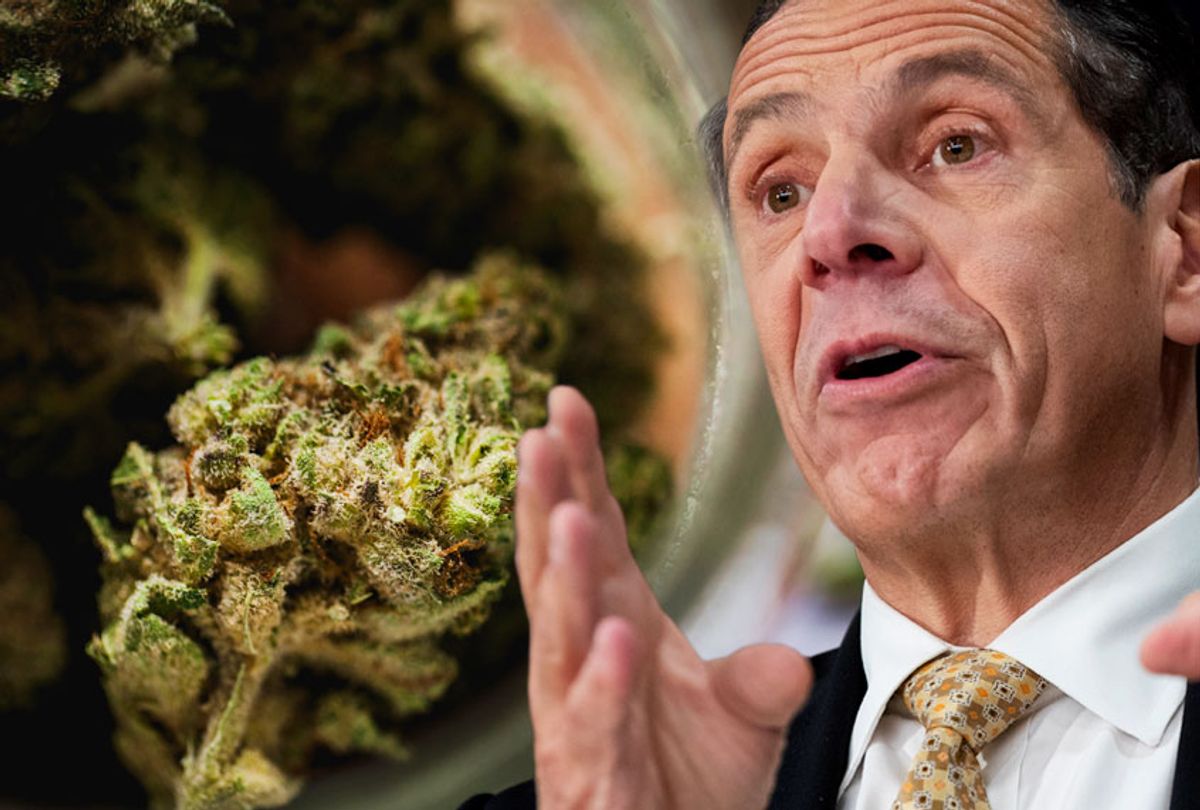 New York Governor Andrew Cuomo announced on Monday that he would push to legalize recreational marijuana in the Empire State next year — another sign that the Democrat's centrist approach to policy-making has shifted left in recent months after a primary challenge from "Sex and the City" star Cynthia Nixon, who ran to the left of the three-term executive as a self-described "Democratic socialist."

The proposal was outlined in a speech that Cuomo gave Monday in Manhattan, in which the newly reelected governor detailed his agenda for the first 100 days of his third term.

"The fact is we have had two criminal justice systems: one for the wealthy and the well off, and one for everyone else," Cuomo said, describing a system he argued had "for too long targeted the African-American and minority communities," according to the New York Times.

"Let's legalize the adult use of recreational marijuana once and for all," Cuomo added.

During the gubernatorial primary, Nixon ran a progressive campaign that supported the legalization of recreational marijuana as one of its key issues. The actress-turned-candidate framed legalization as a racial issue, arguing that minorities are jailed for "something that white people do with impunity." In doing so, Nixon brought to the forefront an issue that helped her capture some of Cuomo's strong support among black voters.

In the past, Cuomo had expressed concern about full legalization, last year claiming that marijuana was a "gateway drug" that could lead to significant substance abuse. However, this year he concluded that the "facts have changed," pointing to the decision of neighboring states to move toward legalization. Indeed, ten other states and Washington, DC have already legalized recreational marijuana for adults. Those states are reportedly spending the new tax revenue from marijuana sales on improving schools and transportation — and New York may soon do the same, as the move could bring in more than $1.7 billion in sales annually, the Times reported.

Earlier this year, Cuomo ordered the health department to study the benefits of legalizing recreational marijuana in New York. The study found that that the benefits of taxation and regulation outweighed any potential negative effects.

The proposal is expected to garner support in the Albany, where Democrats seized control of the State Senate for the first time in a decade in November's midterm elections.  The State Assembly, which is also dominated by Democrats, also supports such a measure.

A Quinnipiac University poll released in May revealed that 63 percent of New Yorkers supported legalizing marijuana for adults.