Fox News poll: Only 38 percent of Americans would vote to re-elect Donald Trump

While 38 percent of Americans said they will vote for Trump come 2020, 55 percent plan to vote for someone else 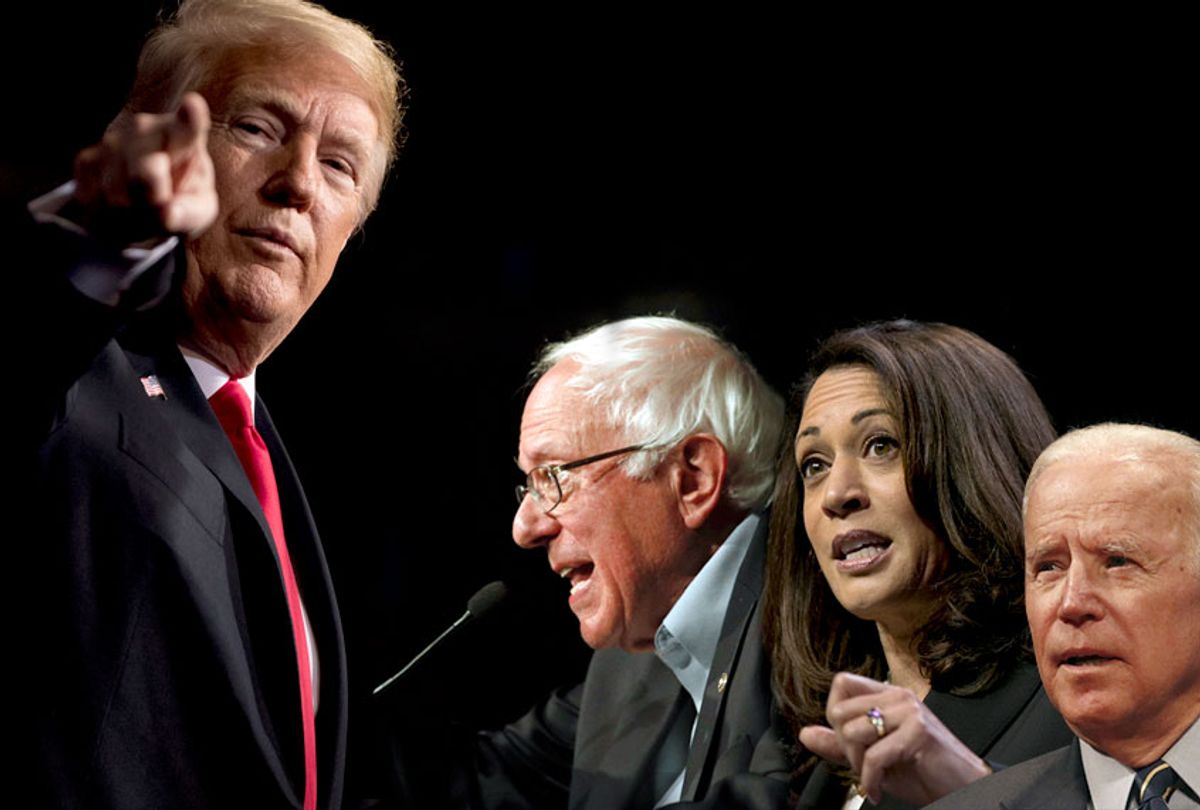 With the 2018 midterm polls long behind us, pollsters are starting to look at the 2020 presidential election. And according to a new poll from Fox News, good news awaits Democrats dissatisfied with Donald Trump's presidency.

The survey found that when Americans were asked about Trump's chances for re-election in 2020, only 39 percent of respondents say they believe he would win while more than half, 52 percent, believe he would not. Of course, polls aren't always accurate and led to the ghastly misjudged 2016 presidential election. And when compared to Barack Obama's re-election numbers in December 2010, an even worse 29 percent, Trump's appearance of popularity remains remarkably steady. But the number for Americans who say they would vote for Trump if the election were today are troublingly low for Trump.

Fox News also polled Americans on which potential Democratic candidate they found "excellent" or "good" for  2020. The poll found that 70 percent of Democrats rated former Vice President Joe Biden that way, while 63 percent of respondents said the same of former presidential candidate Bernie Sanders. Then Sen. Elizabeth Warren of Massachusetts, at 38 percent,  Rep. Beto O'Rourke of Texas, with 36 percent,  Sen. Cory Booker of New Jersey (34 percent) and California Sen. Kamala Harris, at a surprisingly low 33 percent, round out the frontrunners list. While these numbers align with the popular picks by Democrats to challenge Trump come 2020, none of the six have made their candidacy known for the presidential race. Instead, less name recognizable politicians like Rep. John Delaney (D-Md.) and West Virginia Democrat Richard Ojeda are the only people to have officially announced a run. The poll from Fox News found that only three in ten voters recognized either of their names.

As opposed to the "excellent" and "good" candidates for a 2020 battle against Trump, the poll found some "popular" picks to be not as popular as originally presented. New York City Mayor Michael Bloomberg, Sen. Kirsten Gillibrand of New York and former Starbucks CEO Howard Shultz all received negative remarks.

According to Fox News, the poll was conducted by Anderson Robbins Research (D) and Shaw & Company Research (R) from Dec. 9 to 11. The companies called 1,006 randomly selected registered voters in the U.S. The poll's margin of error is plus or minus three percentage points for all registered voters.