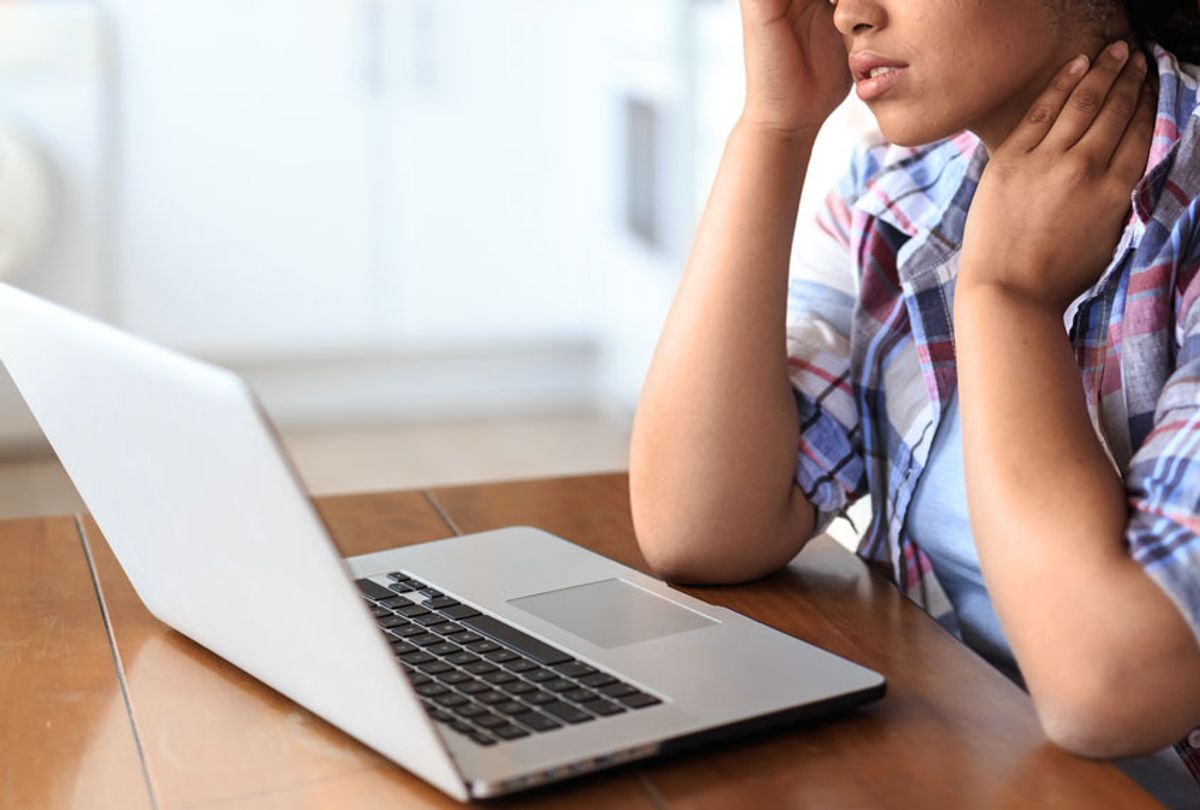 In a society built on patriarchal norms, it is no surprise that women often face harassment on various social media platforms — especially in professions like journalism and politics, where women are in the public eye. On Tuesday, the human rights organization Amnesty International released the largest study of its kind emphasizing the scale in which women endure online abuse.

The humanitarian organization singled out Twitter as a threat to the female pursuit of equality. That is in great contrast to social media corporations' branding: Twitter, Facebook and others try to sell their services as a means of bringing people — and the world — closer. The report noted that Twitter is particularly noxious for women of color.

“We are experiencing a watershed moment with women around the world using their collective power to speak out about the abuse they face and amplify their voices through social media platforms,” the report states. “However, Twitter’s failure to effectively tackle violence and abuse on the platform has a chilling effect on freedom of expression online and undermines women’s mobilization for equality and justice — particularly groups of women who already face discrimination and marginalization.”

The study was a joint effort between volunteers and artificial intelligence. Over 6,500 people from 150 countries volunteered to sort through 228,000 tweets sent to 778 women politicians and journalists in the UK and the US in 2017. Amnesty then partnered with an artificial intelligence group to use machine learning techniques to extrapolate and analyze data.

According to the study's findings, an estimated 1.1 million abusive or problematic tweets were sent to the women, which is an average of one every 30 seconds. Women of color were disproportionately targeted. Black, Asian, Latinx and mixed-race women collectively were 34 percent more likely to be mentioned in abusive and problematic tweets than white women, across the political spectrum. Black women were 84 percent more likely than white women to be targeted. Across the political spectrum, journalists working for right-leaning publications were mentioned in 64 percent more problematic and abusive tweets than those at left-leaning organizations.

The study follows multiple calls made by Amnesty to Twitter to make available “meaningful and comprehensive data regarding the scale and nature of abuse on their platform, as well as how they are addressing it.”

The report notes this study is specific to the professions of the women analyzed — politicians and journalists — and notes results may differ if applied to other professions. However, the study's findings do align with social media anecdotes from various women of color in the spotlight. Actress Kelly Marie Tran, who played Rose Tico in “Star Wars:The Last Jedi,” left social media after facing insurmountable racist and sexist harassment online last year.  As Tran explained in an op-ed in the New York Times over the summer: “Their words reinforced a narrative I had heard my whole life: that I was ‘other,’ that I didn’t belong, that I wasn’t good enough, simply because I wasn’t like them.”

Indeed, online harassment and abuse aimed towards women often perpetuates misogynistic, sexist and racist narratives. It might not be a coincidence then that Pew Research has found American women are more inclined than men to say it is more important for people to feel safe in online spaces, as opposed to men who are more inclined to say it’s important for people to speak freely online. Research also shows online harassment and abuse can take its toll on one’s mental health. Studies often find that cyberbullying can lead to psychosocial problems, depression, and low self-esteem, among other issues.

Twitter, like other social media companies, has struggled to strike a balance between freedom of speech online and indirectly allowing online harassment. Despite its abusive behavior policy, it is this struggle that is silencing marginalized voices on the platform, according to Amnesty.

“Twitter’s failure to crack down on this problem means it is contributing to the silencing of already marginalized voices,” Milena Marin, Senior Advisor for Tactical Research at Amnesty International said in a statement.

In a response to the study, Vijaya Gadde, Legal, Policy and Trust & Safety Global Lead at Twitter, said “Twitter has publicly committed to improving the collective health, openness, and civility of public conversation on our service.”

“Twitter’s health is measured by how we help encourage more healthy debate, conversations, and critical thinking,” Gadde said. “Conversely, abuse, malicious automation, and manipulation detract from the health of Twitter. We are committed to holding ourselves publicly accountable towards progress in this regard.”

Gadde added that Twitter “uses a combination of machine learning and human review to adjudicate abuse reports and whether they violate our rules.”

Punishment for violating Twitter’s rules depends on the content, but can range from serving “a period of time in read-only mode before they can Tweet again.” Subsequent violations can eventually result in permanent suspension. This is not always enough to stop abusers, though. Social media platforms are mostly protected under the Communications Decency Act of 1996; hence, said platforms aren’t motivated to really do anything about harassers other than deleting their accounts, after which harassers can typically go ahead and make a new one.

Dr. Sameer Hinduja, Co-Director of the Cyberbullying Research Center and Professor of Criminology at Florida Atlantic University, told Salon via email being protected from cyberbullying is a “fundamental human right.”

“These new findings from Amnesty International clearly highlight the disproportionate amount of victimization that women, and in particular women of color, regularly face,"Hinduja said. "To me, this means that gender and race should be key variables in programmatic decision-making by apps if they are truly committed to improve the experiences of targeted groups.”