Roger Stone needs to admit he lied on Infowars 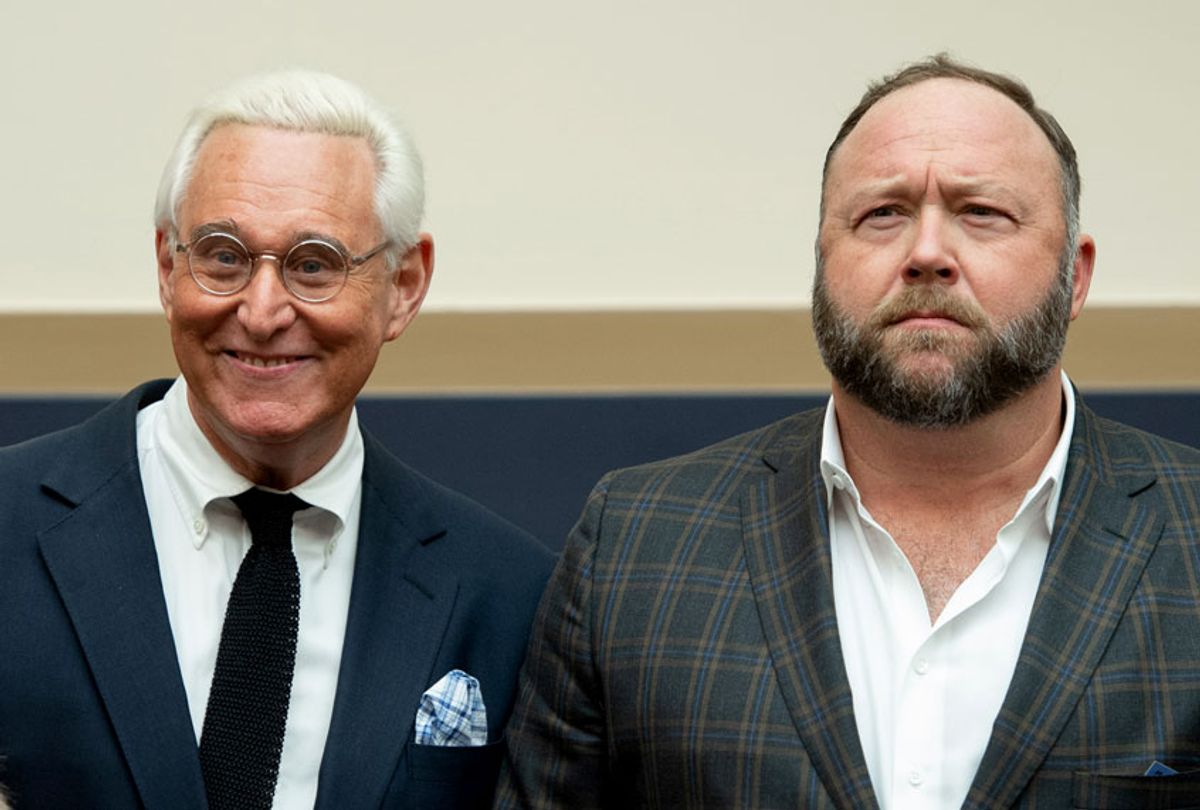 Roger Stone, the Republican political operative who has informally advised President Donald Trump for decades, is settling a lawsuit seeking $100 million in damages by admitting that he spoke falsely on Infowars about an exiled Chinese businessman.

The businessman in question is Guo Wengui, who Stone accused of breaking U.S. election law through donations to Hillary Clinton's presidential campaign, financing a presidential campaign for former Trump advisor Steve Bannon and being a financial crimes convict, according to The Washington Post. In his settlement from the lawsuit that sought $100 million in damages, Stone admitted that he had "failed to do proper research" before he made the federal election law accusation against Guo.

In a statement to the Post, Stone also placed blame at the feet of former Trump aide Sam Nunberg, claiming that "I made the error of relying on the representations of Sam Nunberg in my report on this matter and for that I apologized."

The origins of Guo's lawsuit stretch back to March, when he asserted that Stone had lied about him on the Alex Jones far right website Infowars. Stone had accused Guo of breaking a law that prohibits foreign nationals from contributing to American political campaigns, although he now says that Nunberg provided him with this false information because he had heard it from a Chinese American businessman named Bruno Wu. That further complicates matters because Guo has accused Wu of being a Chinese spy, prompting Wu to sue Guo for defamation.

Although the most recent legal development involving Stone pertained to a defamation lawsuit, the Republican operative is currently most notorious for his alleged activities on behalf of Trump during the 2016 presidential election. The aide has adamantly denied any interactions with powerful Russians during his work with Trump, including during an interview in April 2017 with Salon itself (as evidenced in the video below). Despite this, Stone has been accused of contacting WikiLeaks — a website run by Julian Assange that experts believe has been compromised by the Russian government — in order to coordinate the release of emails damaging to Hillary Clinton's presidential campaign. As The Post reported in March:

In the spring of 2016, longtime political operative Roger Stone had a phone conversation that would later seem prophetic, according to the person on the other end of the line.

Stone, an informal adviser to then-candidate Donald Trump, said he had learned from WikiLeaks founder Julian Assange that his organization had obtained emails that would torment senior Democrats such as John Podesta, then campaign chairman for Democratic presidential candidate Hillary Clinton.

The conversation occurred before it was publicly known that hackers had obtained the emails of Podesta and of the Democratic National Committee, documents that WikiLeaks released in late July and October. The U.S. intelligence community later concluded that the hackers were working for Russia.