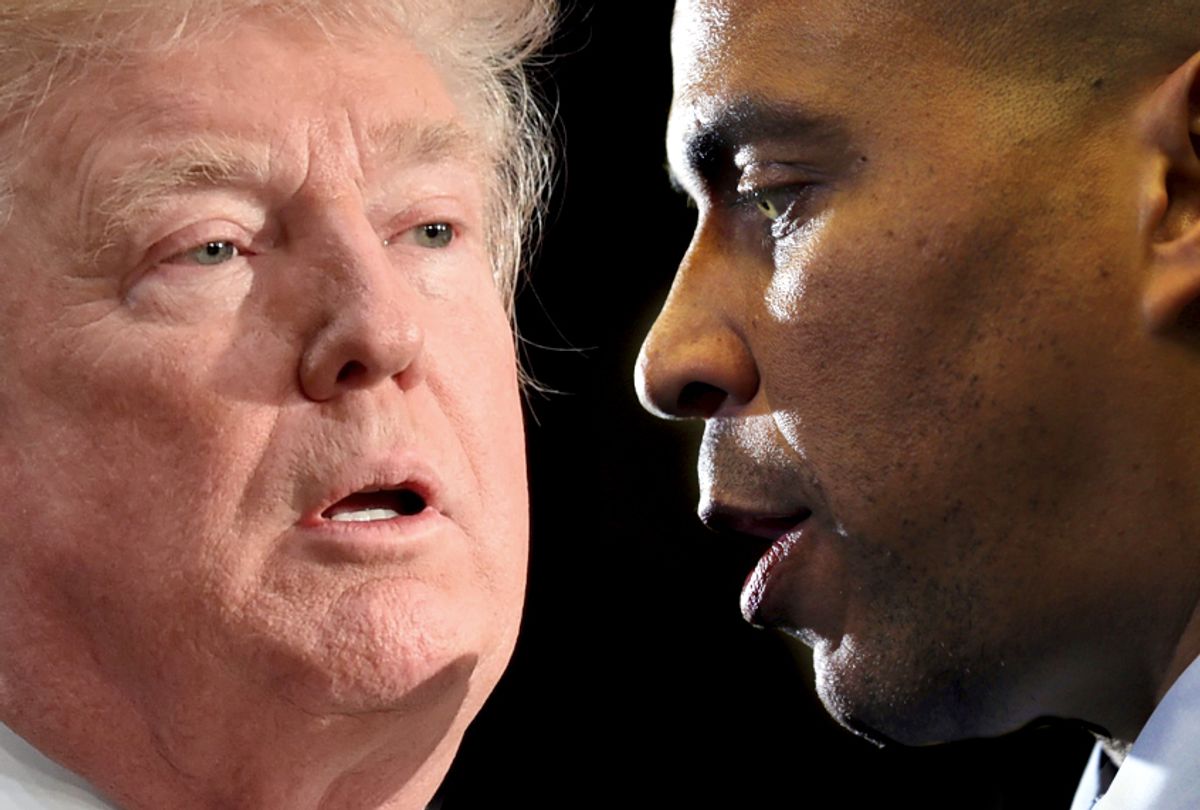 President Donald Trump is celebrating his most significant bipartisan legislative win thus far, hailing the passage of an incremental criminal justice reform by the Senate.

"America is the greatest Country in the world and my job is to fight for ALL citizens, even those who have made mistakes. Congratulations to the Senate on the bi-partisan passing of a historic Criminal Justice Reform Bill," Trump wrote in a pair of tweets late Tuesday evening. "This will keep our communities safer, and provide hope and a second chance, to those who earn it. In addition to everything else, billions of dollars will be saved. I look forward to signing this into law!"

The overall purpose of the criminal justice reform bill is to save taxpayer money by reducing prison sentence times for a select group of incarcerated people in federal prisons and improving rehabilitation programs. Known as the First Step Act, the new bill was passed by a vote of 87 to 12, with all 49 Democrats joined with 33 Republicans, including the somewhat reluctant Senate Majority Leader Mitch McConnell. It is a multifaceted law that will, among other things, retroactively limit the disparity in drug sentences between crack and cocaine offenses, reduce the "three strikes" penalty for drug felonies from a life sentence to 25 years and aims to make it possible for inmates to reduce their sentences as well as provide incentives for lowering recidivism rates.  The Washington Post further explains:

The bill, which does not cover state jails and prisons, would through reductions in sentencing do the equivalent of shaving a collective 53,000 years off the sentences of federal inmates over the next 10 years, according to the Congressional Budget Office — though some advocacy groups dispute this figure. There were about 181,000 federal inmates as of Dec. 13, according to the Bureau of Prisons.

One notable supporter of the bill was Sen. John Cornyn, R-Texas, who despite his reputation as one of the Senate's most reliably conservative voices characterized the legislation as consistent with right-wing values.

"This is history. This is history," Jones proclaimed after singling out Trump's son-in-law Jared Kushner for credit. "Right now you're witnessing history on the floor of the US Senate. There is a Christmas miracle under way where, for the first time in a generation, Republicans and Democrats are arm in arm tonight saying 'We are sending too many people to prison. They are coming out bitter and not better. We want to make a tremendous difference. I want to say Hakeem Jeffries on the left, Jared Kushner and Donald Trump on the right have brought together a coalition like I've never seen. You've got literally the National Association of Manufacturers, Fox News and Sean Hannity on the same page with Nancy Pelosi, Cory Booker, the ACLU, #cut50... Something beautiful is happening."