In a crowded, high-stakes year, the shelf life on these albums will extend far beyond 2018 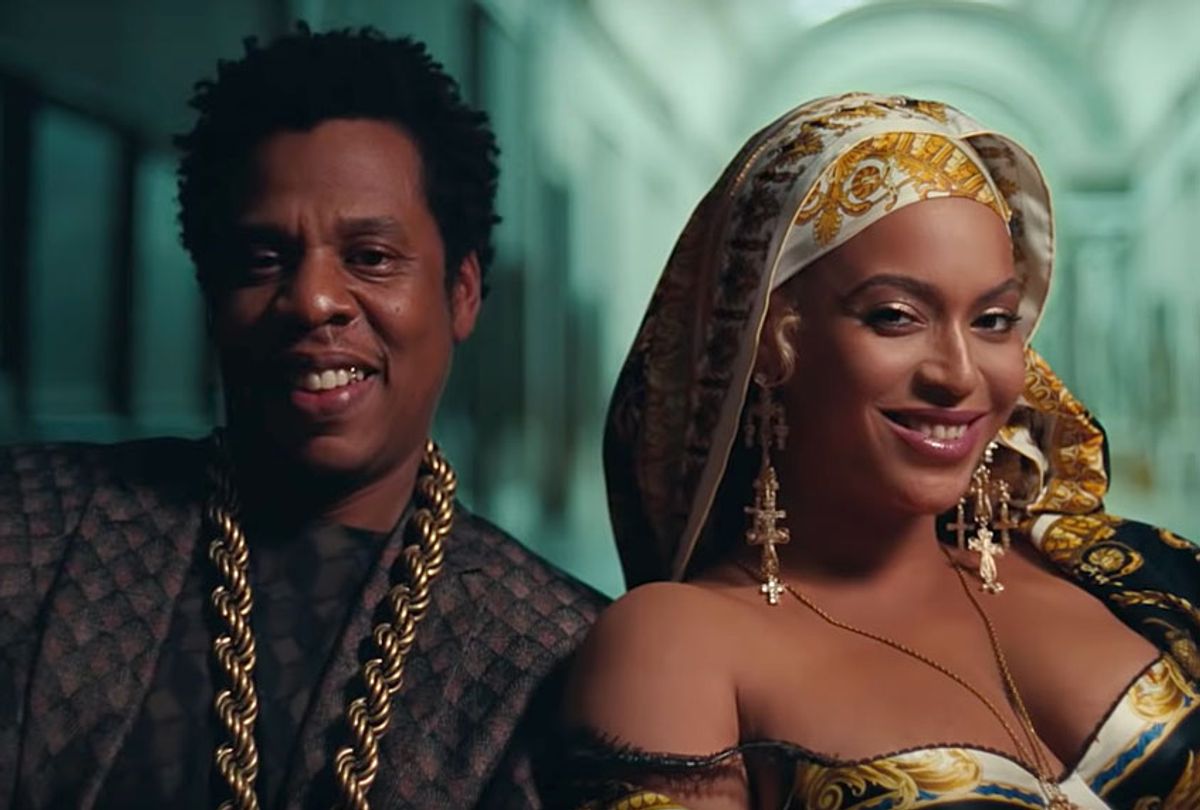 Picking the top ten albums of 2018 was a particularly difficult task, even after focusing only on releases that fall under the very broad umbrellas of hip hop and R&B. From Drake to Beyoncé and Jay-Z to Kanye West to Eminem, nearly every major artist released an album this year. (We’re still waiting, Rihanna!)

Luckily for me and this assignment at hand, not all of them were good. But here are the ten 2018 albums that were exceptional.

10. “Everything Is Love,” The Carters

We always knew that Jay-Z and Beyoncé would eventually release a joint album — or at least we hoped they would — and after Beyoncé’s “Lemonade,” where she aired Jay-Z’s infidelity and forgave him, it seemed like only a matter of time until a collaborative album would emerge. But as epic as "Everything Is Love" was from its conception, the music doesn't rest on the hype brought by its creators. Jay-Z continues to push writing that is rooted in reflection and vulnerability; Beyoncé’s lush vocals are bolstered by a resilient strength. The album is hardly one note, too — it’s part couple’s therapy session, part anthem, and all-around iconic.

If you’re familiar with hip hop outside of the mainstream, then Nipsey Hussle has been on your radar for a long time. But for a wider audience — Grammy voters included — Nipsey’s “Victory Lap” was one hell of an introduction. Bringing his very specific neo-G-funk LA sound to the rest of the country — perhaps even the world — Nipsey expertly blends crisp, narrative-driven raps over a soundscape that is as inventive as it is Californian. The roster of featured artists on "Victory Lap," illustrative of the album's range, includes Kendrick Lamar, Marsha Ambrosius and CeeLo Green. The Grammy nomination for Best Rap Album shocked the hip hop world — not because Nipsey Hussle's not worthy, but because the Recording Academy finally noticed.

British singer/songwriter/producer Dev Hynes delivered something extraordinary with his fourth studio album "Negro Swan," which holds nothing back in the depths of its exploration of mental health for marginalized people. Hynes once described the album as "an honest look at the corners of black existence, and the ongoing anxieties of queer/people of color." "Negro Swan" brings together an unlikely but powerful list of collaborators: a very vulnerable Puff Daddy, trans writer and activist Janet Mock, and Southern rap legend Project Pat. Demonstrating his ability not just to stretch genres and complicate neat binaries, but also pull unfiltered artistry from the album's guest stars, Hynes finds his magic inside the in-between.

"Astroworld" was one of the most anticipated albums to drop this year for rap fans. Travis Scott's fame and recognition is firmly rooted in his talent, both in making ambitious music and performing what's widely considered to be the best live rap show. On "Astroworld," an homage to his hometown Houston, he does not disappoint, delivering imaginative soundscapes that are dreamy, psychedelic and unpredictable, while merging the gifts of Stevie Wonder, James Blake, Drake and Frank Ocean. Scott also manages to dig deeper than ever as a lyricist, crafting songs that translate seamlessly from lonesome car rides to rumbling arenas. It's no wonder why "Astroworld" is also up for a Grammy for Best Rap Album.

Mac Miller's finely-crafted fifth album illustrated the depths of his interior life and the larger human experience while deploying vocals that are both boozy and intentional over the funkiest of basslines. The introspective songs of "Swimming" are at times relatable — and sometimes disturbing — but always cathartic, and demonstrate significant artistic growth from the Pittsburgh rapper. Unfortunately, a month after the release of "Swimming," Miller died from an accidental drug overdose, leaving behind so much of his talented work, and yet still not enough. "Swimming" is also in the running for a Best Rap Album Grammy Award.

On her conceptual masterpiece "Saturn," London songstress Nao pairs velvety vocals with ambient, outer-space sound arcs to make music that soothes and meshes sounds of the world. "Saturn" feels almost spiritual in its intention. Nao is in a lane of her own, building on the foundation she laid with her first album, "For All We Know." On this sophomore effort, she's solidifying her voice, inviting us along on her journey of self-discovery and rebirth, wholly in sync with the machinations of the universe.

"Invasion of Privacy" is more than just an album; it's a testimony. After Cardi B's buoyant, aggressive, chart-topping "Bodak Yellow," some were skeptical about the Bronx rapper's ability to pull off an entire album that was diverse in sound and content. But there are no skips on "Invasion of Privacy," and that's a testament to Cardi being underestimated her whole life. From the Latin-inspired "I Like It," a nod to her Afro-Caribbean heritage, to chant-able trap anthems and simply exuberant songs, Cardi demonstrates just how much her writing game has developed. It makes absolute sense why the Grammys have nominated "I Like It" for Record of the Year and "Invasion of Privacy" not just for Best Rap Album, but also for Album of the Year.

Saba's "Care For Me" is one of those albums that's so magnetic it moved around the music community by word of mouth, generating endorsements both organic and persuasive. The album, which ruminates on trauma, grief and isolation, proves the power of people telling their own stories, using the specific to illustrate the universal. Chicago is a city often in the news, especially as a racist scapegoat in conservative media and President Donald Trump's rhetoric. But in the gorgeously, meticulously orchestrated "Care For Me," with its diary-like meditations on struggle and survival, Saba leads with empathy. The Chicago scene has long produced undeniably thoughtful, multi-faceted music, and yet Saba's is a voice that's singular, authentic and inventive.

When Kanye West announced that he would be executive producing a string of albums from some of hip hop and R&B's finest (including his own), Pusha T's "Daytona" emerged as the first of this cohort and remained the strongest. Kanye concocted a perfect soundscape of samples and snares that was sure to swallow a less formidable rapper. But Pusha's menacing flow couples flawlessly. His biting, at times disrespectful, '90's-rooted bars don't sound dated at all. He's the only rapper that not only continues to taunt Drake, but has been victorious in his challenge against him.

"Dirty Computer" arrived after two concept albums in which Monáe's alter egos took center stage. But here she appears as herself — in her own words, "young, black, wild and free." Bringing together a wide range of artists including Brian Wilson, Zoe Kravitz, Grimes and Pharrell Williams, "Dirty Computer" is a celebration of womanhood — specifically, black womanhood — and humanity. On the album, Monáe imagines a world that hasn't yet materialized, but is aspirational, intersectional and rooted in liberation. "Dirty Computer" is confessional, vulnerable, animated, ebullient, challenging, and has my vote for album of the year.