It's the last week of Republican misrule in Washington — and, oh dear Lord, chaos reigns

Trump's worst week yet: A shutdown looms, the stock market dives and Jim Mattis quits over the Syria pullout 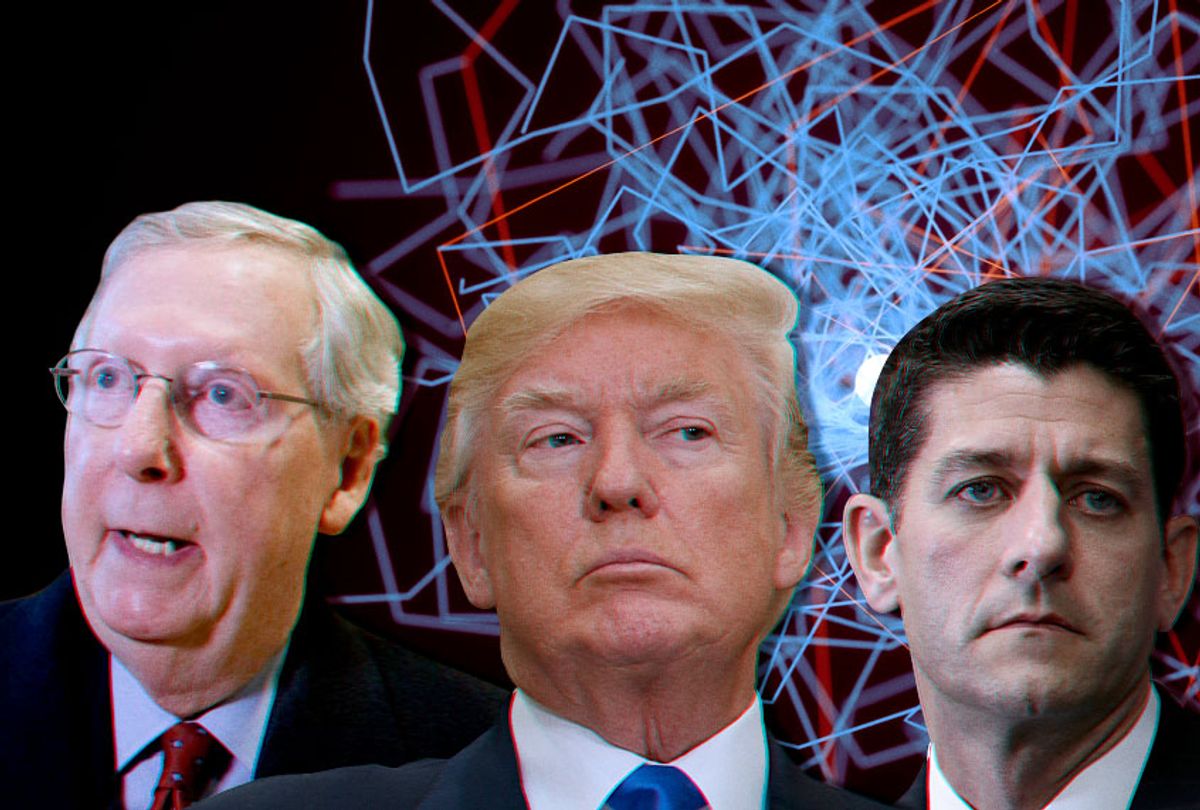 On Thursday night, over a chyron that said "Trump plunges Washington into chaos: Mattis resigns, shutdown looms, market dives," CNN's Don Lemon said, "Right now there's not a permanent attorney general, defense secretary or chief of staff. The government is on the verge of a shutdown because the president wants money for his border wall. Stocks are having the worst December since the Great Depression. And Robert Mueller has indicted multiple members of Trump's inner circle. Is this administration melting down?"

I'm not sure why they were being so subtle about it. This may have been the single worst week of the Trump presidency. And it wasn't over yet.

Earlier in the week we saw that astonishing sentencing hearing for Michael Flynn, in which a federal judge, having read a pile of classified documents, excoriated the president's former national security adviser for "selling out his country" and potentially committing treason. Judge Emmet Sullivan was the first person outside the Mueller team to see this evidence and it obviously shook him to the core. One imagines his reaction had a similar effect on Donald Trump, who went uncharacteristically quiet about the issue.

Meanwhile, even though Trump had said he would be "proud" to shut down the government if he didn't get his border wall, cooler heads seemed to be prevailing. On Wednesday the Senate passed a continuing resolution to keep the government funded until February and the president was said to be willing to sign it. But then all hell broke loose on right-wing media. Ann Coulter declared that Trump's presidency a joke if he didn't demand full funding for his wall. Rush Limbaugh compared him to Obama. Even "Fox & Friends" turned on him.

So Trump finally decided to take a stand and do the right thing: He unfollowed Ann Coulter on Twitter. But that was the end of that little rebellion. Trump then got word to Limbaugh that he was reneging on the deal and called Paul Ryan up to the White House to instruct him to get that vote so he could show up Nancy Pelosi. And, as usual, they obediently complied to make him happy.

The Senate won't pass that House bill and everyone knows it, even Trump. So as I write this we are looking at a shutdown over the holidays. House Freedom Caucus chair Mark "Ebenezer" Meadows told the millions of federal workers who won't get paid, "You signed up for this." Hey, at least they can say "Merry Christmas" again.

The markets were not amused. The Dow is now at a 14-month low, and has lost more than 1,700 points over the last five days. The stock market commentators kept repeating the words "blood on the floor" over and over again. Trump is said to be concerned that he won't be able to tout the best economy the world has ever known during a bear market. I'm not sure I believe that. A man who can look into a television camera and say that a nonexistent border wall is already partially built is not exactly tethered to reality.

We also found out that Trump's hand-picked toady now serving as acting attorney general, Matt Whitaker, had been cleared by the ethics office of the Department of Justice of any conflict of interest, so it's perfectly fine for him to oversee Rod Rosenstein's management of the Mueller probe. At least that's what they claimed. It turned out to be a little different: Ethics officials had actually recommended Whitaker recuse himself because of the obvious appearance of conflict of interest. He then conferred with his own unnamed advisers who told him he shouldn't.

And as it happens, the man nominated to succeed him as a permanent attorney general, William Barr, had earlier sent a private memo to the White House and the Justice Department railing against the special counsel Robert Mueller's office and its  investigation of the president for obstruction of justice. Presumably Barr too will be cleared by the same unnamed advisers.

All these headlines had Trump tweeting furiously about sundry random subjects over the past few days. But no tweet startled the entire world more than this one, in which he announced "Mission Accomplished":

Trump seems to have been so rattled by his base's reaction to his inability to ram through his promised wall that he's decided to randomly exercise his executive authority as commander in chief. His own government was startled by this news. Most of them knew nothing about it. It was later revealed that he'd issued a similar order for troop withdrawals from Afghanistan.

This is a totally legitimate policy if pursued thoughtfully and strategically, but I think everyone knows by now that those are not characteristic of the way Trump makes decisions. The Syria pullout seems to have been precipitated by a call from Turkish President Recep Tayyip Erdogan, who told Trump that he was ordering his troops to attack the Kurds in northern Syria, who happen to be the principal American allies in that misbegotten war. So Trump made the decision to pull out on the spot. Even people who agree that America should never have sent those 2,000 troops to the war zone in the first place are terribly concerned about what will happen next.

Trump is not one of them. He says all those other people in the region are ungrateful anyway and it's time for them to fight it out:

Certainly, there will no care taken for the allies the U.S. is leaving behind. After all, Trump is currently deporting Vietnamese refugees, many of whom have lived in the U.S. for decades.

He inexplicably continues to think that his alleged "isolationism" makes sense in light of his mammoth military buildup.

Russia, Iran, Turkey and all the other authoritarian governments on the planet were very happy to see him make this decision, especially the way he did it -- capriciously and recklessly. His BFF Kim Jong-un was so pleased to see how he reacted to Turkish threats to attack American allies that he issued an ultimatum that he wouldn't denuclearize until the U.S. pulled its own nuclear forces out of South Korea. It's been a good week for despots.

But it's not a good week for America. On Thursday Defense Secretary Jim Mattis went to the White House to try to talk the president out of his abrupt withdrawal from Syria and ended up resigning in protest. Mattis circulated his resignation letter, which pretty much says it all. He couldn't continue to work with a president who didn't "align" with his philosophy, which he described as a belief in supporting American allies and standing up to American adversaries. He didn't praise Trump or offer any thanks, merely saying that he was glad to have served the American people. It was the most stunning rebuke of this president so far from any high-ranking official in his administration.

Or at least the only one from a named source. It's worth noting here that literary scholar Don Foster, in an essay for Salon, identified Mattis as the likely author of the scathing New York Times op-ed published in September and attributed only to a "leading official" in the Trump administration.

Mattis was one of the few competent officials remaining in the administration. As far as we know the Pentagon hasn't been corrupted by the extremist grifter class that permeates the rest of the executive branch, so his loss will be felt even by those who disagreed with his national security policy. Even Mitch McConnell seems shaken.

Trump seems happy to see Mattis go. Is he melting down? Well, yes, but what else is new? The problem this time is that his method of reasserting control, or at least faking it, is to start micromanaging the military. What could go wrong?