Three Kansas state legislators, all women, bail on the Republican Party in the same week. Now comes the deluge? 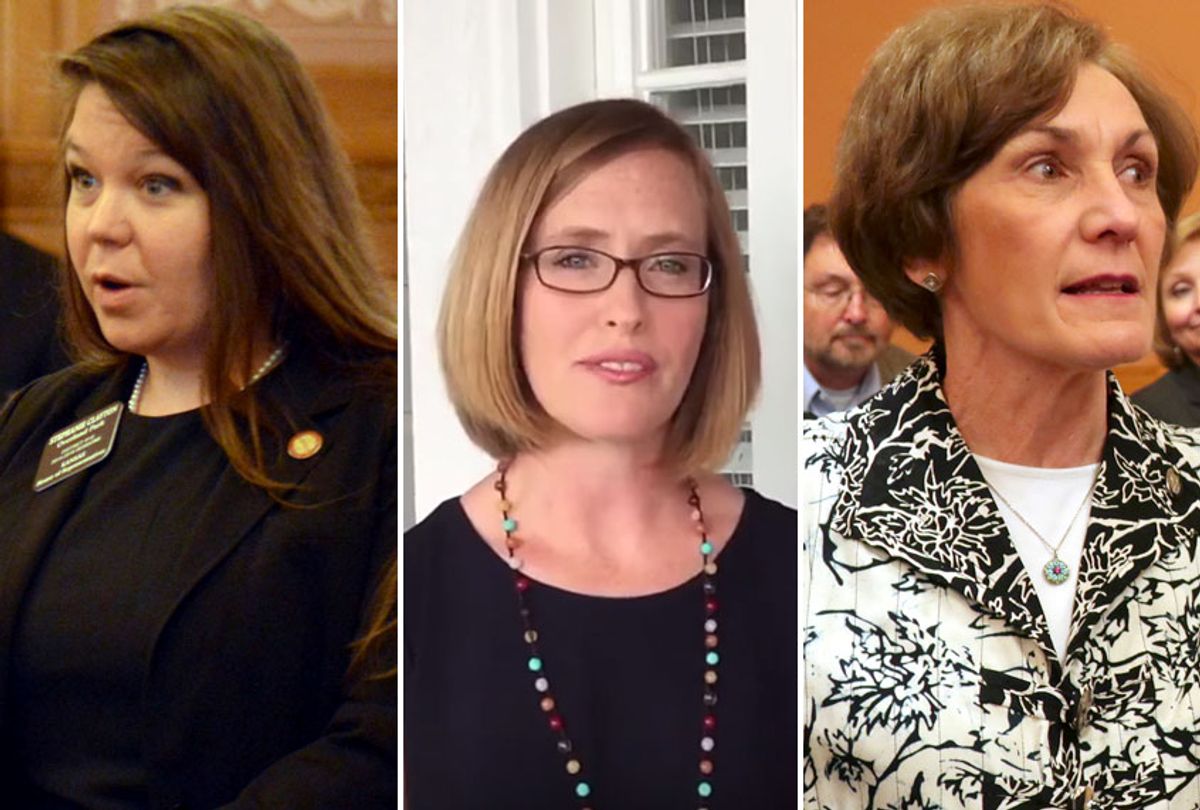 Three Republican Kansas lawmakers have defected to the Democratic Party in the last week, and another “three to four” members may follow.

Two state senators and one state representative, all women, announced their moves separately and cited their own reasons for leaving the Republican Party.

State Sen. Barbara Bollier was the first to defect last week, citing her disgust with President Donald Trump. She told Salon's Matthew Rozsa by email last week that when Kansas Republicans "codified a statement against transgender identity in their platform, coupled with the blind support of President Trump's intolerant and dictatorial style, my moral compass said 'No!' I can no longer be complicit with that ideology and now find my home with the Democratic Party, a group that stands up for the issues that matter most to my Senate district."

Bollier told the Kansas City Star that Trump did not "remotely" represent her value system, and that the state party's anti-transgender proclamation -- which reads, “We believe God created two genders, male and female,” was the final straw. “I support the people of Kansas. I do not condemn whoever they are,” Bollier said.

Bollier, who is running for a second term in the Senate after serving six years in the state House, supported Democrats during the midterm elections, which led to her being booted off the Senate Public Health and Welfare Committee.

“I am a moderate person who represents a moderate and pragmatic district that expects me to focus on issues and solutions that impact their day-to-day lives,” Sykes wrote. “Increasingly, I see the Republican party focusing on issues and approaches that divide our country. I do not agree with that approach.”

“At this time, I feel like I can either fight to change the Republican party or fight for the state I love and the people I serve. I think I can better serve my state and constituents as a member of the Democratic party,” she added.

The county where Sykes’ district lies backed Trump in 2016, albeit with only 47.9 percent of the vote.

State Rep. Stephanie Clayton also announced Wednesday that she was leaving the Republican Party over its position on education.

“I first ran for office in 2010, when my daughter was in first grade, because of the lack of stable funding for public education,” Clayton wrote on Facebook. “Leaders in the Kansas House and Senate have now indicated that they will seek to scrap the bipartisan education plan achieved over the last two years, just as we are so close to solving this problem and ending the cycle of school litigation. My Republican Party, then, seems to no longer represent or serve the interests of the 19th District, Johnson County, or the State of Kansas.”

“I have been a proud Republican my entire life,” she added. “However, the recent moves to support chaos in public policy have caused me great concern. ... I believe that I can better serve my constituents, and support education as a member of the Democratic Party.”

After three defections in a single week, Kansas House Minority Leader Jim Ward predicted that “three or four” more Republicans may flip and join his party.

Ward explained that the three defectors were “policy wonks” and “pragmatic types” who fought for education funding and Medicaid expansion but “the Republican Party was obstructing every step.”

“Our message is good and the people of Kansas are more receptive to what we’re talking about than the Trump Republicans in charge of the party right now,” he added.