Trump is pushing Mattis out: The Secretary of Defense leaves on January 1 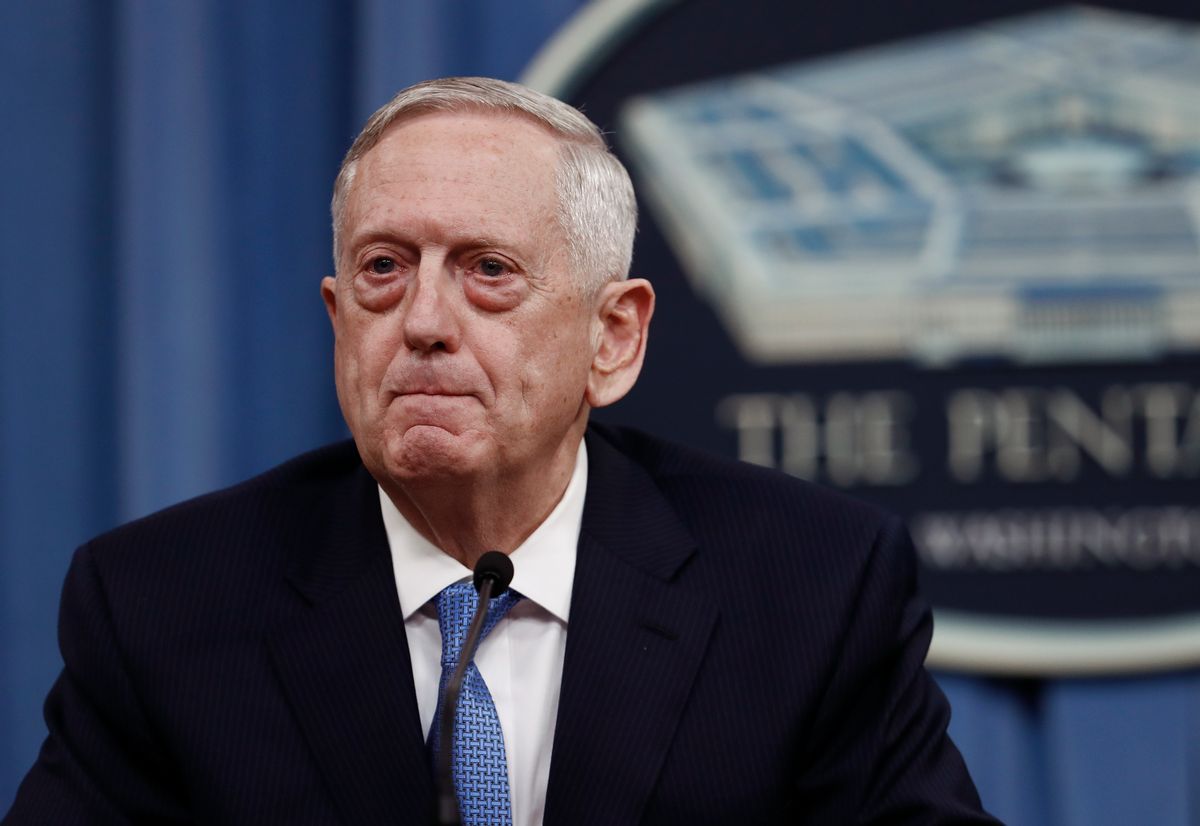 Defense Secretary Jim Mattis pauses during a news conference at the Pentagon, Tuesday, April 11, 2017. Mattis said the campaign against the Islamic State group is still the main focus of the U.S. in Syria and remains on track. (AP Photo/Carolyn Kaster) (AP)
--

President Donald Trump has announced a replacement for outgoing Secretary of Defense Jim Mattis, accelerating the timeline in which the respected retired general and foreign policy adviser will leave his administration.

"I am pleased to announce that our very talented Deputy Secretary of Defense, Patrick Shanahan, will assume the title of Acting Secretary of Defense starting January 1, 2019. Patrick has a long list of accomplishments while serving as Deputy, & previously Boeing. He will be great!" Trump tweeted on Sunday afternoon.

Shanahan is a former Boeing executive who currently serves as Deputy Secretary of Defense under Mattis, according to CNBC. Under Mattis, Shanahan has been entrusted with managing the Pentagon's $700 billion defense budget and reforming how the Pentagon operates to make it more effective. That said, it is unclear whether there will be any ideological or performative continuity between Mattis' tenure at the helm and Shanahan's impending stint in charge.

Mattis' departure has been the cause of considerable consternation in Washington, with many observers noting that he had assumed the role of suppressing Trump's worst instincts for the good of America's national security. Last year, David Gergen — who served as an adviser to presidents Richard Nixon, Gerald Ford, Ronald Reagan and Bill Clinton — talked to Salon about one of the roles he believed Mattis was playing in the White House. To do so, he compared Trump's presidency with the administration of President Richard Nixon during the depths of Watergate.

"Nixon was the commander in chief, and [former Secretary of Defense Jim] Schlesinger in effect was saying, 'We’re going to override the commander in chief if in fact we think it’s coming from some sort of aggressive personality or he’s just pissed off. Whatever it may be,'" Gergen recalled. "And I’ve asked people in the Defense Department, ‘Do you think there’s a similar arrangement today between [Secretary of Defense Jim] Mattis and the four-star generals?’ And the answer they’ve given me back -- I don’t think there’s any reason to believe he’s giving such an order ... [is] that if they’re given an order that they think comes from an erratic personality, they will double-check it with the secretary before they carry it out."

In addition to the threat posed by Mattis' departure, there is also the problematic nature of what caused Mattis to resign in the first place — namely, his decision to withdraw from Syria in a move that seems to help Russia while hurting America's own national security interests.

"It's an unfixable situation once it happens," Bill Browder, an American-born British financier whose activist against Russian human rights violations has made him an enemy of Russian President Vladimir Putin, told Salon. "Basically we've been in a situation when the US didn't enforce the red line in Syria after Assad started using chemical weapons and they created a situation where we had to ask their permission to fly over certain parts of Syria. The troops that we have in Syria are there and established and give us some degree of latitude in that part of the world. The moment we pull out, that's it. We'll have to ask the Russians for permission to do anything in Syria. This is the best Christmas gift that Putin could have ever gotten from Trump."