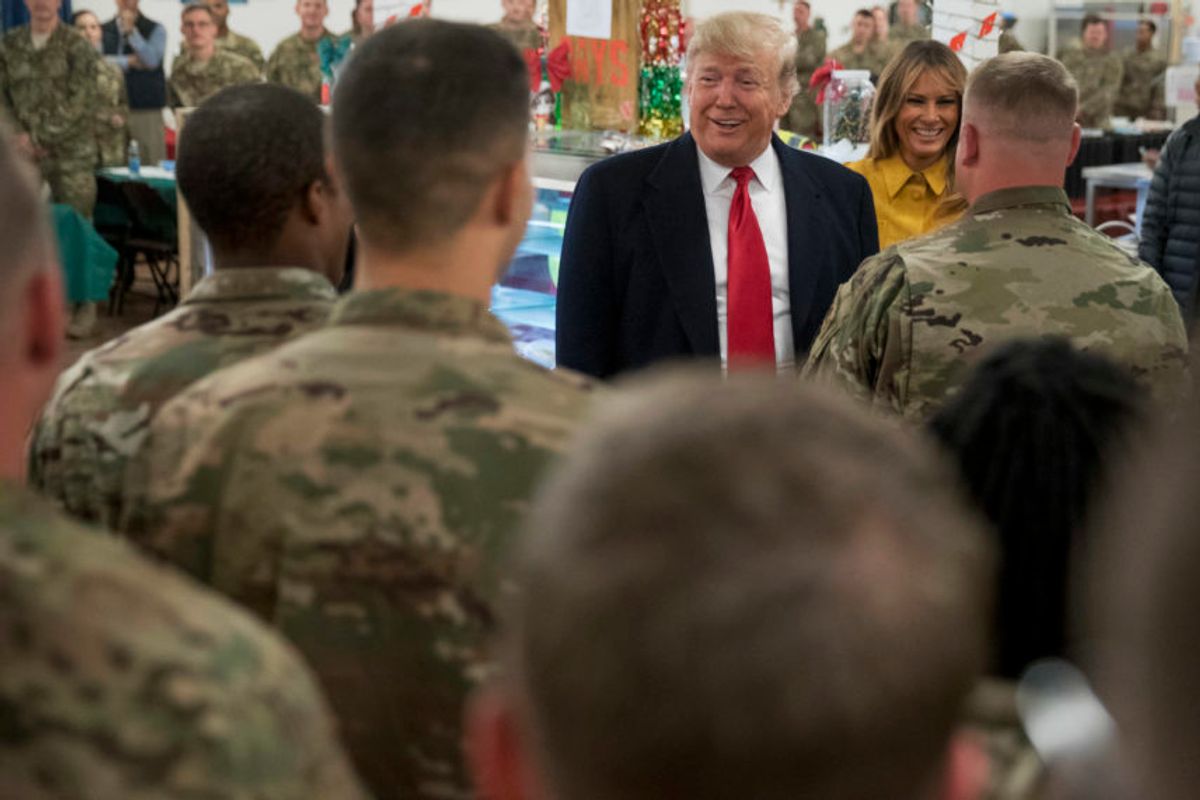 President Donald Trump's visit to Iraq on Wednesday ended with controversy as the president lied about a military pay raise, exposed sensitive military information and prompted Iraqi lawmakers to demand that American troops leave their country.

In fact, America's troops have received an automatic pay raise every year for more than three decades. While the pay raise authorized by the 2019 National Defense Authorization Act was the largest in nine years, it only amounted to a 2.6 percent pay raise.

Apart from Trump's dishonesty about military pay raises, his trip was controversial because it prompted the Iraqi parliament to demand that US troops leave the country. While 5,000 US troops are currently there, lawmakers from both sides of the aisle demanded that they leave on the grounds that his spontaneous appearance was arrogant and violated their nation's sovereignty, according to the Associated Press.

Finally, there is controversy over the fact that Trump wound up giving away the location of U.S. Navy Seal Team Five. As New York Magazine reported:

In the pool report of the trip — which was embargoed to help protect the Trumps’ safety in Iraq — the president asked the chaplain of Seal Team Five, Lieutenant Commander Kyu Lee, to take a picture with him, revealing the presence of the special ops team at the al-Asad Airbase in western Iraq. When Trump left Iraqi airspace, he posted a video in which he and the First Lady pause for photos with members of Seal Team Five, decked in full battle gear and night vision goggles.

"The deployments of special operation forces, including Navy SEALs are almost classified events, as to protect those men and women that are on the front lines of every overt and covert conflict the United States is involved in. Even during special operation demonstrations for congressional delegations or for the president or vice president, personnel either have their faces covered or their face is digitally blurred prior to a release to the general public," one Defense Department official told Newsweek in response to Trump's actions in Iraq.