House Democrats should move quickly to protect abortion rights in 2019

Republicans keep trying to ban abortion through sneaky back-door tricks. One bill in Congress could stop them 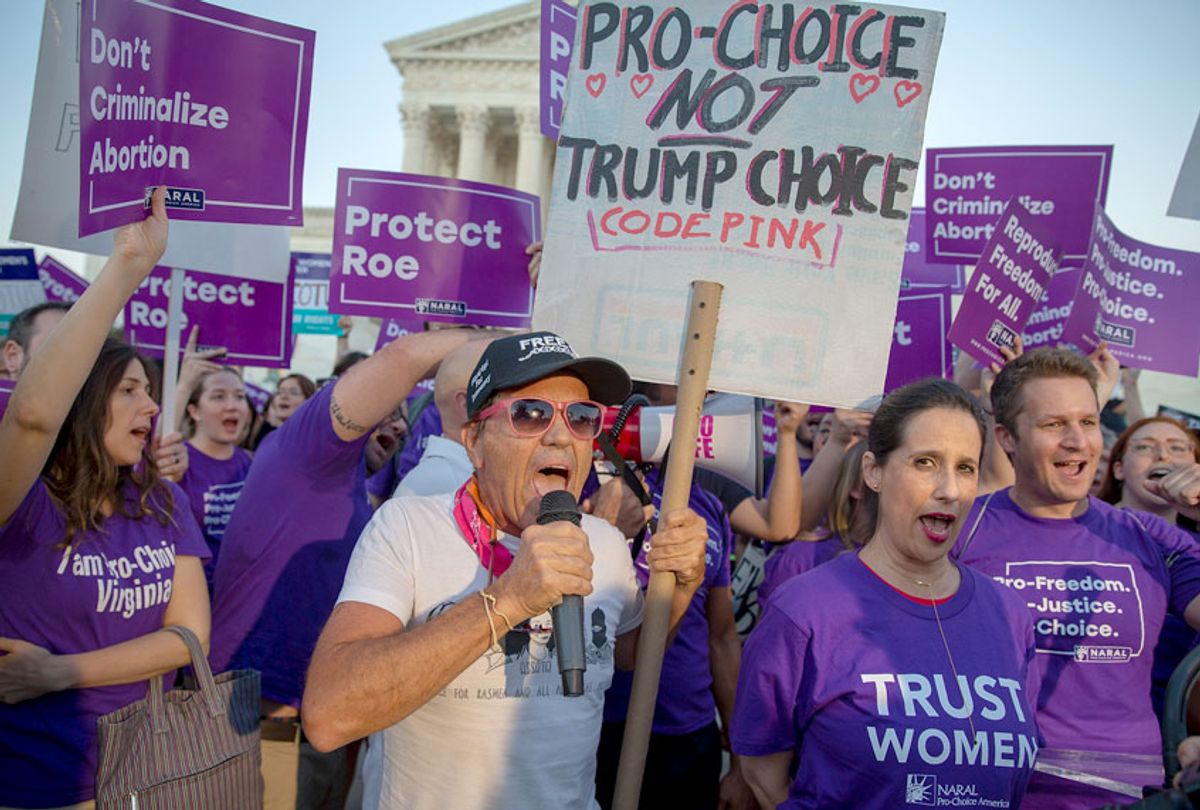 On Thursday, Ohio Republicans took advantage of the fact that most Americans are still distracted by holiday commitments to make a major move towards banning abortion. Republican Gov. John Kasich, citing constitutional concerns, had earlier vetoed a bill that would ban abortions after six weeks, effectively rendering the procedure illegal. Republicans in the state legislature moved to override the veto, but fell one vote short in the Senate.

Bill supporters focused on the fact that six weeks is when an embryo, with a rudimentary circulation system — which anti-choice activists inevitably and falsely call a "heartbeat" —  first shows up in an ultrasound exam. In reality, the timing is likely more because doctors typically don't perform abortions earlier than that, due to safety concerns for the patient. The Ohio bill, in other words, was a way to ban nearly all safe abortions while pretending not to be an abortion ban.

"Motherhood isn't easy but it's necessary," Republican state Rep. Christina Hagan said during floor debate over the multitude of abortion bans proposed in Ohio in 2018. The quote gave the game away: This isn't about "life," but about a view that motherhood should be mandated.

"Over the past decade, extreme politicians at state and local levels have passed more than 400 harmful and unconstitutional restrictions intended to delay or eliminate access to abortion care, and to shame women for their decisions," Sara Outterson, federal legislative counsel for the Center for Reproductive Rights, told Salon.

Republicans are only escalating those efforts, as Ohio's nearly-successful abortion ban demonstrates. This is happening despite the Supreme Court's 2016 ruling that these kinds of backdoor abortion bans and severe restrictions are unconstitutional. Republicans are now ignoring that ruling for a simple reason. They believe that Donald Trump's latest Supreme Court appointee, Justice Brett Kavanaugh, hates legal abortion as much as he hates being held accountable for his past actions, and will likely be the fifth vote to end legal abortion as we know it.

But there is a federal bill that, if passed into law, could stop all these efforts at backdoor bans in their tracks. The Women's Health Protection Act (WHPA) would bar states and local governments from regulating abortion differently than they would any other form of medical care. Medically unnecessary regulations, bans on abortion before fetal viability and other efforts to make abortion harder to get than similar procedures, such as dental extractions or colonoscopies, would be illegal.

This bill has been introduced in previous legislative sessions by Sen. Richard Blumenthal, D-Conn., and Rep. Judy Chu, D-Calif., but with Republicans in full control of Congress, it's gone nowhere. But when Democrats take control of the House of Representatives next week, they'll finally have a chance to pass WHPA. And even amid the long list of Democratic priorities for 2019 — including launching an overwhelming number of investigations into Trump's various scandals — they should take the time to bring this bill to the floor and pass it.

"With a new freshman class that includes a number of members who campaigned on their support for the Women’s Health Protection Act and abortion rights, the House now has the opportunity to show that it is listening to what the majority of individuals want," Outterson said.

Public support for legal, accessible abortion is stronger than ever. A 2017 poll from Act For Women found that more than 60 percent of Americans support a law that would do what WHPA does, a number that includes the majority of Americans in states like Florida and Texas. Support for legal abortion has only strengthened since then, with 71 percent of Americans saying that they want Roe v. Wade, which established the right to abortion, to be upheld. Even the majority of Republicans support legal access to abortion.

The likely reason that support for abortion rights is growing is that, with Trump having appointed two blatantly anti-choice justices to the Supreme Court, the public is beginning to realize that legal abortion is in real danger. Telling a pollster you disapprove of abortion is one thing when you believe you or your loved ones will always be able to get one discreetly if need be.

With the threat of abortion bans becoming more real, the public is getting worried, as they should be. One in five pregnancies end in abortion right now. That rate went down during the Obama administration, but with the Trump administration actively working to limit access to contraception, the need for safe abortion access could rise again.

There have been signs from House Democrats that moving to protect abortion access is a priority. Expected House Speaker Nancy Pelosi, through her spokesman Henry Connelly, declared in early December that the incoming congressional majority will "work to reverse the damage inflicted by years of GOP attacks on women’s right to choose and access to affordable contraception."

Still, there's value in the House passing this bill, Outterson said, to "send a strong message that this new House majority will stand up against attacks on women’s health."

Earlier this month, Kavanaugh and Chief Justice John Roberts punted on a case involving Planned Parenthood, suggesting, as Ian Millhiser at Think Progress argued, "that Roberts and Kavanaugh want to give the nation some time to forget about how Kavanaugh got his current job before they declare outright war on reproductive choice."

Passing this bill now would give Democrats an opportunity to build political support in Congress and elsewhere, smoothing the path to its actual enactment in the future. This would also signal to conservatives on the Supreme Court that it might not be worth it to overturn previous decisions protecting abortion access, as there's a decent chance that such a decision would be vacated if and when Democrats regain control of both Congress and the White House. (That chance seems to be growing with Trump's unpopularity.)

Passing this bill now would also encourage Democrats in state legislatures to pass state-level versions of the bill, such as the one in New York that Democrats hope to make law in the next legislative session. Such moves might not stop states like Ohio from banning abortion, but could certainly make it easier for women who need to travel for abortion access.

Since the Trump's election, the women's rights movement has been the backbone of resistance to his agenda. That's why the Women's March became the largest protest event in history, and why the halls of Congress were packed with a cacophonous crowd during Kavanaugh's confirmation hearings. Women are why Democrats were able to flip the House in 2018, with a record turnout and a 40-seat pickup. The least Democrats can do is show that they are willing to do what they can to protect women's rights as soon as they take power in 2019.