Shutdown suggestions: Federal employees are urged to do odd jobs for landlords instead of paying January rent 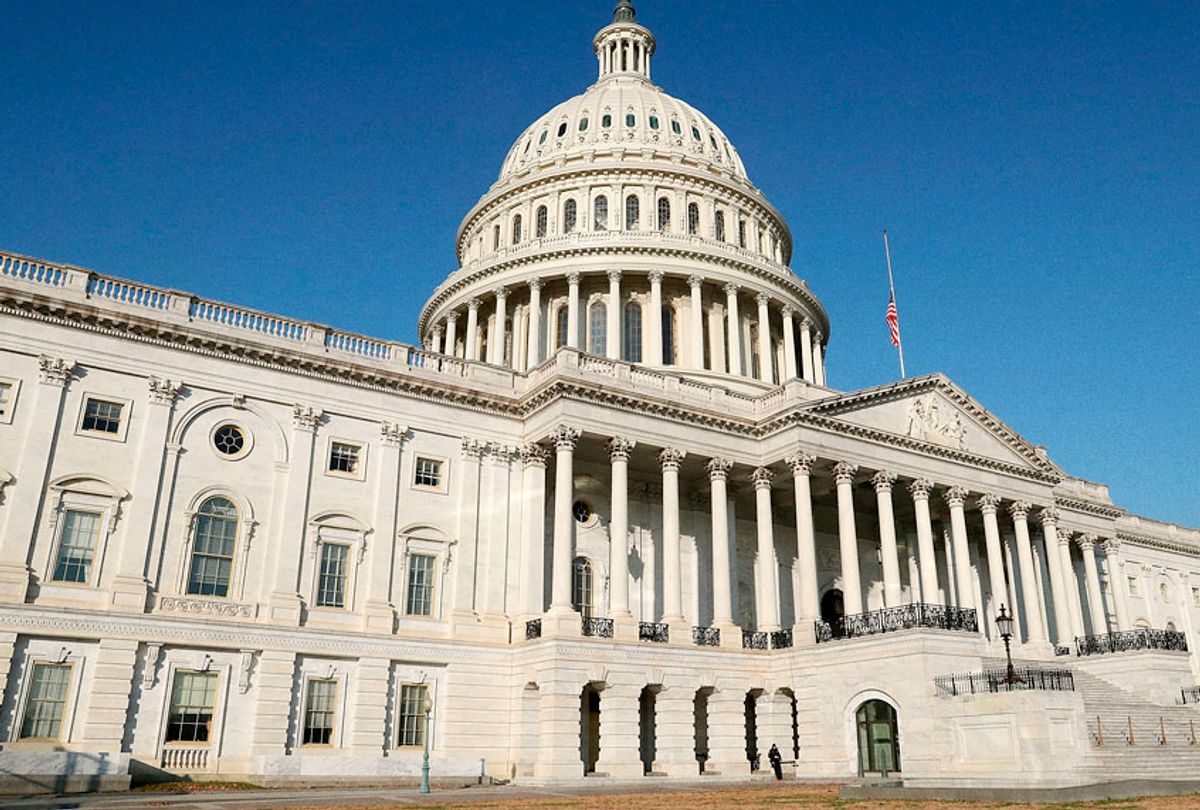 The U.S. Capitol is seen during a partial shutdown of the U.S. government, on December 26, 2018 in Washington, DC. (Getty/Mark Wilson)
--

The federal government is advising furloughed federal employees to offer to perform chores for landlords to help pay for their January rent as the partial shutdown drags into its seventh day.

The Office of Personnel Management tweeted several sample letters that federal workers “may use as a guide when working with your creditors during this furlough.”

“I am a Federal employee who has recently been furloughed due to a lack of funding of my agency,” OPM urged workers to write to landlords. “Because of this, my income has been severely cut and I am unable to pay the entire cost of my rent, along with my other expenses.”

“I will keep in touch with you to keep you informed about my income status and I would like to discuss with you the possibility of trading my services to perform maintenance (e.g. painting, carpentry work) in exchange for partial rent payments,” the letter says.

Employees were urged to “consult with your personal attorney” about specific legal advice, though it’s unclear how employees would pay for an attorney if they can’t pay their bills.

Nearly 800,000 federal employees have been furloughed or asked to work without pay as the shutdown continues.

Both the House and Senate have adjourned for the weekend, ensuring that the shutdown will drag on until next week and likely into the new year. The Senate had unanimously passed a spending bill but President Trump refused to sign it and has continued to demand $5 billion in funding for his proposed border wall.

The Environmental Protection Agency (EPA) announced Thursday that the department has run out of reserve funds and will be forced to shutter Friday. The Smithsonian museums and the National Zoo will also close Wednesday.

The Washington Post reported Thursday there was “no sign that negotiations were taking place” as Democrats prepare to take over the House on Jan. 3. Democrats say they plan to vote on a bill to fund the government but that includes no money for Trump's proposed wall. It’s unclear how the dispute would be resolved next year. Trump dismissed the plight of furloughed workers by claiming that “most of the people not getting paid are Democrats.”

Furloughed workers have in the past received their pay after shutdowns have ended, but there is no guarantee that will happen this time.

But 32BJ SEIU, a labor union that represents many workers employed at government buildings, warned that some contractors may not be paid at all. A subset of up to 2,000 subcontractors who include cleaning staff, security officers and cafeteria workers will not be compensated for the shutdown period.

Contractors are not allowed to bill the government for services while it is shut down, leaving their workers unpaid during the pause. 32BJ spokesperson Frank Soults told Vox that some of the workers have been able to get paid through reserve funds and other sources but many were not so lucky.

Members of Congress, meanwhile, will continue to get paid through the shutdown.

“Congressional salaries should be furloughed as well,” tweeted Rep.-elect Alexandria Ocasio-Cortez, D-N.Y. “It’s completely unacceptable that members of Congress can force a government shutdown on partisan lines & then have Congressional salaries exempt from that decision. Have some integrity.”