Most tech criticism is far too timid, geared towards self-congratulatory techies. These books are the antidote 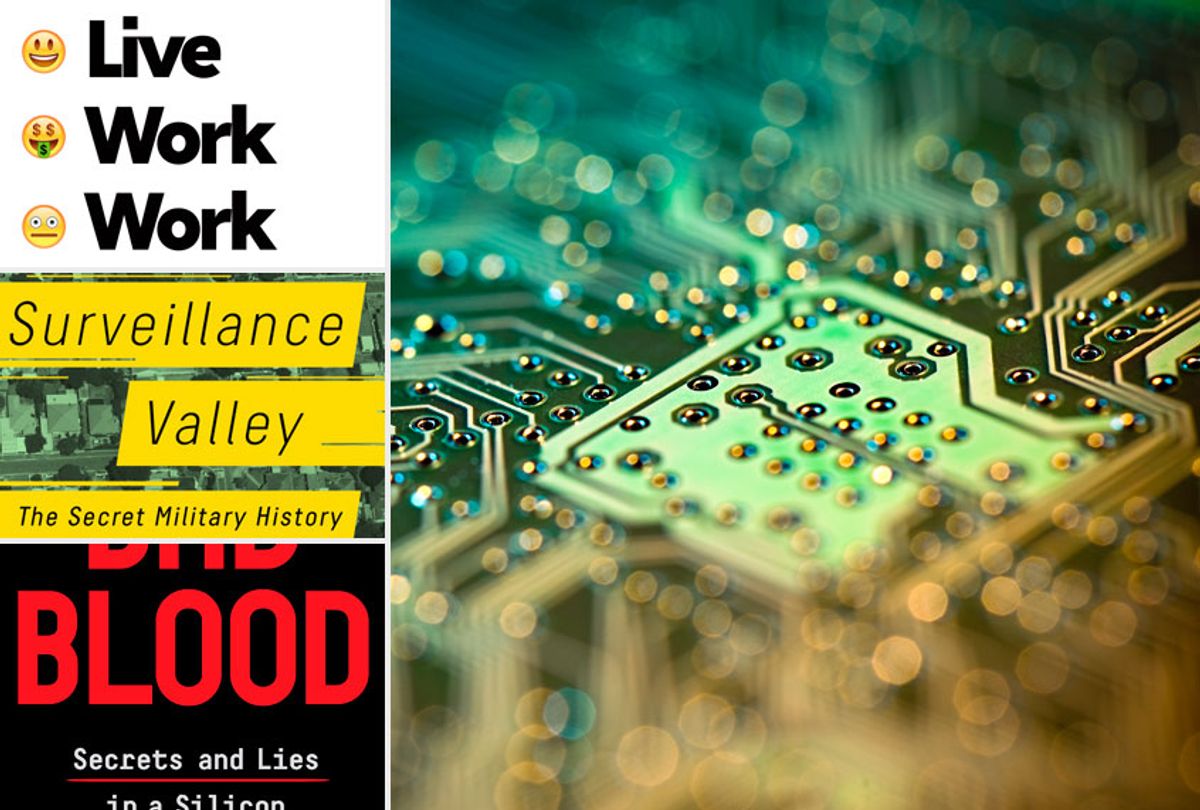 More so than gadgets and software, the tech industry’s most refined export is rhetoric. For decades, the industry positioned itself as synonymous with progress, seducing politicians and pundits into believing the tech industry’s actions and ideologies were innately good, thus making regulatory oversight unnecessary. If this utopian, pro-tech ideology didn’t thoroughly rub off on everyday people, Silicon Valley's products picked up the slack: many of tech’s weirdest religious beliefs — such as that all of society can be quantized and computerized, or that it is actually a good, normal thing to track all our behaviors and actions and then turn them into data points that can be mined — are now proselytized vis-a-vis our gadgets, which now mediate and curate much of modern communication. (This ideology is also known as computationalism, which I wrote about previously in an interview with tech critic David Golumbia.)

Because of Silicon Valley's reality distortion field you don’t get this perspective from most of the tech criticism corpus. Bookstores and libraries nowadays contain shelf after shelf of so-called tech books that follow a common journalistic formula:

Publishers send me dozens of these books a week to review; the problems the books pose are often things like

The solutions are what you’d expect from the kinds of neoliberal lackeys that write these books: A) train consumers not to look at their phones as much, or B) have programmers take ethics classes, or C) universal basic income. It’s as if an arborist observed a few dead leaves on a tree branch, and followed the branch to where it forked from a larger branch. “A ha!” the arborist exclaims, “this branch is ill,” oblivious that the root structure is poisoned. We cannot really diagnose the tech industry’s problems if we don’t throw out the initial proposition that there is anything actually fundamentally different about the tech industry from any other industry — which is the error most so-called tech books commit on the first page.

There are hundreds and hundreds of books that get published in this subgenre every year, so I’ve winnowed my book list down to those that understand the tech industry at its root, by authors who are not deceived by its reality distortion field. (I should probably mention that I published a tech criticism book this year, too, though including it in my own list would constitute cheating.) In a hundred years, the pop-criticism books on why the tech industry is so gosh darn amazing if they’d only do this one thing differently will be all but forgotten; I think these critics’ and scholars’ books will remain.

Corey Pein’s gonzo-criticism of Silicon Valley is essentially the Bay Area version of Orwell’s “Down and Out in Paris and London.” Just as Orwell experienced poverty firsthand in those cities in the 1920s and 1930s, Pein moves to the Bay Area in the late 2010s to semi-facetiously get rich in the tech industry. In the process, he experiences the same social horrors that those of us poor proles who live here must contend with daily: the rampant classism, the oblivious tech argot, and worst of all, the hyper-exploitative landlords that make Fred Trump look like Mother Teresa. (Read my full review here).

Those of us who grew up on the mid-1990s web are experiencing full-tilt nostalgia these days. And why wouldn’t we? Before the internet solely was a place where you traded privacy for an addiction to manipulative social media sites, it was utopian, experimental, and ugly: the “under construction!” GIFs and flashing HTML elements that typified Geocities pages then constituted a sort of populist design movement, though we didn't know it then. Megan Sapnar Ankerson’s study of the then-new culture industry of web design puts Web 1.0 in historical context, contrasting the development of the web with what was happening socially and economically in the world. It’s also an excellent chronicle of some of the more absurd 1990s websites, including pasta-brand Ragu’s bizarre entry into the World Wide Web, as it was known then.

"Bad Blood: Secrets and Lies in a Silicon Valley Startup", by John Carreyrou

“Bad Blood” might seem that it would fall into the solutionist vein of forgettable tech books I outlined in the intro, but it doesn't; rather, it is an exemplar of the power of dogged investigative journalism to expose industry fraud. Readers might recall that Carreyrou was in large part responsible for the revelation that Silicon Valley unicorn Theranos was selling mere snake oil, an investigation that led to the fall from grace of its delusional CEO.

Journalism is under constant crisis nowadays in large part thanks to the tech industry’s doings: by normalizing the notion that all journalistic content should be online and for free, and by making online ads relatively worthless, journalism has been in decline for years — and much of what was once called “journalism” is now subsumed into the realm of “content” and/or clickbait. Carreyrou's book speaks to the power of the brand of journalistic investigation that Silicon Valley's elite loathe.

"Surveillance Valley: The Secret Military History of the Internet", by Yasha Levine

Google employees rightfully balked recently when they found out their employer had a number of defense contracts; one wonders if they knew that the tech industry was quite literally founded on the back of the defense industry, such that there was a time when they were synonymous. Yasha Levine's wonderful historical tract shatters any illusion that the two industries were ever really that at odds with each other.

Though technically released in 2017, the paperback came out in 2018, so I feel justified adding Adam Greenfield’s opus to this list. Accurate to its name, “Radical Technologies” is a grand study of how (to paraphrase the author) networked digital information technology became "the dominant mode through which we experience the everyday." Greenfield’s book can be seen as a companion piece to Ankerson's “Dot-Com Design” and Pein’s “Live Work Work Work Die”: an attempt to puncture the reality-distortion field that surrounds a few visible technologies. Cleverly, Greenfield analyzes technology topics by confining each to its own chapter, which include the smartphone, the internet of things, and blockchain. In each case, Greenfield notes how said technology has altered the social sphere. Greenfield’s book is hopeful: he shows the potential of these top-down technologies to be subverted and reclaimed by citizens for the greater good in most cases.