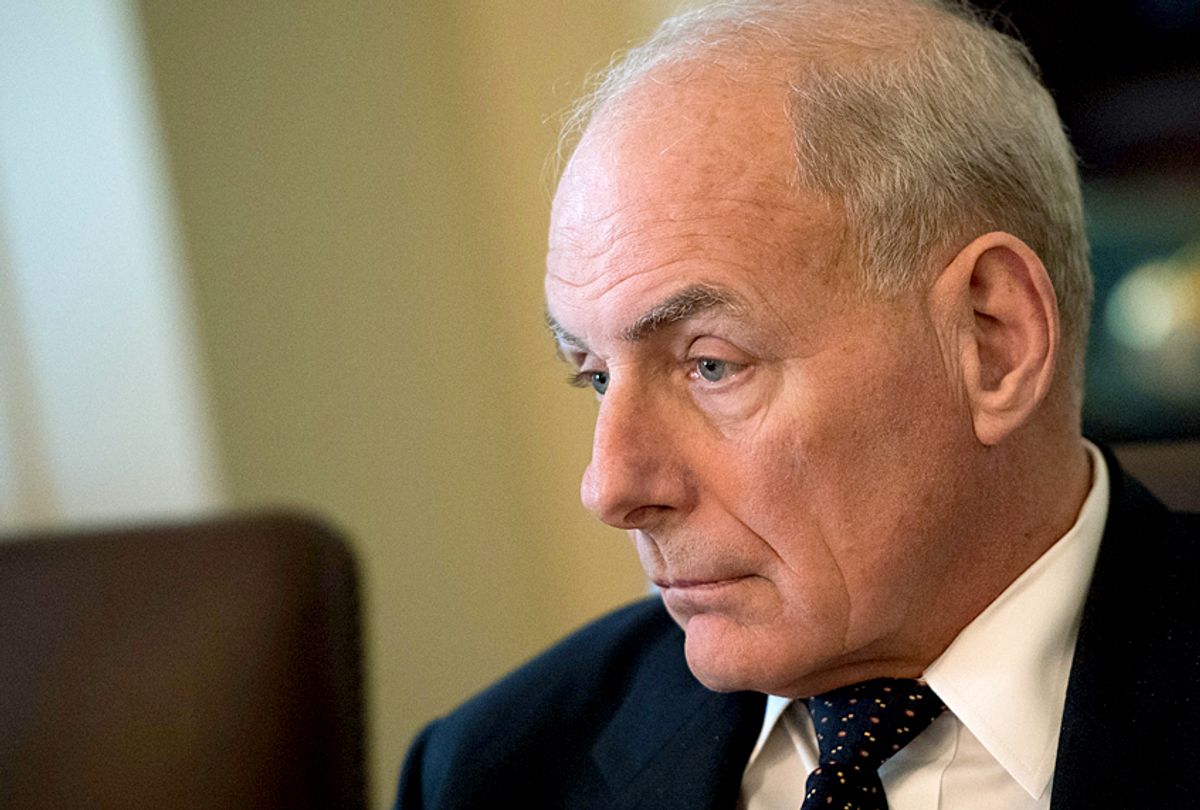 John Kelly, who is leaving his position as Chief of Staff on Wednesday, opened up about his 18 months in the White House in an extensive interview with the Los Angeles Times, published on Sunday, providing more insight into his time with the Trump administration. When asked about the "zero tolerance" immigration policy, that led officials to separating children from their parents at the U.S.-Mexico border, Kelly cast blame on former Attorney General Jeff Sessions.

“What happened was Jeff Sessions, he was the one that instituted the zero-tolerance process on the border that resulted in both people being detained and the family separation,” Kelly told the Los Angeles Times. “He surprised us.”

Without specifying, Kelly criticized the administration for failing to foresee public scrutiny over the policy, in addition to the public outcry that followed Trump’s travel ban. Shortly after Kelly took office, Trump issued an executive order suspending the entire U.S. refugee program for 120 days. This ordered prevented entry for refugees from seven Muslim-majority countries.  At the time, reports claimed Kelly did not have a chance to look at the executive order before being signed by Trump. According to the Los Angeles Times, Kelly gave “a full-throated defense.”

“I had very little opportunity to look at them,” he acknowledged. “Obviously, it brought down a greater deal of thunder on the president.”

Kelly added that his previous experiences have given him a difference perspective on immigration.

“Illegal immigrants, overwhelmingly, are not bad people,” Kelly said. “I have nothing but compassion for them, the young kids.”

“One of the reasons why it’s so difficult to keep people from coming — obviously it’d be preferable for them to stay in their own homeland but it’s difficult to do sometimes, where they live — is a crazy, oftentimes conflicting series of loopholes in the law in the United States that makes it extremely hard to turn people around and send them home,” Kelly added.

When asked about Trump making decisions based on gut instinct, Kelly said he did his best to make sure Trump was fully informed.

“It’s never been: The president just wants to make a decision based on no knowledge and ignorance,” Kelly said. “You may not like his decision, but at least he was fully informed on the impact.”

He alluded that his impending departure could be a consequence of the job itself. He said he spends 15-hour days with a president who is often dealing with a crisis. He described it to the Los Angeles Times as a “bone-crushing hard job, but you do it,” adding he woke up at 4 a.m., came home at 9 p.m., then went into a secure area to review classified reports.

“I’m guarded by the Secret Service. I can’t even go get a beer,” he said.

Kelly, a retired Marine Corps general, joined the administration in July 2017. He replaced Trump's first chief of staff, former Republican Party chair Reince Priebus. His relationship with the president has been rocky for much of his tenure. In early December, Trump announced to reporters  Kelly would leave "toward the end of the year," to which he called Kelly "a great guy.”  On Dec. 14, Trump named Mick Mulvaney, his budget director, acting chief of staff.