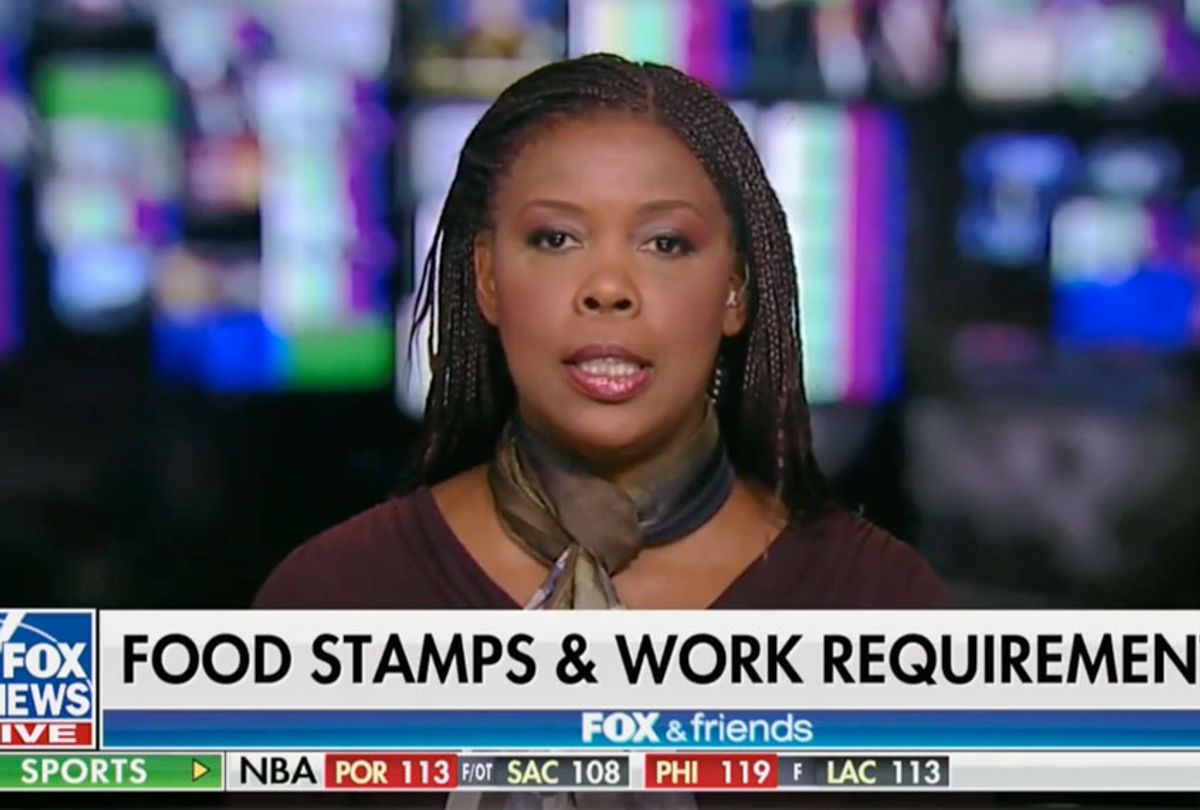 Star Parker, a conservative columnist who appeared on "Fox & Friends" on Wednesday, smeared food stamp recipients as layabouts who watch pornography and argued that they deserve to be publicly shamed.

"Remember now, what happened with the SNAP program, if you go back, even to the Bush Administration, prior to President Bush, there were like, food stamps," Star Parker, the founder of the Center for Urban Renewal and Education, told "Fox & Friends" on Wednesday, according to a clip posted by Media Matters. "So they had this stigma about them, so people wouldn't want to be on even if they qualify. But now it's like an EBT swipe card, it's a debit card. So they take the shame out of it. The next thing you know you have an economic crash. And so during the time of Obama there were many, many more Americans — remember, most of our safety net programs are for — for you to get back on your feet."

After co-host Steve Doocy asked her whether this meant the program was meant to be short term, Parker confirmed this before reiterating that "so what the Trump Administration is saying is, come on guys, the economy’s doing good. Why are you still sitting around?"

Parker's analysis of the food stamp situation is a tad simplistic. For one thing, although the improving economy has contributed to the decline in the number of food stamp recipients, states have also been reinstating work requirements that some critics feel are unrealistic and unfair but which also contributed to the decline in recipients, according to Newsweek. Trump's Department of Agriculture is proposing to make it even harder for people to receive food stamps by prohibiting states from waiving one requirement — namely, that adults without dependents must work or participate in a job-training program for at least 20 hours each week to receive food stamps for more than three months out of every three years — unless those adults live in areas where unemployment is higher than 7 percent.