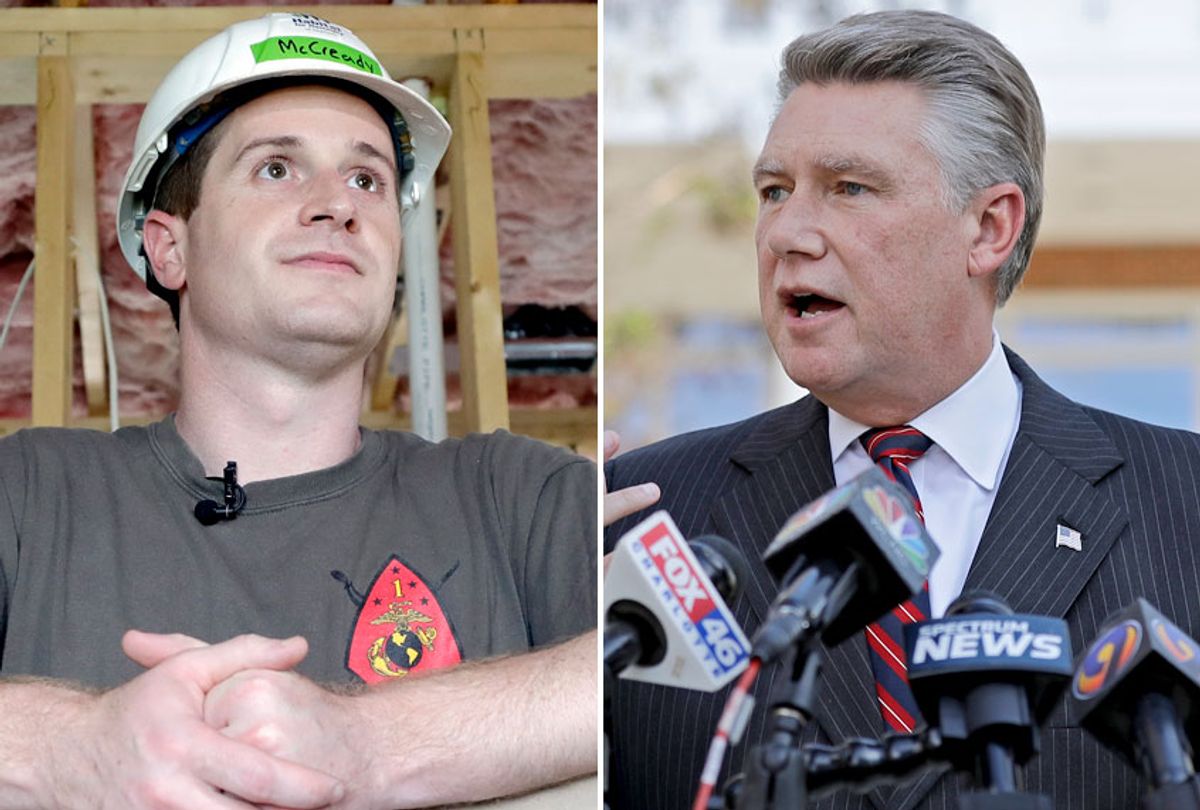 The North Carolina Republican Party torpedoed a scheduled hearing on possible election fraud in the state’s 9th congressional district and will try to take their case to court instead.

In the November election, Republican Mark Harris defeated Democrat Dan McCready by 905 votes, after previously beating incumbent Rep. Robert Pittenger in the GOP primary. But the state’s election board refused to certify the results over numerous apparent irregularities. Investigators have since received numerous sworn statements that people working for disgraced Republican operative Leslie McCrae Dowless illegally collected absentee ballots from voters in two rural counties in the district. Some of the ballots may have been destroyed by Dowless operatives, who were paid by the Harris campaign through a consulting firm called Red Dome.

The state’s Board of Elections was created by the Republican-controlled legislature in a bid to strip power from Democratic Gov. Roy Cooper. A state court ordered the board dissolved last week but Cooper said he would appoint a temporary board of three Democrats and two Republicans to serve until Jan. 31 in order to complete the investigation.

On Wednesday, the North Carolina Republican Party announced it would not nominate any members to the board, claiming it is illegitimate.

"The North Carolina Republican Party takes their obligations under the law and state constitution seriously. Our unwillingness to participate in the creation of an unlawful 'interim' State Board of Elections results from a desire to ensure that any future investigation surrounding the 9th Congressional District election is open, fair and transparent, and not tainted by actions taken by an illegal board," state party Chairman Robin Hayes said in a statement, as reported by WSOC. "This unlawful suggestion by the governor only serves to further erode public confidence in our election system. Gov. Cooper earns no gold stars for being embarrassed into following the letter of the law."

Under a bill passed by the Republican-controlled General Assembly, a new permanent elections board cannot be seated until Jan. 31.

Because Republicans refused to submit any nominations, Cooper announced that the evidentiary hearing on the potential fraud that was scheduled for Jan. 11 cannot go forward and accused Republicans of obstruction.

“All North Carolinians deserve to have confidence in a system of voting that ensures honest and fair elections,” Cooper said, according to WSOC. “If politicians and the people they hire are manipulating the system to steal elections, all of us should pull together to get to the bottom of it and stop it — regardless of whether the candidate who finished ahead in a tainted election is a Republican or a Democrat.”

Cooper said that while he could seat only Democrats on the board, he would not do so in order to “ensure that the Board remains fair and bipartisan and to make sure all North Carolinians have confidence in its decisions,” the Charlotte Observer reported.

The North Carolina Board of Elections said it will continue to interview witnesses but cannot hold a hearing because only seated board members can hold hearings, certify elections or order a new election.

“State Board staff will continue to interview witnesses and pursue leads as part of this investigation,” said Kim Westbrook Strach, executive director of the NCSBE. “This agency remains steadfast in its obligation to ensure confidence in the elections process.”

“If we don’t do something the people of the 9th congressional district will go on without representation for a significant period of time," Harris' attorney, David Freedman, told WBTV.

Harris is also scheduled to meet with the elections board on Thursday.

No one was seated from the district when the new House of Representatives was sworn in Thursday. House Democrats have vowed not to seat Harris unless the elections board certifies the results.

“If North Carolina doesn’t certify the election, the member’s not seated, there’s nothing for our committee to do,” California Rep. Zoe Lofgren, the new chairwoman of the Committee on House Administration, told McClatchy.“North Carolina will figure it out. We don’t have the authority to order an election or anything like that. The only decision the House can make is whether or not to seat someone.”