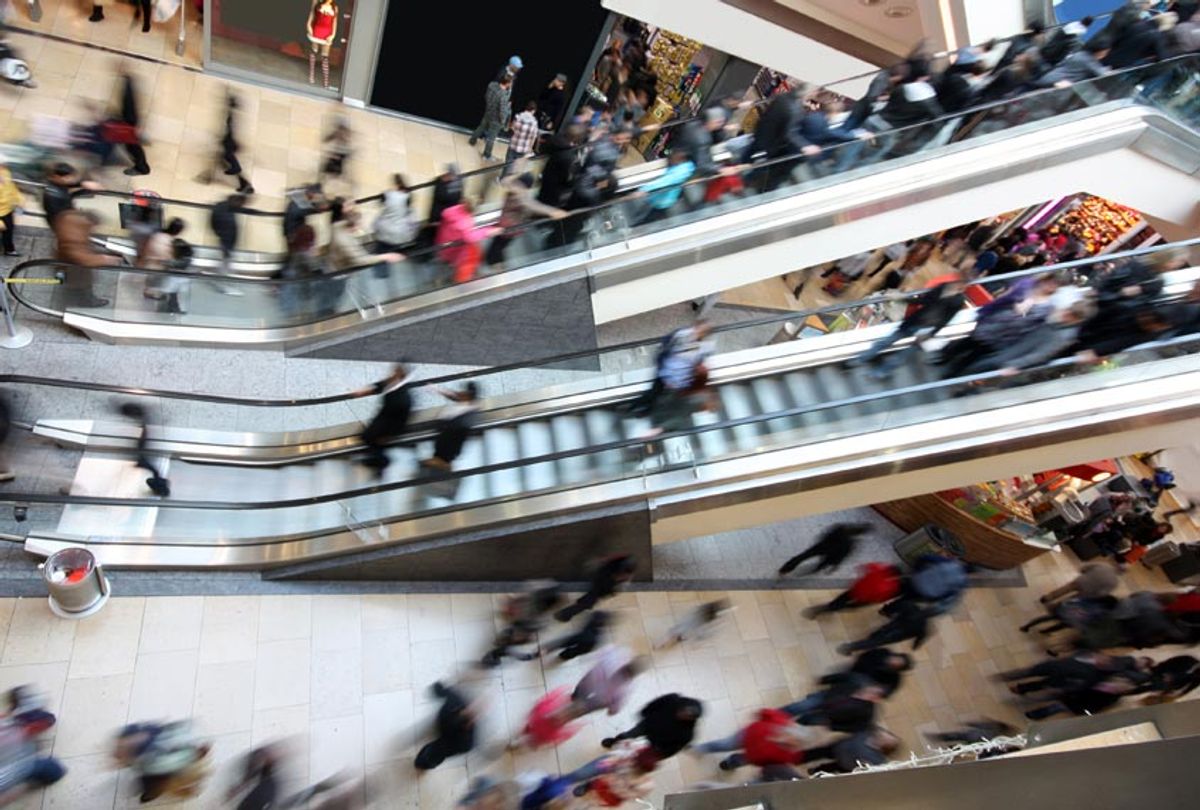 On the train into work the other day a billboard for a department store proclaimed “EVERY DAY IS BLACK FRIDAY” caught my eye.

While that term has come to mean in our consumer age that no-holds barred, post-Thanksgiving shopping Friday, it actually was first coined to describe the crash of the U.S. gold market on Sept. 24, 1869. That’s when two of the original vulture capitalists, Jay Gould and Jim Fisk, tried to gobble up all of the country’s gold, in hopes of driving up the price for the shiny commodity through the roof in hopes they would reap obscene profits.

What it did was collapse the markets and sew financial ruin for a nation, already deep in debt and still recovering from the Civil War.

All these years later, rest assured we have the 21st century versions of Gould and Fisk busy scheming the next boom and bust cycle. They did so well off of the Great Recession.

Indications we are on the precipice of yet another one of these market downturns that our economic system apparently is fueled by. There’s always mass suffering and dislocation and a small group that prospers, makes a killing.

Last Friday, The New York Times warned of an “ominous event”   in the government bond market when the yield investors could get for investing in long-term five-year Treasury notes fell below  what they could get from just a three-month Treasury.

Normally, in a more stable period, like when there’s not a lunatic in the Oval Office and the Federal government is not in a prolonged shutdown, the folks that need to make money with money are given a financial incentive to park their money over the longer term in government bonds. When short term notes are king it means the market has decided now is as good as its going to get and that things look bleak for earning for the broader market down the road.

The front page New York Times Jan.4 story headlined “Companies Hint That Investors Are Right to Fret About Growth”  laid out the contours of this Treasury bond market inversion known as an "inverted yield curve," and the volatile global stock markets that prompted it.

While there are any number of reasons for investors to be wary of the future, including the growing mountain of global debt, run-away militarism, creeping totalitarianism, and climate catastrophe,  they were myopically focused on the disclosure by Apple’s CEO Timothy Cook that the darling of Wall Street was going to have to lower their sales forecast for the first time in 16 years.

Evidently, even for multi-national masters of the universe like Apple, the one-two punch of a slow down in the Chinese economy and an ongoing trade war between that country and the U.S.,  proved problematic. Trump won an election by telling rustbelt Americans he could restore the halcyon days of U.S. economic global hegemony  by beating up on China  but as it turned out the world was already too interconnected. Foreign sales in places like China make up 45 percent of the revenues for the S&P 500, the American stock market index for the most valuable publicly traded companies.

Apple was punished for its disclosure as the company’s stock price plummeting by ten percent and the its market value dropping from $1.1 trillion to $675 billion. It recovered a little bit on Friday as the broader stock market surged back upward, in reaction to a solid jobs report for December. The so-called smart money seemed immune to Trump babbling on about how the government shutdown over his Mexican wall could go on for “months or even years.”

Invariably the thing that gets the attention of markets and those that seek to rule them, is interest rates and profit growth forecasts. The seas could swallow island nations whole, but the burning questions for these folks is what is the price of money today,  tomorrow,  next year, ad infinitum.

Back in the fall a sell-off in the bond market  was sparked by the growing realization among investors that there was likely to be an economic slowdown as a consequence of the Federal Reserve raising interest rates after almost a decade of keeping them artificially low to ease the U.S. out of the Great Recession. This so called “quantitative easing” is when a central bank, like the Federal Reserve, buys government securities to keep interest rates artificially low, while increasing the money supply and in the process floods financial institutions with liquidity to spark increased lending.

Ever since we have been treated to these dynamic swings in the stock market as investors try to sort out which narrative they want to follow. One week the business press credits Trump with creating a pro-business climate and the next he’s a bull in a china shop undermining the post World War II architecture that helped spawn profitable corporate behemoths with often more at stake overseas then here at home.

For the two years Trump has been in office Wall Street has been perfectly happy benefiting from his slash and burn approach to environmental regulation, roasting marshmallows  on the California wildfires. With a posse like Steve Mnuchin and Wilbur Ross riding shotgun for Trump, vulture capitalists were confident their ilk would rule the beltway roost and keep any nascent progressive revolt in check  that could brew with the newly elected Congress.

They gorged themselves on every bit of the Trump GOP $1.5 trillion dollar corporate tax cut with record CEO pay and billions of dollars in phony baloney stock buybacks that in the short term  goosed stock prices ever upward churning profits instead of investing in their physical plant or workforce, buttressing a longer term sustainability.

But all the current capitalist market rewards is the accumulation of money for the purpose of making more money, irrespective of the collateral damage that’s done to people or the planet in the process. So, no matter how crazy Trump behaves, as long as  Jerome Powell, Chairman of the Federal Reserve, whispers in the ear of markets that he is not on a fixed path of raising interest rates and their confidence in the future is restored.

But what if after all these years since the original Black Friday, writers like Naomi Klein  are right to suggest this free market capitalist system, upon which we have organized our entire civilization, actually puts our planet’s very survival at risk?

How can we continue to satisfy the markets's insatiable greed for profits if it means destroying the essential resources that sustain life like air and water that science tells us are finite?

Perhaps its time to sunset the dystopian Black Friday roller coaster and set our sights on a new post-growth economic prosperity model.