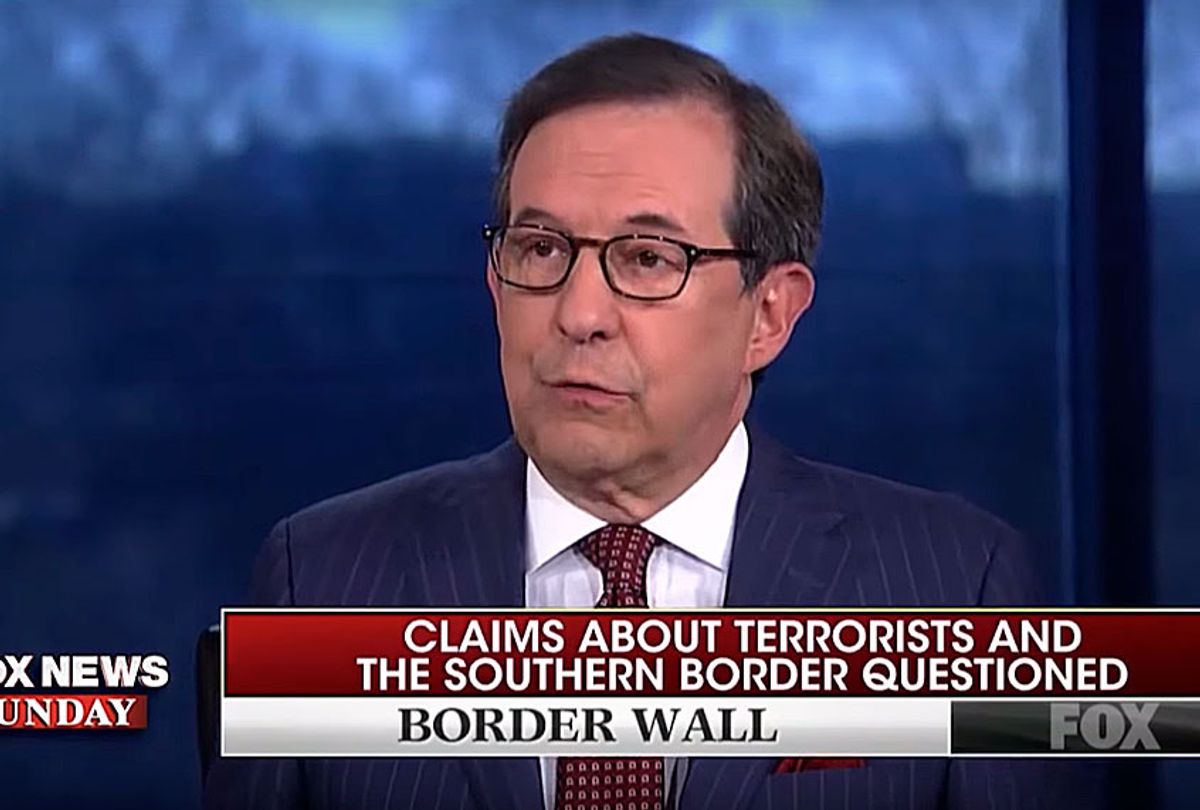 President Donald Trump's press secretary, Sarah Huckabee Sanders, found herself in the hot seat on Sunday when Fox News' Chris Wallace confronted her over misstatements she was making about the threat of terrorism posed to Americans by undocumented immigrants at the southern border.

After playing a clip in which Secretary of Homeland Security Kirstjen Nielsen claimed that thousands of so-called "special interest aliens" had been stopped at the border between the United States and Mexico, Wallace on "Fox News Sunday" pointed out that Nielsen's assertion did not justify the building of a border wall in quite the way that her speech seemed to imply.

"But special interest aliens are just people who have come from countries that have ever produced a terrorist, they’re not terrorists themselves, and the State Department says that there is quote, their words, 'no credible evidence of any terrorist coming across the border from Mexico,'" Wallace told Sanders.

Sanders protested this without exactly disputing it, claiming that "we know that roughly, nearly 4,000 known or suspected terrorists come into our country illegally. And we know that our most vulnerable point of entry is at our southern border."

"Wait, I know this statistic," Wallace replied. "I didn't know if you were going to use it, but I studied up on this. Do you know where those 4,000 people come, where they're captured? Airports! Airports! The State Department says there hasn't been any terrorists that they found coming across the southern border from Mexico."

Sanders, unable to dispute that Wallace was correct, attempted to spin the story.

"I’m not disagreeing with you that they’re coming through airports," Sanders replied. "I’m saying that they come by air by land and by sea, and the more and more that our border becomes vulnerable and the less and less that we spend time and money protecting it the more that we’re going to have an influx, not just of terrorists, but of human traffickers and drug inflow."

Despite correcting Sanders about her mistake, Wallace did get famously caught in an immigration-related statistical error of his own. During an appearance on "The Late Show with Stephen Colbert" in November, Wallace denounced the so-called "catch and release" program by saying, "They are put out into the country, we don’t have enough places to put them, so we do have a catch-and-release program, and about 10 percent of the people that are caught and released return for their hearings. And only about 10 percent get legitimate asylum."

Colbert responded by saying, "Those aren’t the facts I’ve seen. We’ve got a long interview. By the time this is over we’ll know whether you’re right, okay? If a majority show up for their hearing, how wrong would you be?"

A researcher later produced a PolitiFact article which proved that 60 percent to 70 percent of non-detained immigrants attended immigration-court proceedings, prompting Wallace to acknowledge his mistake.