Whoopi Goldberg rips Ocasio-Cortez: "Before you start pooping on people ... you got to do something"

"I would encourage you to sit still for a minute and learn the job," Goldberg advises the Democrat on "The View" 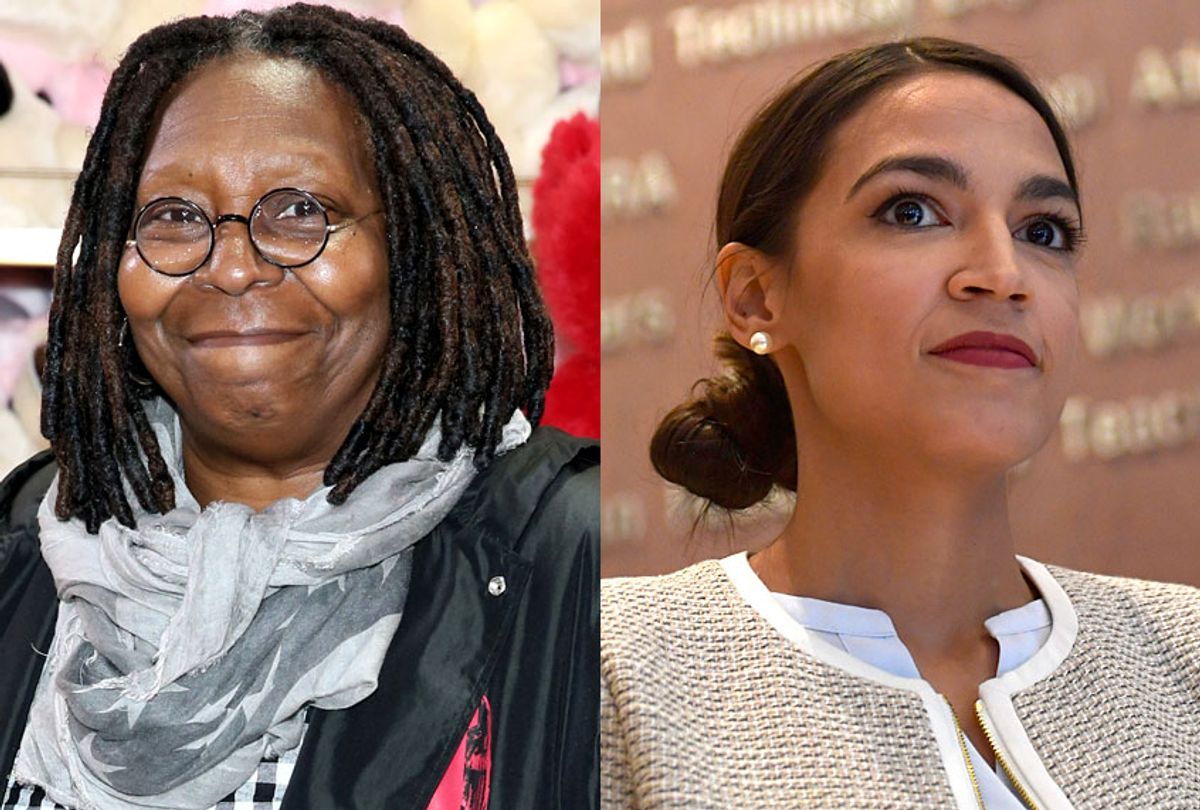 Whoopi Goldberg, the moderator of "The View," criticized newly sworn-in Rep. Alexandria Ocasio-Cortez (D-N.Y.) on Monday for comments the New York Democrat made in a wide-ranging interview with "60 Minutes" that aired Sunday.

"It's absolutely risky," Ocasio-Cortez replied. "It requires risk to try something new, but also we know so much of what we've tried in the past hasn't worked, either." This comment was interpreted by many political commentators and observers, including Goldberg, as a jab at rank-and-file members of the Democratic Party.

"So, you just got in there, and I know you got lots of good ideas. But I would encourage you to sit still for a minute, and learn the job," she continued, "Because there are people in that party who have been working their tails off for this country, and they know a lot. And you could learn some stuff from them."

"You don't have to be born into it. You don’t have to know it when you step out, but before you start pooping on people and what they've done, you got to do something, too," Goldberg said to applause. "You can't poop on what was when you're coming in on the shoulders of quite a few giants."

In her "60 Minutes" interview, Ocasio-Cortez also said there was "no question" that President Donald Trump is a racist and apologized to Donald Trump Jr., the president's eldest son, over the barbs they traded on social media in December.

The freshman congresswoman also discussed her ambitious plan to combat the threat of climate change, known as the "Green New Deal." She said the plan, which aims to eliminate carbon emissions within 12 years, is "going to require a lot of rapid change that we don't even conceive as possible right now."