Lady Gaga finally speaks out as "Surviving R. Kelly" continues to have impact

One of R. Kelly's famous collaborators finally speaks out, and criminal investigations are underway 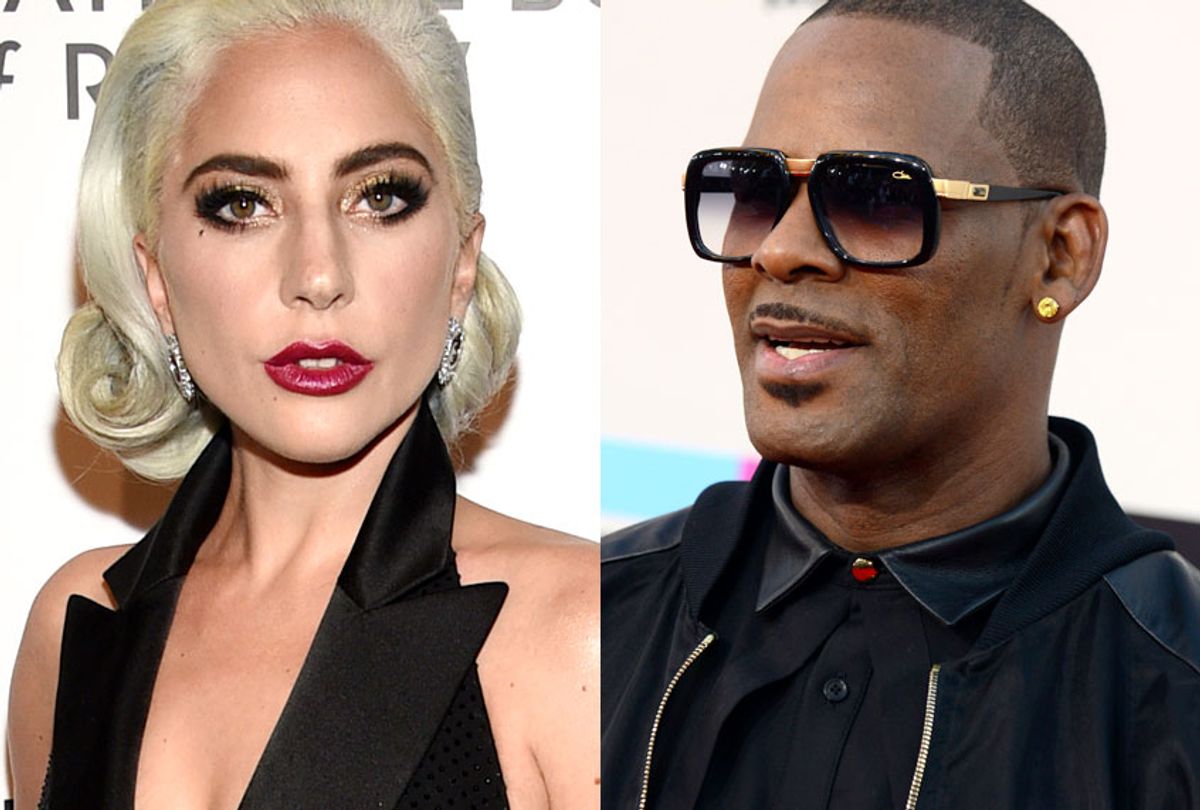 Since the "Surviving R. Kelly" Lifetime docuseries aired over the weekend, the breadth of the sexual assault allegations against the R&B singer has made serious waves. For many, especially black woman organizers who have been speaking about and against Kelly for years, there were no new revelations from the six-hour documentary executive produced by dream hampton, but it provided an important space for his alleged victims to speak uninterrupted and in full. But for others, including musicians, fans and even law enforcement, "Surviving R. Kelly" is a harrowing revelation of decades of abuse allegations that can no longer be ignored. As a result, a number of significant updates signal for the first time that a real social exile and career end for Kelly may be in sight, as well as possible criminal charges. (Kelly continues to deny all allegations of sexual misconduct.)

Prosecutors in Atlanta and Chicago are looking into accusations against Kelly stemming from the Lifetime series and have called on any alleged victims and witnesses to come forward with information. "Please come forward," Kimberly Foxx, the state’s attorney for Cook County, Ill., said at a news conference in Chicago earlier this week. "There’s nothing that can be done to investigate these allegations without the cooperation of both victims and witnesses. We cannot seek justice without you."

According to CBS Chicago, a representative for the Cook County State’s Attorney confirmed that they have received calls and tips and that officials are "in the process of reviewing and following up."

Meanwhile, in Georgia, Gerald Griggs, an attorney for the family of Joycelyn Savage, a women currently estranged from her family and reportedly living with Kelly, said that the Fulton County District Attorney contacted the Savages shortly after "Surviving R. Kelly" aired. In the documentary and prior, the Savages have claimed that their daughter, Joycelyn, is having a sexual relationship with Kelly as part of his alleged sex cult, which was first reported by BuzzFeed in 2017.

Last year, Joycelyn denied being held against her will in a video, but would not say where she was living or if other girls lived with her and the singer. The Savages say they haven't seen or spoken to Joycelyn in about two years.

CNN reported that an arrest warrant was issued last summer for James Mason, Kelly's former manager, who has been accused of threatening to kill Joycelyn Savage's father for continuing to speak out about Kelly's alleged abuse. According to an incident report obtained by CNN, Timothy Savage claims Mason said to him: "I'm gonna do harm to you and your family, when I see you I'm gonna get you, I'm going to f***ing kill you."

Wednesday night, protestors marched outside Kelly's studio in Chicago, chanting "Save Our Girls!" and "Mute R. Kelly," as well as yelling out the names of Kelly's alleged victims who are reportedly still living with the singer. "His time is up," activist Darletta Scruggs of WGCI Radio told media at the demonstration. "He is going to be held accountable, that there is a new generation of people who are not afraid to speak up. That we're no longer sweeping our dark secrets under the rug."

Chicago police also visited this same studio on Wednesday for what it said was a "business check," according to CBS, and are investigating the location after reports that a party was held there Tuesday night for Kelly's birthday. The Chicago studio was a central location in "Surviving R. Kelly," as the parents of Azriel Clary, who they say is living with Kelly, traveled to the studio in the documentary in an attempt to find their daughter.

Yet, despite all of the legal movement, "on-demand streams of Kelly's music rose by 116 percent in the U.S., according to Nielsen Music," Billboard reported, in comparison to his streams in the days before "Surviving R. Kelly" began. Since the documentary connects much of Kelly's music to instances of alleged abuse, it's likely that some of these streams are attributed to people revisiting his music to remember the ways in which he sings about sex and consent. But it can't account for all 14.3 million streams accrued during the documentary and in the day following.

The fact that Kelly is still generating significant engagement underscores the need for artists and music industry executives to publicly denounce him. Artists like Tank, Ne-Yo and 6lack have done so since "Surviving," and most recently and significantly, so has sexual assault survivor, #MeToo advocate and singer/actress Lady Gaga. She collaborated with Kelly in 2013 for the disturbingly-titled duet "Do What U Want (With My Body)."

Pressure had been mounting for Gaga to speak up, and in the lead-up to "Surviving R. Kelly," filmmaker dream hampton named her, among other prominent artists, who had previously worked with or supported Kelly and who had refused to participate in the documentary or to address the decades of allegations against him.

Gaga released a statement on Twitter early Thursday morning saying she believes Kelly's alleged victims. "What I am hearing about the allegations against R Kelly is absolutely horrifying and indefensible," she wrote. "I can't go back, but I can go forward and continue to support women, men and people of all sexual identities, and of all races, who are victims of sexual assault." Gaga added that she would remove the song off iTunes and other streaming platforms.

While it's important that Gaga spoke out — finally — it still doesn't explain what took her so long to do so or why she collaborated with Kelly more than a decade after he was allegedly seen on tape sexually assaulting and abusing a 14-year-old girl (for which he was eventually acquitted, despite family members of the underage girl testifying to her identity and age) and nearly 20 years after he illegally married 15-year-old Aaliyah, despite being 12 years her senior at the time. And even if Gaga claims she didn't know any of this back in 2013, the bombshell accusations about Kelly's alleged sex cult were reported in 2017, so it remains confusing why Gaga's apology comes two years after and leans on her age at the time of "Do What U Want" (she was 27) as a sign of her ignorance. For some perspective, many of Kelly's alleged victims are more than 10 years younger than Gaga was in 2013 when she worked with Kelly.

A theme in "Surviving R. Kelly" is that Kelly's endurance, as well as the silence and negligence from the music industry, fans, and the world, is predicated on the reality that Kelly's alleged victims were exclusively working-class black girls and young women. The final episode in the six-part series is aptly titled "Black Girls Matter."

Earlier this week, Gaga opened her acceptance speech at the National Board of Review after winning best actress for "A Star is Born" by sarcastically asking if "Judge Kavanaugh" was still on the Supreme Court and if Donald Trump was still president. Apparently she forgot to ask if R. Kelly is also still signed to RCA Records.