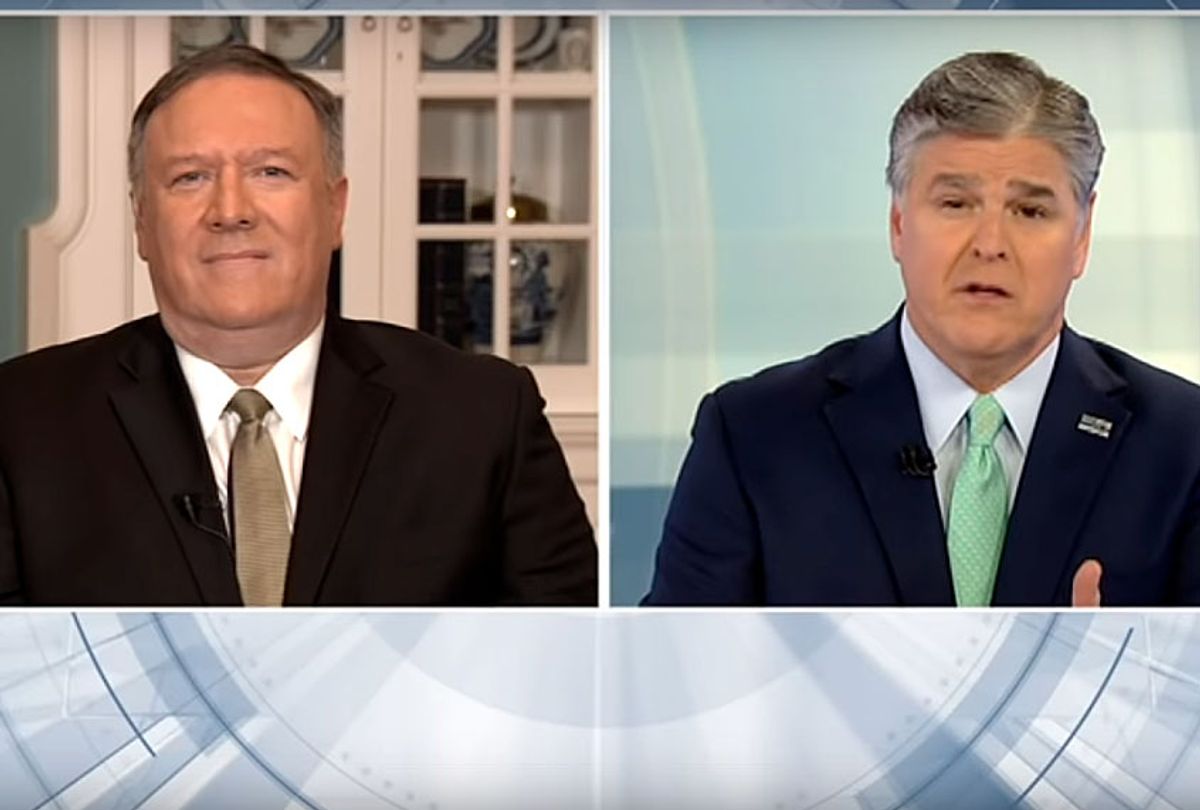 President Donald Trump and members of his administration are being called out for their incessant lies about a US-Mexico border wall — in particular, the claim that terrorists come to the United States through the southern border.

Sen. Robert Menendez, D-N.J., submitted a letter to Secretary of State Mike Pompeo this week in which he challenged Pompeo's recent statement he made on Fox News. There is a "risk that we have terrorists comes across that border," he told host Sean Hannity.

Menendez pointed to the State Department's 2017 Country Reports on Terrorism released in September, which said that "at year's end there was no credible evidence indicating that international terrorist groups have established bases in Mexico, worked with Mexican drug cartels, or sent operatives via Mexico into the United States." Menendez also pointed out that U.S. Customs and Border Protection had only apprehended six people who could be considered "known or suspected terrorists" in the first half of the 2018 fiscal year, a number equalling "less than one percent of the inflated figure used by Trump Administration officials."

Menendez concluded his letter by posing six questions to the Trump administration about whether they still stood by their September report and, if not, whether they had taken the necessary measures to update America's security.

Aaron Blake of The Washington Post took a different tack in challenging the Trump administration's claims on supposed border terrorism. He rebutted a series of tweets by Secretary of Homeland Security Kirstjen Nielsen point by point. For instance, when Nielsen tweeted that "the number of terror-watchlisted encountered at our Southern Border has increased over the last two years," Blake pointed out that "the terrorist watch list doesn’t mean these are terrorists. It means their names were similar to those of people on the list." He also pointed out that, when Nielsen tweeted that "thousands of terror-watchlisted individuals transit our hemisphere each year, and we work with law enforcement, the intel community, and allies to keep them from using illicit pathways to reach the U.S," she ignored that "the vast, vast majority of the thousands are at airports." He also noted how Nielsen claimed that American officials had encountered more than 3,000 special interest aliens at the border without noting that this is a broad category which includes anyone whose "travel patterns raise a red flag," such as being in a country which has produced terrorists in the past.

Liberals like Menendez and Blake aren't alone in protesting Trump's misstatements about terrorism and the southern border. Earlier this week, Fox News anchor Chris Wallace blasted Trump's press secretary Sarah Huckabee Sanders when she made it seem like terrorists were pouring through the border, pointing out that "wait, I know this statistic. I didn't know if you were going to use it, but I studied up on this. Do you know where those 4,000 people come, where they're captured? Airports! Airports! The State Department says there hasn't been any terrorists that they found coming across the southern border from Mexico."