"Game of Thrones" alum Michiel Huisman: "Celebrity has been a slow build for me"

Salon talks with Michiel Huisman, also of "The Haunting of Hill House," about his latest film "State Like Sleep" 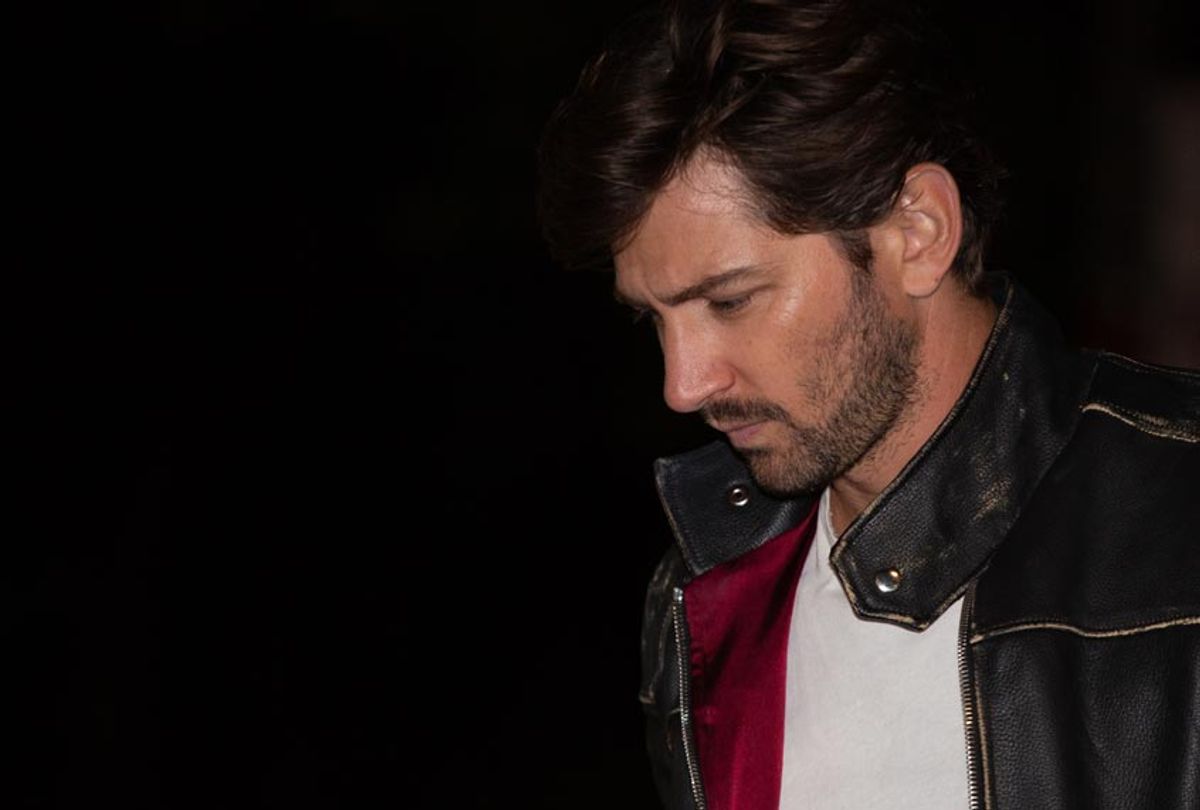 Michiel Huisman has had tremendous success in TV, playing Daario Naharis in “Game of Thrones,”  a character who very may well resurface in the upcoming final season, as he was last seen two season finales ago very much alive. He's stayed busy outside of the Seven Kingdoms, appearing in the cult shows “Orphan Black” and “Nashville” as well as his current role as Steven Crain in the Netflix hit “The Haunting of Hill House.” But the charismatic actor has also been showcased in several feature films, from the guilty pleasure “The Ottoman Lieutenant” to his current release, the glossy mystery “State Like Sleep,” now available on VOD.

In his absorbing new film, the Dutch-born Huisman plays Stefan Delvoe, a successful Belgian actor who is dead before the opening credits. He may have been murdered. Stefan was separated from his American wife, Katherine (Katherine Waterston), who returns to Brussels to investigate things and clear up his estate. Of course, Katherine’s memories of Stefan are triggered as she reunites with his mother Anneke (Julie Kahner), and meets with his best friend Emile (Luke Evans), as well as the police.

Huisman spoke with Salon about his intriguing new mystery, his ping pong skills, soul music, and what it’s like for an actor to play an actor.

Let’s get meta and riff on of some of Stefan’s answers in the interview he does in the pre-credit sequence of “State Like Sleep.” He talks about becoming someone new with each film, using stories to make sense of the world, and that the truth is random. Since you are an actor, playing an actor, what are your thoughts about acting?

Playing an actor, especially in this story, where this character is a Belgian star on the rise in the U.S., it was sort of weirdly close to me in a way — even though of course I’m not Belgian, I’m from the Netherlands, and I’m not suffering the kind of depression that Stefan was suffering.

I never knew how I felt about that and that’s why I signed on to be a part of the story.

He is totally serious about his craft and the weird thing is playing an actor in a scene where you are playing an actor pretending to be in a talk show. I’m regularly on a talk show myself, so it spun everything around for me. Who am I when I am sitting in a talk show and who is he? The film plays with the idea that Stefan held up a different face with people close to him. Because his ex is trying to figure out [his death], the audience has to determine who he is. I enjoyed that, and it was why I wanted to be part of the film.

Stefan makes the remark in the interview that bad guys are fun to play, and you can learn a lot from desperate people. Do you see Stefan as a bad guy? Desperate? How was he fun to play?

I think he is very subconsciously referring to himself there. He was a very desperate man, so it’s sort of fun to play a character who holds up a front to the outside world and later you put the pieces of the puzzle together; you understand what was going on behind the façade. At the same time, while the film unpeels like an onion, there is so much left unanswered.

Stefan is a celebrity heartthrob at a certain level in his career. “I’m finally good!” he tells his mother in the film. What are your observations about celebrity? You have a sex symbol status yet you come across as down to earth.

I guess celebrity has been a slow build for me over 10 years. I started when I was a kid back in the Netherlands, so I’ve become used to being in the public eye. It’s becoming more and more . . .  [pauses] but I’m also very aware that I am very lucky, and what is really keeping me grounded is my family — my wife and my daughter. I think I would be in a very different place if it weren’t for them.

Let’s talk about the stunt driving Stefan does in what Katherine calls an “embarrassing” sports car. He likes to drive dangerously. Is reckless your style?

[Laughs.] I am very careful. Although I do really like motorcycles, my wife doesn’t, so I try to not ride too much. That driving was really Stefan, not me. I didn’t do the stunt driving in the film — none of it. I was in a studio on a stage pulling on the wheel and acting it. Someone posted a video on Instagram saying, “I’m so happy my stunt driving for ‘State Like Sleep’” is finally on the big screen.” I responded, “Thanks for making me look good!”

There’s a scene of you boxing and training for Stefan’s action film roles. I know you play ping pong, but what can you say about your workout regimen, athleticism and action moves?

I played ping pong for two and a half hours this past week and won only one game! There’s still room to grow. No, I don’t [fight train], I take action moves as they come, but it’s important to have basic skills, like ping pong — that’s a skill you can always use! It’s that classic thing. Stefan is a serious actor who takes his craft and preparation very seriously. It was easy to relate to. If I were to play an action role and fighting is required I’d train just as hard. It’s fun stuff. I’ve gotten to the point where I’m really good at throwing a fake punch.

Emile (Luke Evans) in the film is a big fan of New Wave music. He talks about how he and Stefan listened to it. What kind of music do you like?

I listen more to '50s and '60s R&B. If I could bring one band to a desert island, it would be the Meters. They are the quintessential New Orleans band — my cup of tea.

You need to listen to Helene Smith, a '60s R&B singer from the Deep City Records, a soul label from Miami. I love her song “The Pot Won’t Talk about the Kettle!” But I digress. You’ve had success with “Game of Thrones” and now with “The Haunting of Hill House.” Given your success in television is there pressure to take projects that appeal to your fanbase, or are you drawn to changing things up and making films such as “State Like Sleep”?

Where should I start?! It’s something I’m constantly trying to combine. This past year has been very exciting because “Haunting” became a big hit. Next, I’m doing a tiny indie film, “Last Right,” because I loved the script, and it was a first-time filmmaker, like Meredith who made “State Like Sleep.” But it’s also the golden age of TV right now. It’s so nice to dive into a story and work on a movie where you get invested in it for a couple of months and then are able to move. I’m going to do a really exciting movie with another European filmmaker, but I’m waiting for that to be announced. I really enjoying to going to the movies.

Do you get self-conscious seeing yourself on screen?

Being in a movie ruins the experience for me — which is a pity when I really like the script. I would have loved watching this movie if I wasn’t in it!