Foldable phones are the future no one asked for

The reviews aren't promising and the demand is unclear. Is this really the future? 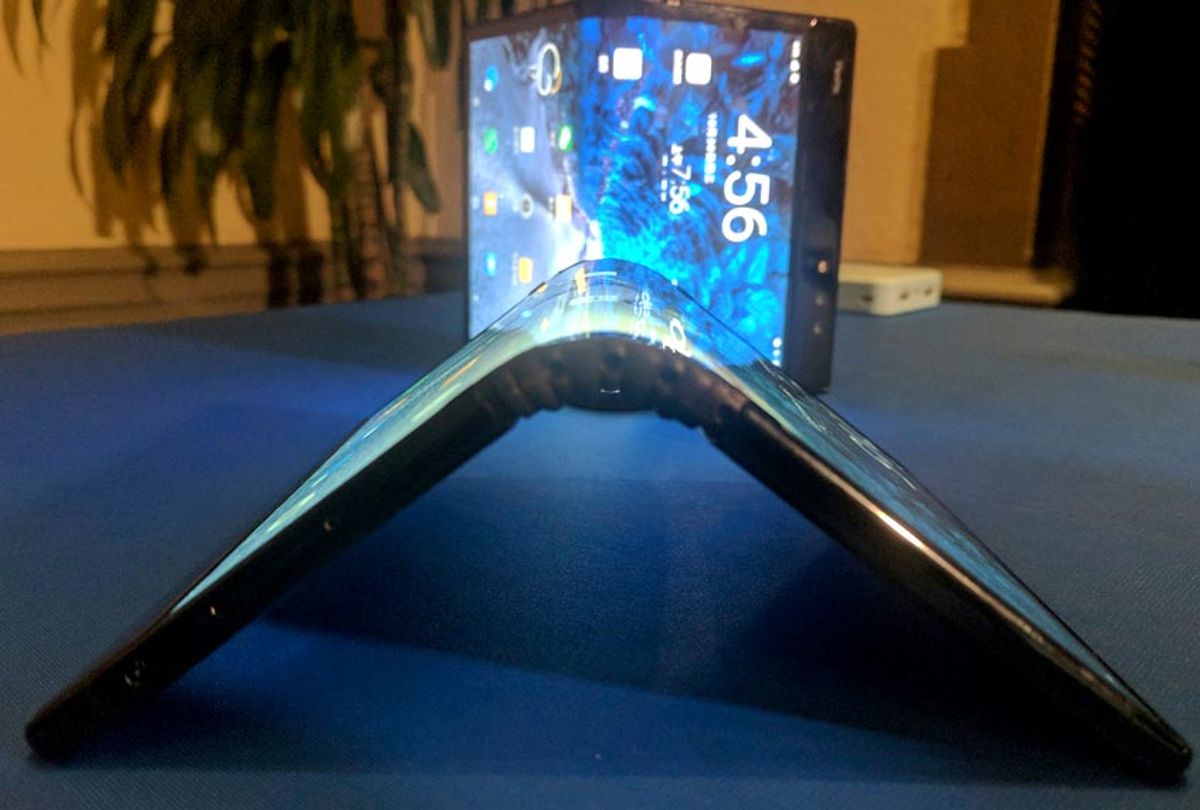 A FlexPai smartphone with a flexible screen. (AP/Michael Liedtke)
--

As the 2019 Consumer Electronics Show (CES), the tech industry’s biggest show-and-tell event, comes to a close, there seems to be a consensus from industry that so-called foldable phones are the future of handheld gadgetry. And that future is now, as some hybrid tablet-phones with foldable displays are already being manufactured and will make their way into consumers' hands as soon as spring.

Prior to CES, Samsung had teased its own flexible display phone, while little-known tech company Royole is already taking orders on their foldable phone. Known as the FlexPai, Royole says it will be shipped within the next two to three months and costs $1,318. More devices from various makers are expected to be announced at the upcoming Mobile World Congress trade show.

If you haven't heard of this bizarre technology, a foldable (sometimes also called “flexible” or “bendable”) phone is a piece of physical hardware that does physical gymnastics. Foldable phones can be opened up to enlarge the display to tablet-size, then closed again to fit in your pocket. Unlike a flip phone or a Nintendo DS — existing foldable devices — the gimmick of the foldable phone is that the screen appears completely continuous: no interrupting hinge or gap in-between the two clamshells.

Who would want such an object? I guess if you carry around both a phone and a tablet, this seems like a way of combining them — but tablets aren't very heavy, and anyways, how many people carry around both gadgets outside of the Silicon Valley tech-obsessed crowd? It seems like a solution for a nonexistent problem.

The FlexPai, which was a popular item to play with at CES 2019, can be folded from 0 to 180 degrees. “Say goodbye to broken screens,” Royole boasted of its product. “FlexPai will completely change your perception of a traditional mobile phone and the need to own multiple mobile devices.“

Yet so far, tech journalists' reviews are decidedly mixed. According to Gizmodo writer Sam Rutherford, it is “an exciting piece of junk.”

“When it’s closed, the Flexpai is thick as hell,” Rutherford writes. “It reminds me of the gap you get on a Surface Book, except somehow it seems like the Flexpai has proportionally even more wasted space behind the hinge.”

Apparently multiple bending sessions can also quite literally create a dent in the thing.

“Its screen often has a bump or a slight ripple in it, a likely side effect of multiple bending sessions,” he added. “Meanwhile, actually closing and opening its display is a constant struggle. And on a couple occasions, just bending that display caused the Flexpai to randomly turn off.”

The Verge’s writer Vlad Savov wrote he was amused “by how dysfunctional most of its software was.”

“Any time you rotate the device or fold / unfold it, it gets deeply confused and freaked out,” Savov writes. “I saw apps stacking on top of each other and overlapping with widgets as the tablet was transitioning into phone mode.”

CNET writer Roger Cheng also reported software issues with it, but gave it the benefit of the doubt:  “I tapped the screen, and nothing happened. When it finally did, another widget popped over the main menu. I folded out the display, and waited for the screen to reorient itself. And waited. Tap, tap, tap. Nothing, nothing, nothing. It was definitely not ready for prime time.”

“To be fair, the phone I tried out wasn't a commercial-ready unit yet, and the Royole engineer who showed me the phone said updates were coming daily,” Cheng writes.

Another writer at CNET, Sean Buckley, said it was “glorious” to bend a phone, but that was as exciting as it got.

“All told, the world's first flexible phone is a very mixed experience,” Buckley wrote. “There's a cathartic joy in being able to bend the device any which way, but it feels like an incomplete experience. It's not a prototype, but it doesn't feel like a device that's fully ready for market, either.”

That raises a question: Will foldable devices be the new normal in a decade? Or are they an absurd idea that has turned into a tech version of a space race? Until mass production, you'll have to lug around a backpack with both your tablet and phone, if you're one of the few people who does that for some reason.