Like the leads that came before, Mahershala Ali soars. Like the seasons before this, the story leaves us wanting 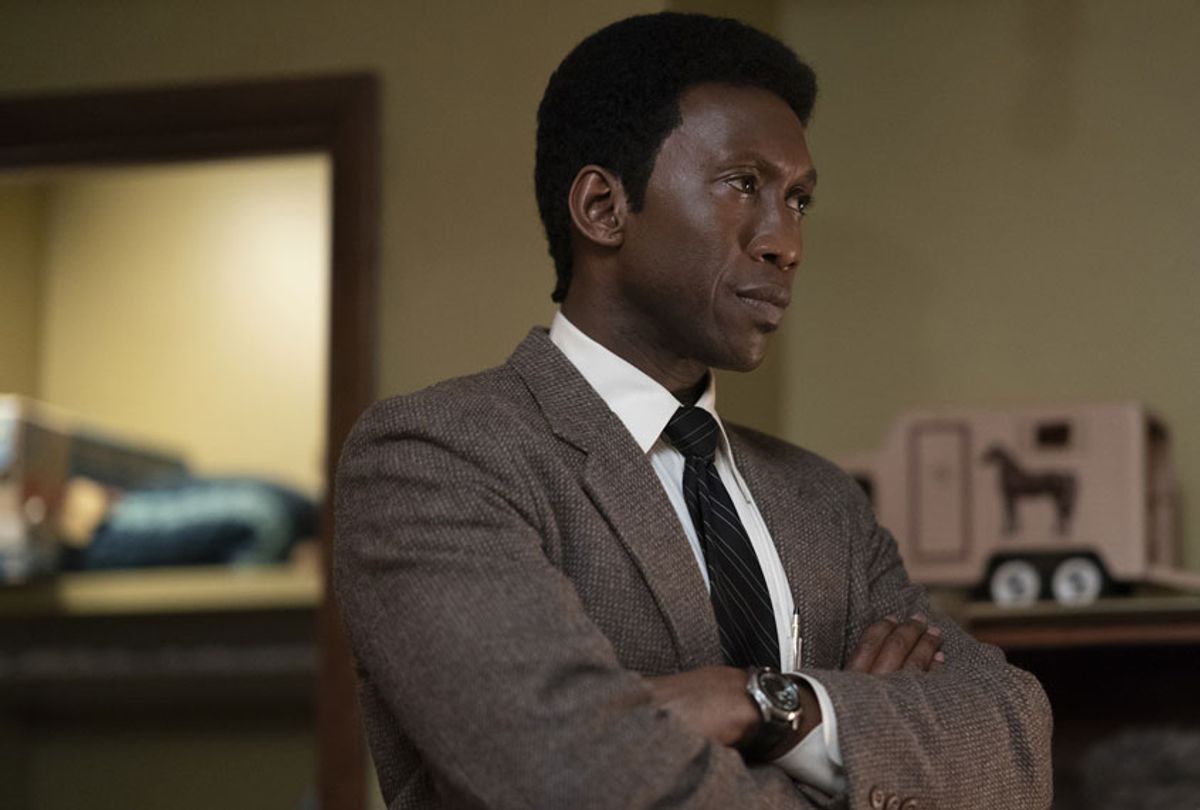 “True Detective” creator Nic Pizzolatto understands that every homicide case, even ones sweat-slick with gothic humidity, is a jigsaw puzzle. The faces of the heroes and victims change; this time Mahershala Ali takes up the crusader's mantle. But the shapes and pieces that make up the mystery are familiar enough for a person to guess how one snaps into the other. In that respect, there are shades of consistency.

The trick is to keep people from noticing that same die cut is being used on different pictures, making it possible to combine two purportedly dissimilar puzzles into an image that makes sense only somewhat. Every piece joins seamlessly, and end product could be thought of as a strange beauty. Yet one can’t escape the sense that the result in which they invested isn’t quite right.

This is how the long-delayed third season of HBO’s artistic drama feels at times.

Yet again “True Detective,” returning Sunday at 9 p.m. after a drawn-out hiatus, capitalizes heavily on atmosphere, artistry and the celebrity aura of its star players, at times focusing more emphatically on this garb than the integrity of its narrative skeleton.

Season 1 coincided with the so-called “McConaissance”: In 2014,  Matthew McConaughey scored his Best Actor Oscar for “Dallas Buyers Club;” he followed that with Emmy and Golden Globe nods for his portrayal of weird, misunderstood detective Rust Cohle opposite Woody Harrelson’s Marty Hart, a fellow cop with anger issues and a failing marriage. McConaughey and Harrelson’s chemistry held us rapt, helped in no small measure by Cary Joji Fukunaga’s intoxicating cinematography. Fukunaga's absence is palpable this season, by the way; you never realize how much a director's singular vision sculpts and polishes a series until you don't have him.

Only when the central whodunit failed to pay off did we notice that just maybe, we’d been hypnotized by McConaughey’s liquefied delivery of such pseudo-philosophical blather as “time is a flat circle” to a degree that we failed to notice or substantially care that the story left us dangling.

The second season buddied up Vince Vaughn with Colin Farrell, worth mentioning solely to be completist. It was a sprawling mess that lost the thread a few episodes in. The less we're reminded of it, the better.

Thus a person can’t blame Pizzolatto, a writer with an ear for florid language and a soft spot for tortured machismo, for returning to the part that sort of worked and course correcting from that point. Echoes of season 1 ring throughout three, and the mystery itself has a whiff of hoodoo ghoulishness that evokes past scenes.

Fortunately Ali, another Oscar-winning actor who just won a Golden Globe and is expected to score a second nomination this year, and who may as well walk on water as far as his fans are concerned, powers this season with intensity. Honestly, even people who can’t stand “Green Book” qualify their disdain by conceding that as hideously flawed as the script and plot may be, Ali does a stellar job.

The same can be said of his presence throughout the five "True Detective" episodes HBO made available to critics, in which he plays Arkansas state cop Wayne Hays, seen in three different decades and times of life, haunted by the same child murder case in each era. Hays’ 1980 incarnation is a man still haunted by his service in Vietnam, a nightmare recent enough for those who knew him to refer to him as “Purple Hays.”

This is the year in which Hays and his partner Roland West (Stephen Dorff) pick up a case involving the disappearance of a brother and sister, William and Julie Purcell, seen for the last time riding their bikes into the sunset. Hays’ and Roland’s partnership, like that of Cohle and Hart, is not a friendly one but rather a pairing of war buddies, born out of necessity to survive rather than deep interrelationship.

At least West respects Hays. This being Arkansas in 1980, and the Deep South in general, the duo is tasked to push through obstacles related to racial prejudice on top of the usual resistance to law enforcement, which adds some complexity to the story but not enough to swallow other tensions pricking at the two.

The 1990 version of Hays — sporting a much closer haircut, enabling viewers to tell the difference — is more hardened and in need of a career comeback after a life-altering debacle. His marriage to a school teacher and published author, Amelia (Carmen Ejogo), is on the rocks, which doesn’t help his work situation. (Happy marriages are not part of the Pizzolatto playbook; go figure.)

From there the story makes a quarter-of-a-century leap to 2015, when Hays is a retired man sliding into dementia. A TV documentary producer doing a story about the case pays Wayne a visit and shakes loose memories nearly lost to the fog, much to the ire of his adult son who resents any resurrection of  agonizing chapters that still torment his father.

Hays feels differently, however. Allowing memory loss to remove that pain is not a grace but a horror. That the case was left unsolved is more a reminder of business left unfinished — it’s a mark of an incomplete identity.  As the documentarian reminds him of the case’s details and presents him with files, recollections yank Hays back and forth through the decades, sharpening his desperation to reconstruct the ragged patchwork of his life.

Through it all he struggles to figure out how he got from one place to another — whether from the safety of his living room outside into an intersection, or from a promising starting point as a cop to an emotional wreck of a man who can’t remember what the love of his life looks like.

Laced throughout these new “True Detective” episodes are replays of first season details, down to the creepy sculptures left by crime scenes; this time it’s corn husk dolls instead of sticks held together with mud and hair and who knows what else.

The plot’s framework may be a retread, but those who kept the faith through the three-and-a-half year gap between the disastrous season 2 and this new story may be heartened by its intentional recall to the McConaughey-Harrelson chapter. If this is Pizzolatto asking for a do-over, Ali’s smolder lends the writer enough currency to buy at least a few hours of patience.

But from there it’s hard to definitively characterize this season as more of a success that the season it resembles most.

Mind you, one lesson Pizzolatto seems to have learned (somewhat) is that he’s given the piece at least one woman who is a fully realized human being and not simply a cipher waiting to be completed or broken by a male hero, or a female character who might as well be a guy, as Rachel McAdams played her role in season 2.

Ali and Ejogo have stronger chemistry here than Ali and Dorff, and that seems to be a purposeful choice and, given Dorff’s more limited dramatic range, the right one.

But this is still Nic Pizzolatto after all, which means the other significant female role, that of Mamie Gummer’s Lucy Purcell, is a screaming harpy who, in one scene, declares that she knows she has the “soul of a whore.” And maybe that wouldn’t be so vexing from another auteur creator. A better one wouldn’t make Ali sell a recollection’s permanence by explaining he remembers the date the kids went missing because it happened on the same day Steve McQueen died.  I’m not saying that note is implausible, but that regardless of how smoothly Ali delivers that line it might as well be spilling out of Pizzolatto’s mouth; in the context of the series, it's a too-obvious flourish of ersatz cool.

At the very least Ali’s muscular performance, and that of Scoot McNairy as the bereaved father of the missing kids, earn the show a little more rope at the end of each episode.

Nevertheless it’s tough to shake the sense that the third outing for “True Detective” could leave us with as much of a contentment gap as the close of the Rusty and Marty chronicles. Circling back is a fine plan, especially given the amount of time that has gone by. But if the action spins off into nothing again at the end of this Lazarus act, and after so much hype, I suspect fewer people will be jonesing to re-open the case again.