A spokesperson defended the school, saying "it's absurd" that "the school’s religious beliefs are under attack" 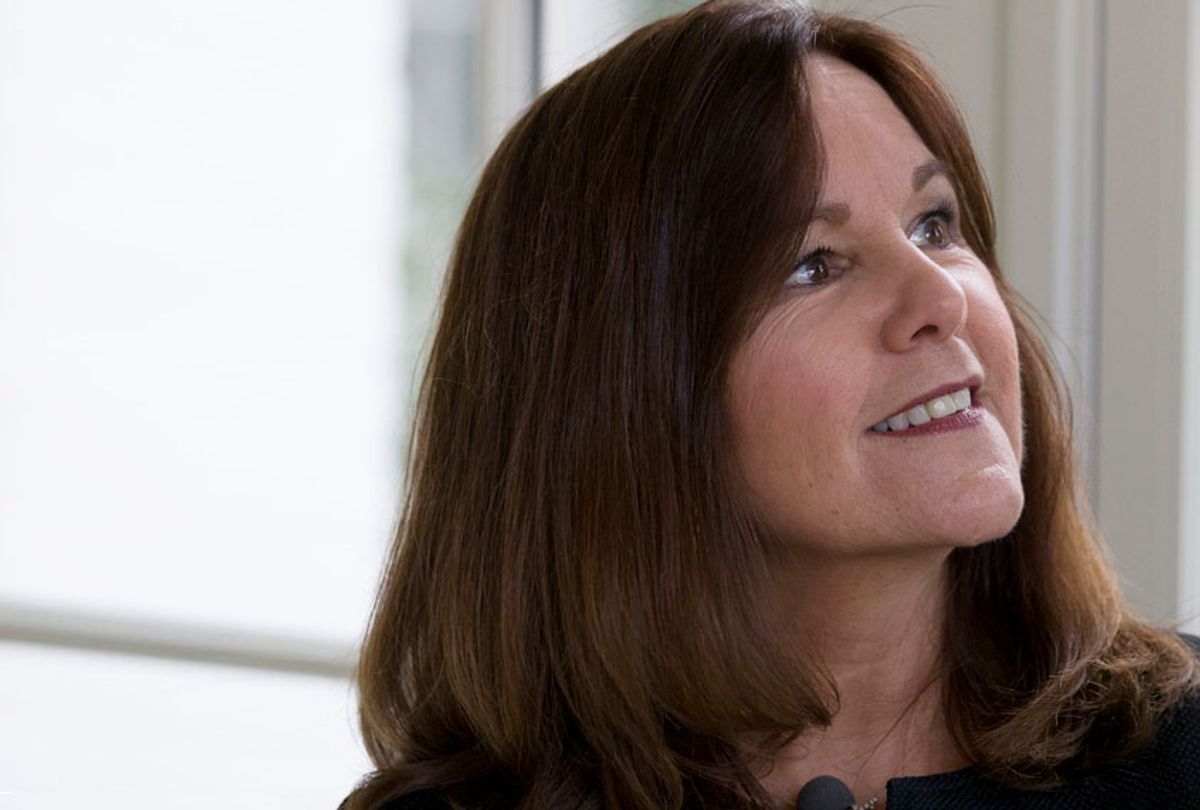 Karen Pence, wife of Vice President Mike Pence, returned to the classroom this week as a part-time art teacher at an elementary school that refuses admission to LGBTQ students, to children of LGBTQ parents, and even to those who condone or support sexual/gender equality. The school also requires potential employees to sign a pledge affirming that marriage can only be between a man and woman. These policies are detailed in the school's parent agreement and 2018 employment application for Immanuel Christian School, first surfaced in HuffPost.

The employment application states that the school — a private K-8 school in Springfield, VA — believes that "A wife is commanded to submit to her husband as the church submits to Christ" and that potential employees must pledge to "live a personal life of moral purity."

"I understand that the term 'marriage' has only one meaning; the uniting of one man and one woman in a single, exclusive covenant union as delineated in Scripture," the application says, adding that God intends sex as only between a married man and woman.

"Moral misconduct which violates the bona fide occupational qualifications for employees includes, but is not limited to, such behaviors as the following: heterosexual activity outside of marriage (e.g., premarital sex, cohabitation, extramarital sex), homosexual or lesbian sexual activity, polygamy, transgender identity, any other violation of the unique roles of male and female, sexual harassment, use or viewing of pornographic material or websites," the application continues. It also asks applicants to "explain" their view of "the creation/evolution debate."

The Immanuel Christian School's parent agreement has a similar “biblical morality” policy, where parents must affirm only heterosexual marriage, and says that students can be forced out from the school for "participating in, supporting, or condoning sexual immorality, homosexual activity or bi-sexual activity."

A spokesperson for Karen Pence told the HuffPost that the vice president's wife had previously taught at the elementary for 12 years while Pence was in Congress and that "It’s absurd that her decision to teach art to children at a Christian school, and the school’s religious beliefs, are under attack." According to the Washington Post, Karen Pence's spokesperson did not verify whether she had signed the morality pledge. But HuffPost also reported that Pence's daughter Charlotte, author of "Marlon Bundo's Day in the Life of the Vice President," attended the school as well.

Karen will teach art at the Christian school twice a week until May. "I am excited to be back in the classroom and doing what I love to do," the second lady said in a statement, according to USA Today. "I have missed teaching art."

Many have noted that the school's language on sexuality is fairly common for conservative Christian institutions. And in Virginia, as well in more than two dozen other states, it remains legal for private employers to discriminate based on one's sexual orientation or gender.

Robert W. Tuttle, a professor of law and religion at George Washington Law School, told the Post that Karen's choice to teach at the Christian school is not surprising and within her rights. "And this confirms their bona fides with religious conservatives," he added, "and they sort of seem to do that, because Donald Trump, whatever he might say, is not that."

But at least one LGBTQ rights group questioned Karen's decision to teach there. "Why not teach at a school that welcomes everyone, instead of choosing one that won’t serve LGBTQ kids, kids of LGBTQ parents?" JoDee Winterhof, senior vice president for policy and political affairs at the Human Rights Campaign, said in a statement to HuffPost. "The Pences never seem to miss an opportunity to show their public service only extends to some."

As Tuttle said, Karen's employment at Immanuel is hardly surprising, but still deeply disappointing and troubling. Mike Pence is second-in-command of the country, and his wife's choice to work at a school that systematically discriminates against LGBTQ employees, students and families both legitimizes and endorses the school's hateful — and yes, still legal — message.

In pockets of the country, it can feel like so much progress has been made when it comes to eliminating LGBTQ bigotry. But on Thursday, New York state just finally voted to ban conversion therapy and only 20 states plus Washington, D.C., bar discrimination on the basis of sexual orientation and gender in public and private sectors. Thus, the reality of "progress" points more to the strength and resilience of the LGBTQ community in speaking out and fighting back, and in living unapologetically despite being forced to survive in a country that continues to legally pile on hate and exclusion in myriad ways.

This is also why Kevin Hart's jokes and tweets were so harmful to the LGBTQ community and why his dismissive non-apology was so infuriating. This is how Ed Buck, Democratic donor and activist has been able to evade accountability, despite two queer black men being found dead in his apartment within a span of 18 months. This is how the Immanuel Christian School can state that it "does not discriminate in its employment practices against any person because of race, color, national or ethnic origin, gender, age or qualified disability," but can require discrimination against LGBTQ students and parents. The list goes on.

It can be easy to get distracted by the circus act that is President Trump, with his constant misspelled tweets and cold Whopper buffets. But standing behind the president is Mike Pence, who has repeatedly tried to re-brand blatant homophobia as religious freedom, a tactic now echoed in Karen's spokesperson's defense of her own employment. The story of Karen's new job serves as a glaring reminder of what kind of regime awaits America if Trump is removed from office. There are no good options.