House Republican quits weeks after being relegated to minority status

Rep. Tom Marino, R-PA., has resigned only weeks after the GOP lost its majority 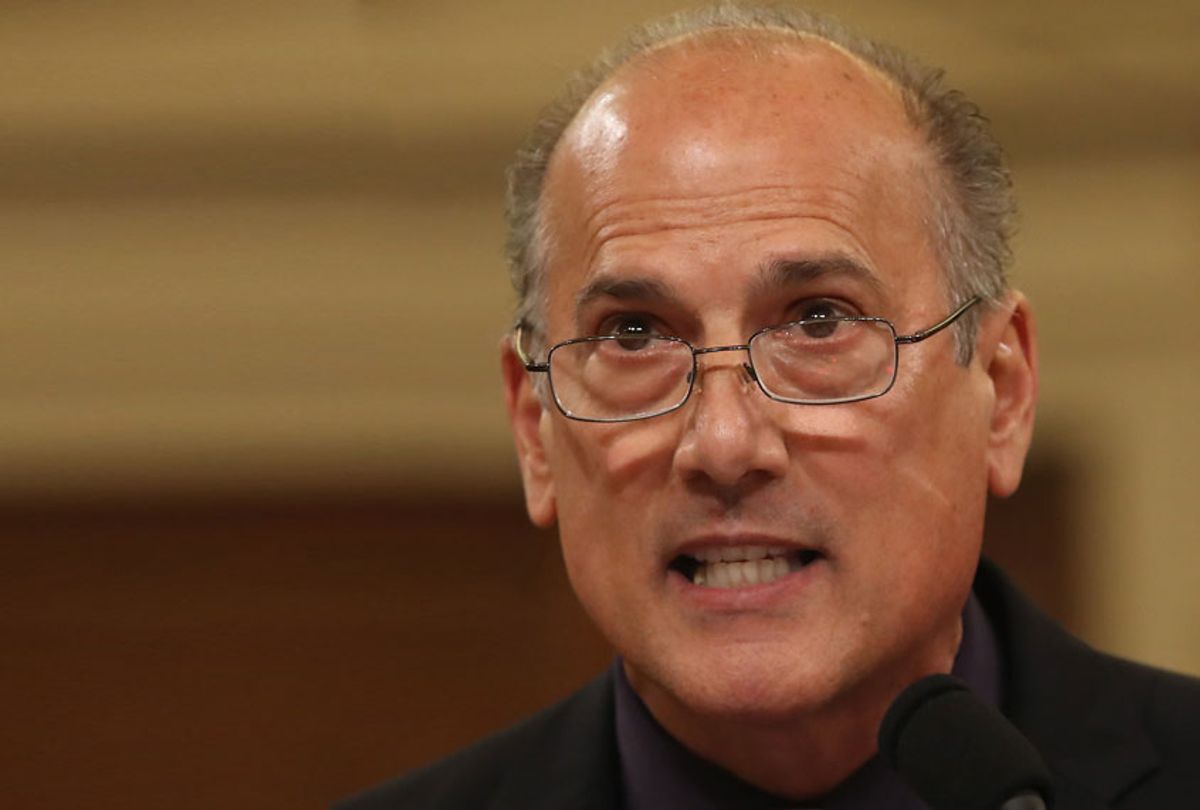 Rep. Tom Marino, a five-term Republican congressman from Pennsylvania who co-chaired President Donald Trump's campaign, has announced that he is resigning.

"Having spent over two decades serving the public, I have chosen to take a position in the private sector where I can use both my legal and business experience to create jobs around the nation," Marino explained in a statement, according to The Daily Item.

He added, "I want to thank the people of the 12th Congressional District of Pennsylvania for the faith they have placed in me to represent them in Congress. It truly has been one of the greatest honors of my life."

Pennsylvania's 12th congressional district represents a geographically large section of the state, covering much of the north central and northeastern areas. In addition to being well-known as the representative from that district and for his support of Trump, Marino is notorious for the two attempts made by the Trump administration to appoint him as America's drug czar. On both occasions, those efforts were derailed by Marino's own shady past involving pharmaceuticals.

He has authored two recent successful drug policy bills, but both have their critics. The 2016 Transnational Drug Trafficking Act expands the ability of U.S. prosecutors to use extraterritoriality to go after international drug traffickers, but while the law is touted as aiming at "kingpins," but observers south of the border have argued that the law "targets people on the lowest rungs of the trafficking ladder, i.e. Colombia's coca farmers."

Marino was also an author and key supporter of the 2016 Ensuring Patient Access and Effective Drug Enforcement Act, which supporters characterized as balancing the needs of patients, the pharmaceutical industry, and law enforcement, but which critics describe as a means of undercutting the DEA's ability to hold pharmaceutical drug distributors accountable for the diversion of large amounts of opioid pain relievers.

Sen. Joe Manchin of West Virginia — a Democrat who has been willing to support Trump more than most other members of his party in the Senate, and whose state is plagued with the highest number of drug overdose deaths in the country — famously said of Marino, "Over my dead body will he be the drug czar," according to Politico.

Manchin praised the decision as well, tweeting "@realDonaldTrump - thanks for recognizing we need a drug czar who has seen the devastating effects of the problem."