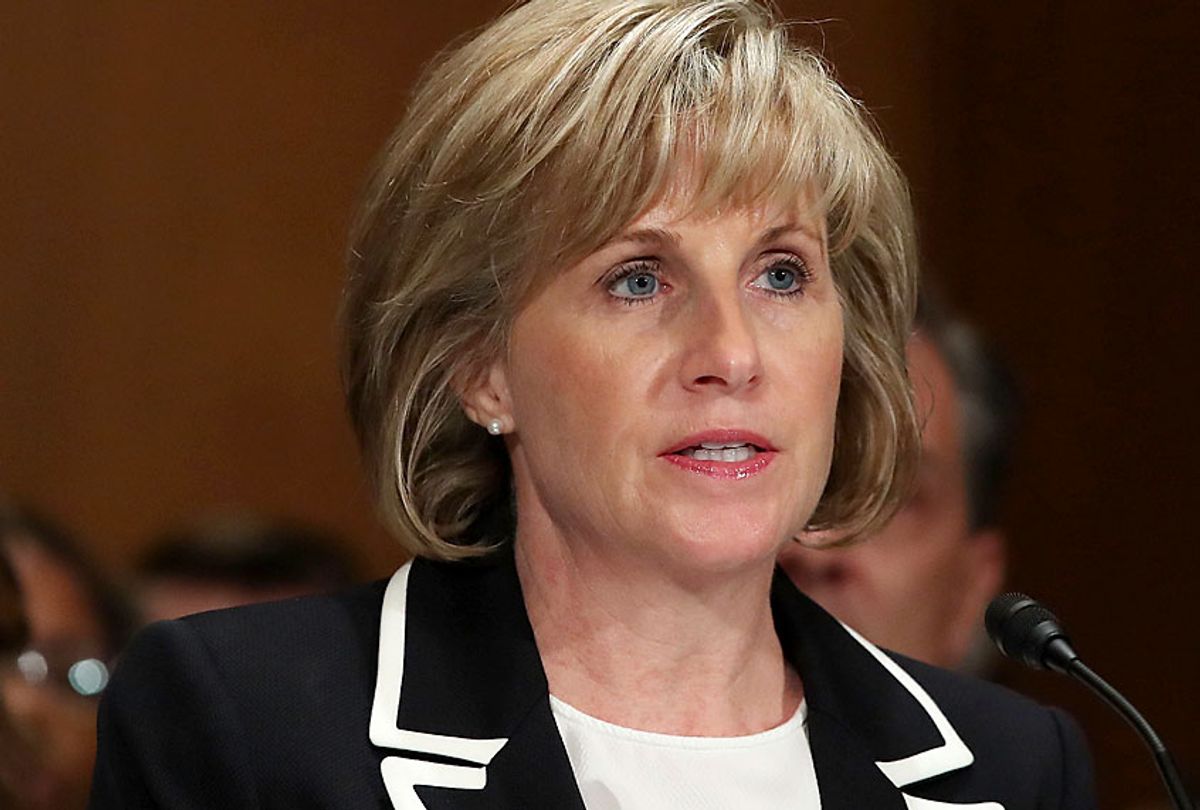 Pam Patenaude, the second-in command at the agency led by Ben Carson, expressed concern over the Trump administration's attempt to withhold the funds – and to states hit by hurricanes last fall. She reportedly visited Puerto Rico more than a half-dozen times during her tenure. The Post elaborates:

President Trump in late September grew incensed after hearing, erroneously, that Puerto Rico was using the emergency money to pay off its debt, according to two people with direct knowledge of Trump’s thinking.

Trump told then-White House Chief of Staff John F. Kelly and then-Office of Management and Budget Director Mick Mulvaney that he did not want a single dollar going to Puerto Rico, because he thought the island was misusing the money and taking advantage of the government, according to a person with direct knowledge of the discussions who spoke on the condition of anonymity to describe sensitive internal deliberations. Instead, he wanted more of the money to go to Texas and Florida, the person said.

"I didn't push back," Patenaude told the Post, referring to Trump's attempt to block relief funding. "I advocated for Puerto Rico and assured the White House that Puerto Rico had sufficient financial controls in place and had put together a thoughtful housing and economic development recovery plan."

Carlos Mercader, the executive director of the Puerto Rico Federal Affairs Administration in Washington, told the Post that Patenaude displayed the "most commitment to Puerto Rico of any of the public officials inside the Trump administration." Mercader joined Patenaude on several trips to the island. "From the governor down, we are all grateful for everything she did," he added.

Patenaude is expected to transition out of the role in recent weeks. "It's a bittersweet farewell to HUD," she told the newspaper. Her impending departure comes as HUD has come under scrutiny for not renewing thousands of expired affordable-housing contracts before the beginning of the partial government shutdown, which began shortly before Christmas. The shutdown, as it currently stands, appears to have no end in sight and has entered its 27th day, making it the longest budget impasse in U.S. history. The Post noted that not renewing those contracts jeopardizes "the budgets of property owners and the housing stability of low-income tenants."

Patenaude announced her departure prior to the ongoing partial government shutdown. She denied to the Post that internal conflicts in the administration played a role in her decision to leave, and said she looks forward to spending time with her husband at their home in New Hampshire. "These jobs are all-consuming," she said. "There are no ulterior motives. I'm not mad at the administration."

Her impending departure, planned before the shutdown began Dec. 22, hampered the agency's ability to prepare for the closure, career and political staffers told the Post. HUD is under fire for not renewing hundreds of expired affordable-housing contracts before the shutdown went into effect, jeopardizing the budgets of property owners and the housing stability of low-income tenants.

According to the Post, housing advocates and agency staffer's described Patenaude's resignation as a "blow to an agency in which the morale of career staffers has deteriorated under Carson."

"She knows the HUD building, the issues, the policies and the politics. She was an especially strong and important counterpoint to Secretary Carson’s early lack of knowledge on any of the issues that he was expected to lead on," Diane Yentel, president and chief executive of the National Low Income Housing Coalition, told the newspaper. "When she battled some of the more ideologically far-right members of her administration, she typically won."