The House speaker also proposed another alternative measure to Trump: Consider delivering the speech in writing 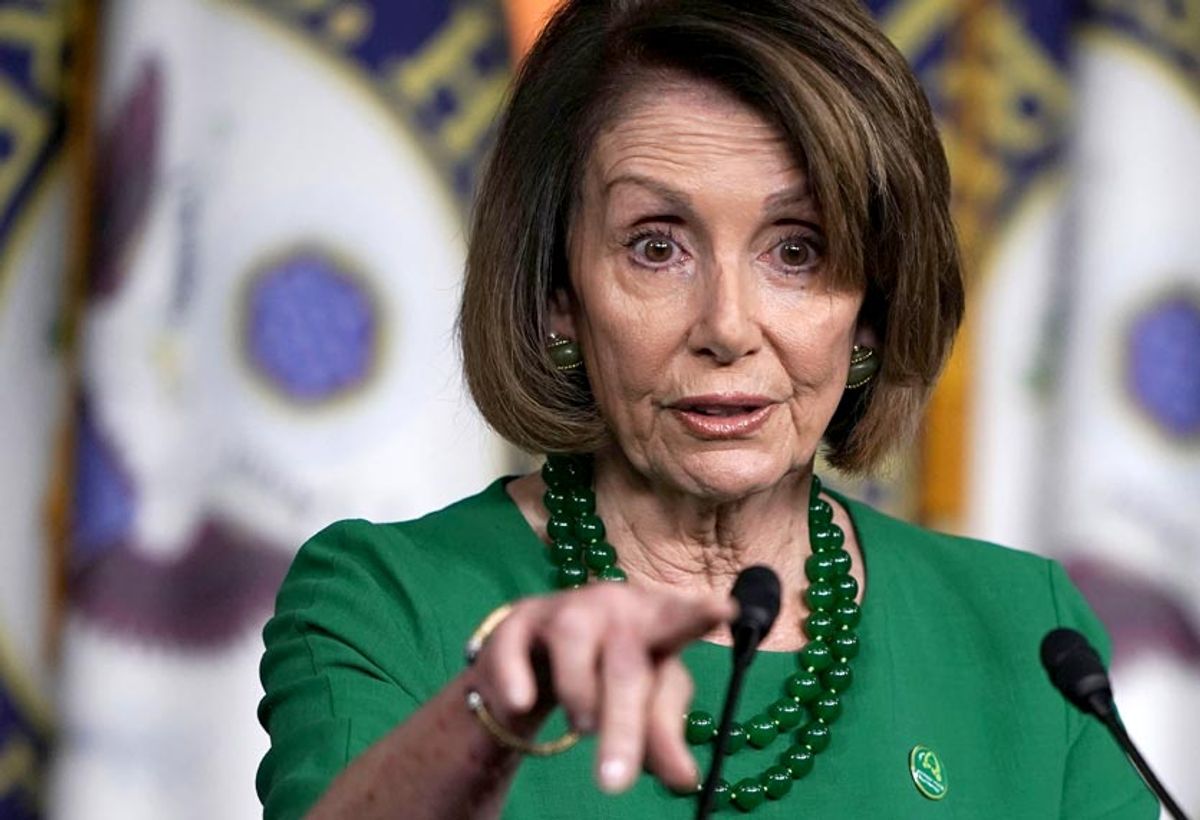 Rep. Nancy Pelosi (D-Calif.), the newly-elected Speaker of the House of Representatives, asked President Donald Trump on Wednesday to delay his State of the Union address — or deliver it in writing — as long as the government remains shut down.

Pelosi said the partial shutdown has restricted the abilities of both the U.S. Secret Service and the Department of Homeland Security, potentially harming the "weeks of detailed planning . . . to prepare for the safety of all participants" that precedes the primetime address.

"Sadly, given the security concerns and unless government reopens this week, I suggest that we work together to determine another suitable date after government has re-opened for this address or for you to consider delivering your State of the Union address in writing to the Congress on January 29th," Pelosi wrote in a letter to Trump.

The announcement comes as a group of bipartisan lawmakers in the Problem Solvers Caucus is scheduled to meet with the president on Wednesday to negotiate border wall funding. According to Politico, "Democrats are rallying fellow members to stay together as the White House tries to peel off members known for cutting deals" and Senate Minority Leader Chuck Schumer (D-N.Y.) instructed the group to "stay unified in their opposition."

"Staff have been discussing the idea of postponing the State of the Union for months, with some expressing concern about scheduling travel plans for lawmakers and guests as well," Politico noted. Some Democrats "don't want to give Trump a major platform to blame them for the shutdown when Trump's demand for billions in wall funding has been the main driver," the news outlet added, citing a Democratic lawmaker close to the leadership.

Additionally, CNN's Kaitlan Collins reported that White House adviser "Stephen Miller and other White House speechwriters have been working on the SOTU address for weeks. An administration official said they were prepared to craft it around the government shutdown, targeting Democrats, if it was still closed."

The federal government entered into a partial shutdown shortly before the Christmas holiday over Congress' inability to pass a spending package that includes the $5.7 billion Trump has claimed is necessary to construct a "wall" along the U.S.-Mexico border. Trump and congressional Democrats continue to spar over funds to build a wall along the southern border, with Trump threatening to declare a national emergency to fund the wall if Democrats do not budge. The shutdown, as it currently stands, appears to have no end in sight and has entered its 26 day, making it the longest budget impasse in U.S. history. Meanwhile, negotiations to reopen the nine federal agencies, which have been shut down since Dec. 22, continue to stall.