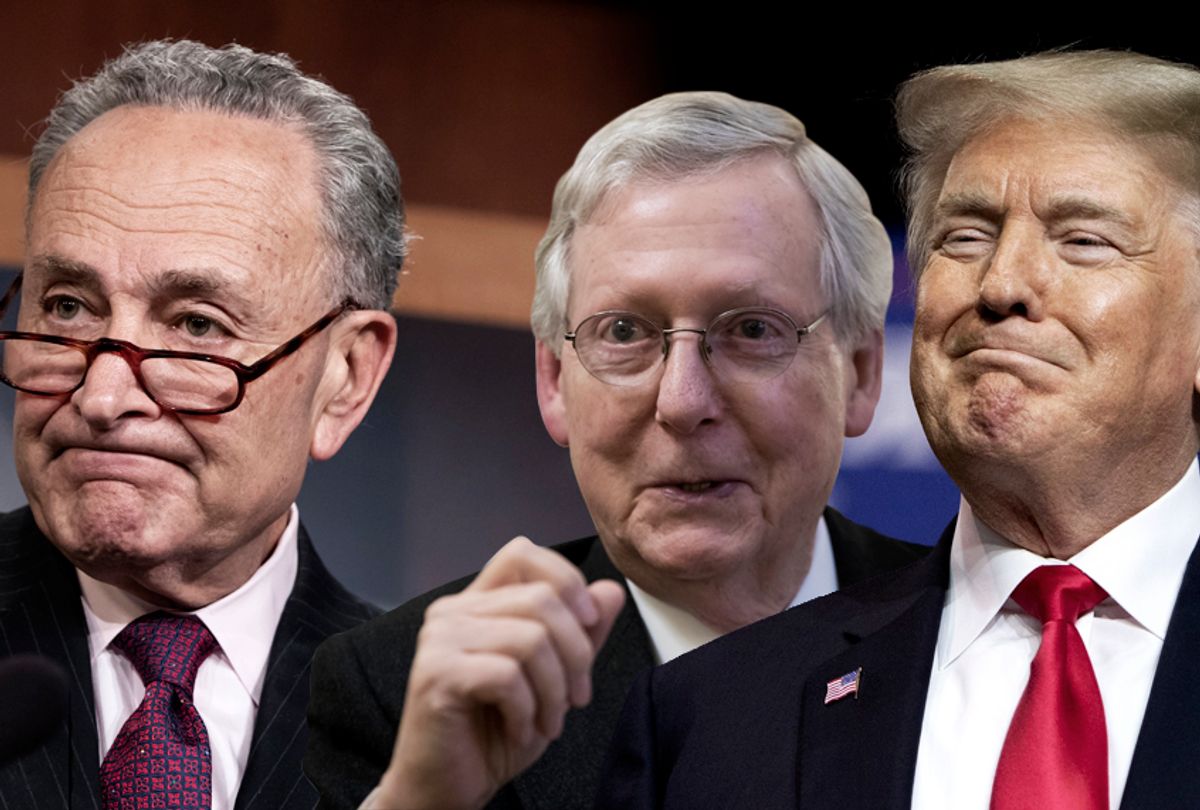 It may not seem like that much time has passed since the government shutdown began on Dec. 22, but as Americans enter the New Year with their federal state only partly operational, it is valuable to examine the most important developments that have occurred since the start of the holiday season.

We can start with a new report that on the 12th day of the shutdown the president invited a bipartisan group of congressional leaders for a closed-door meeting in the White House Situation Room and admitted that the reason the federal government remains partially inoperable is because of his ego.

“I said, ‘Mr. President, give me one good reason why you should continue your shutdown,” Sen. Schumer said after a White House meeting with the president Wednesday. “He could not give a good answer.”

According to a CNN report, however, Trump did offer an answer, reportedly telling Senate Minority Leader Chuck Schumer he would “look foolish” if he allowed the government to reopen while the wall funding was being negotiated, according to sources briefed on the meeting.

“We have given the Republicans a chance to take ‘yes’ for an answer,” House Minority Leader Nancy Pelosi said after the meeting. But with a West Wing hallowed out of talent and ideas and moderating influences, it’s not clear Trump himself actually wants to get to “yes” at all.

The president has called for congressional leaders to return to the White House on Friday, top Republicans said shortly after the contentious closed-door meeting.

While the thousands of federal workers continue to work without a paycheck, the president has spent the majority of the shutdown not negotiating a deal to end it but blaming Democrats for the shutdown he previously said he was proud to own.

"I am proud to shut down the government for border security ... I will be the one to shut [the government] down. I'm not going to blame you for it," Trump himself famously said in a meeting last month.

In terms of actual progress toward resolving the differences that led to the shutdown? There hasn't been much of anything. While incoming House Speaker Nancy Pelosi and Schumer have put forward a bill that would end the partial shutdown, it only offers $1.3 billion toward border security instead of the $5 billion that Trump has demanded for a border wall, according to CBS News. This is the case even though the Smithsonian announced last week/year that it would have to close all of its museums and the National Zoo on Wednesday if it didn't receive funding, according to NPR. Within days the Environmental Protection Agency also announced that it would have to stop operating during the shutdown. The National Parks have also taken a hit, with The Washington Post running an article on Tuesday that elaborated on the bleak situation:

Some parks across the country have remained partially operational with state funding. Contingency plans adopted by the National Park Service last year have allowed many national parks to remain accessible, but without staffing. The result is that “closed” parks are essentially wide open. In some cases, that gives them a Wild West vibe.

The Park Service runs a constellation of parks, monuments, battlefields and historical sites. At Antietam National Battlefield in Maryland, the visitor center has a notice on the front door advising people “to use extreme caution if choosing to enter” park property. On the hallowed ground, where the federal Army of the Potomac collided with the rebel Army of Northern Virginia in the bloodiest day in American military history, the flagpole in front of the visitor center remains conspicuously bare.