Despite the dismal poll numbers, Donald Trump is still threatening to up the ante to get his border wall 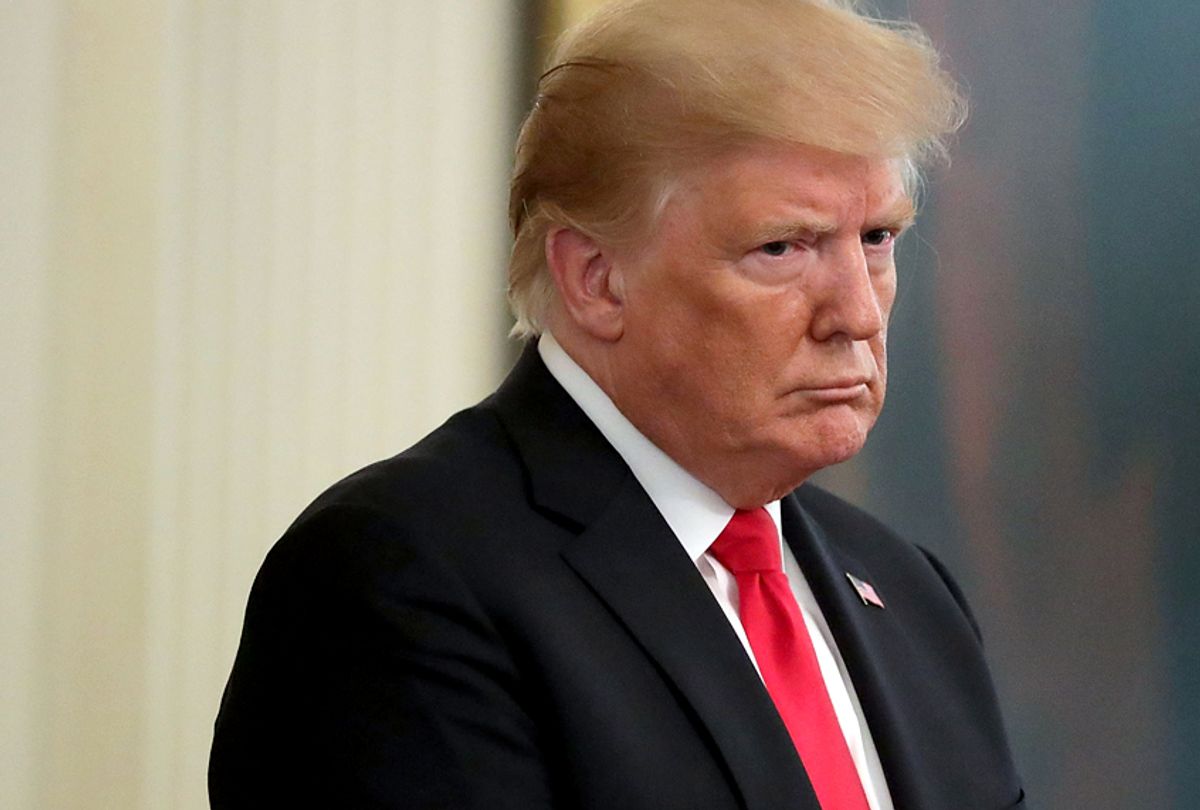 More Americans blame President Donald Trump than the Democrats for the government shutdown, according to a new Reuters/Ipsos poll released on Thursday.

The poll, which was released as the government shutdown entered its sixth day, reveals that 47 percent of Americans hold the president accountable for the shutdown, while 33 percent of blamed Democrats in Congress. Seven percent of respondents said Republicans in the House and the Senate were to blame.

The government shut down on Saturday after Congress and the White House failed to break a bitter budget standoff, as Democrats have the Senate votes to block any spending bill that includes funding Trump's wall — and Trump said he'll veto any bill that doesn't.

The Senate, in a bipartisan voice vote, passed a stop-gap spending bill on Thursday that would fund the government until Feb. 8, 2019 and prevent a partial government shutdown. The legislation did not include funding for border security. Meanwhile, the Republican-controlled House rejected that measure and passed a spending bill on Thursday that also kept the government open until Feb. 8, 2019 and includes more than $5 billion for border security. That bill has been rejected by Democrats and did not have the support to pass the Senate.

As a result, Democrats and Republicans on Capitol Hill are now embroiled in a public blame game over who is responsible for the government shutdown. Trump has attempted to pin blame on Democrats for the shutdown, pointing to the passage by the House of a spending bill that includes funding for the wall, even though he previously said he would be "proud" to shut down the government if Congress did not agree to provide at least $5 billion toward one of his biggest campaign promises. He also suggested that Senate rules should be amended, if necessary, so that Republicans in the upper chamber could pass a spending bill without support from the Democrats.

Trump also alleged on Thursday that the hundreds of thousands of federal workers either furloughed or working without pay "are Democrats" — just two days after he claimed "many" of those government employees told him they're fine with not getting paid so long as Congress does not provide the funds he claims are needed to build his long-promised wall along the U.S.-Mexico border.

The president also criticized House Minority Leader Nancy Pelosi (D-Calif.), who said in an Oval Office meeting last week that she did not think Trump could garner the votes he needs to pass a spending bill that includes funding for his border wall and noted that Trump repeatedly promised during the 2016 presidential campaign that Mexico would pay for it — a promise that Mexico has repeatedly rebuked.

"Nancy does not have to apologize. All I want is GREAT BORDER SECURITY!" Trump wrote.

Meanwhile, the Democrats appear confident they will win the blame game because of Trump's repeated threats to shut down the government if Congress does not provide the funds he claims are needed to build a wall along the U.S.-Mexico border.

"If we don't get what we want one way or the other . . . I will shut down the government," Trump said during a meeting at the White House with congressional Democratic leaders Nancy Pelosi, D-Calif., and Chuck Schumer, D-N.Y.

The latest Reuters/Ipsos survey is likely to bolster the Democratic Party's confidence. In addition, the Democrats will seize control of the House of Representatives on Jan. 3 — a result of November's midterm election cycle. The new House Democratic majority is expected to quickly pass legislation to reopen the government as Pelosi is poised to reclaim the speaker's gavel. And Trump’s approval rating in Morning Consult’s polling just dipped below 40 percent.

"If President Trump and Republicans choose to continue this Trump Shutdown, the new House Democratic majority will swiftly pass legislation to re-open government in January," Pelosi and Schumer said in a joint statement last week.

The Reuters/Ipsos poll was conducted online in English across the United States. It gathered responses from 2,440 adults, including 946 Democrats and 846 Republicans. The poll has a credibility interval of two percentage points for the entire sample and four points for members of either political party.